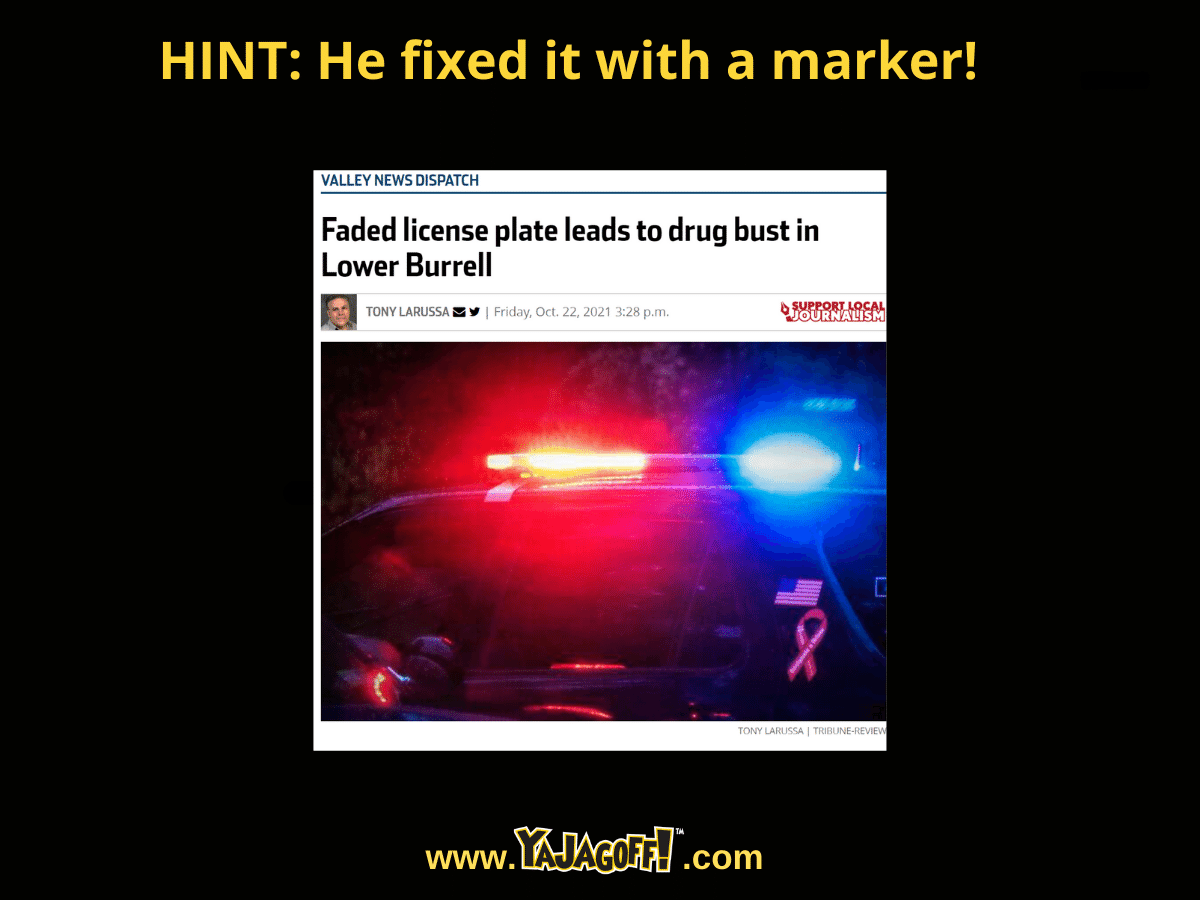 This part of the story says it all “A faded license plate highlighted with a marker led Lower Burrell police to drug bust along Greensburg Road this week.” See story online at TribLive.com.

As the story is written, the car was driving extra slow because they saw a police officer. You know how you do that, even when you’re NOT drinking.. you get paranoid. On top of that, the car was loaded with people that were paranoid and, allegedly a fair amount of “things” like ” drug paraphernalia, empty stamp bags and suspected crystal meth found in the front of the vehicle, police confiscated what appeared to be an “I owe you” book with price lists for “bundles” and “bricks” of heroin as well as the names of clients.”

But the best part of the story is that, since the license plate was faded, our boy had fixed his plate with a marker.. like.. colored it in with it.

Dude, not gonna tell ya how silly this sounds but, you’re not a good criminal. Just like a fake Facebook request, all of the people on your hit list are gonna get a “friend request” about their drugs from the police! They are not going to like you!

The big question we have is, when you colored the license plate in, did you stick your tongue out like a little kid doing a coloring page?  Either way, doesn’t sound like ya did a good job staying inside the lines, Ya Jagoff!