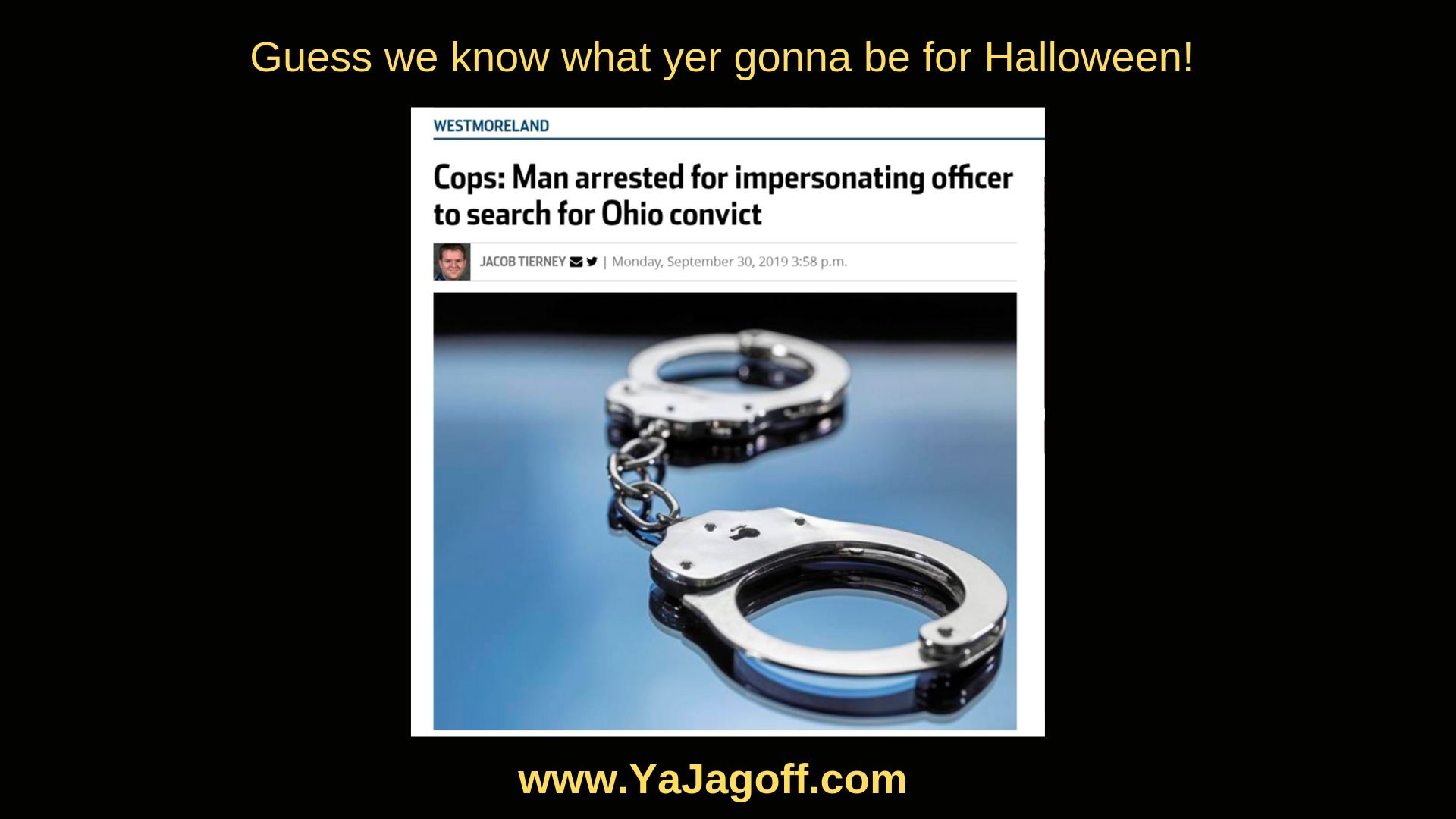 Well… this is story is just in time for Halloween.. ok.. maybe it’s a little early but not as early as the Halloween KitKat bars that have been in the grocery stores since August.

Here’s and excerpt of this story from TribLive.com

Matthew Joseph James, 19, of Derry, is charged with impersonating a public servant, flight to avoid apprehension and loitering at night.

Police started investigating when an officer’s wife told her husband that two young males dressed like police officers were on bicycles on West 3rd Street., shining flashlights in her windows, according to court documents.

….they had been wearing police costumes earlier, including police hats and plastic badges, court documents said.

They allegedly said they were looking for an escaped convict from Ohio, who had been spotted in Westmoreland County.

On top of that, our boy Matty, once caught and given a talking to.. decided to fake going to the police officer’s home’s restroom and ran!  But… they had his “partner” who was STILL detained… call him on his cell phone!

Dude.. plastic badges? Costumes? Shining flashlights in house windows.. just to happen to be a police officer’s house and… then.. running away and leaving your bud behind to ring you up after you dust him??  Matty James… son, you are clearly not a direct descendant of the mastermind outlaw Jesse James!

Dude…just guarantee us that you don’t go as the Village People cop!  I mean the YMCA (it’s fun to stay at the Y-M-C-A) is catchy.. (you’re welcome from the ear worm) but that costume is more bad taste than your fake badge and t-shirt!

Matty…good luck to you and your bud impersonating prisoners, Ya Jagoff!