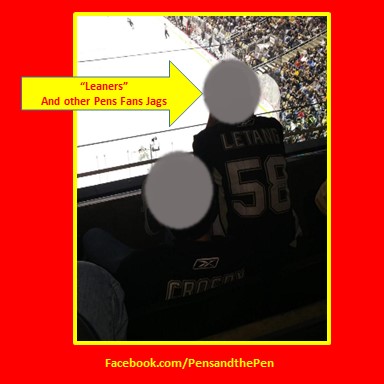 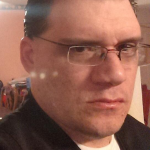 Being a Penguins season ticket holder, is like being part of a family. I’m sure it’s the same for any sport, especially in a city that’S as passionate about its teams like we are. Your seat neighbors become friends, and the shared experiences along the emotional ride that is hockey season forms a bond. So too, do the various displays of jagoffery that all of us endure. The following is a list of some of the most frequent offenders.

The Stoneface Jag: They sit there just blankly staring at the ice. Whether it’s a big hit by Robert Bortuzzo, a beautiful save by Fleury, or an eye-popping and mumps-free goal by Sid they sit there like a zombie. Now I am REALLY loud at Consol (if you’re ever in 212 listen for a long, loud “LET’S GO PENS!” when the lights go out) but I can’t carry the whole section. Even worse; sometimes they get annoyed with my enthusiastic antics…which only makes me louder. Jagoffery reciprocated, pal.

The Profane Jag: We’re all guilty of letting our emotions get the best of us and letting some potty mouth come out. It happens; no big deal. But the Profane Jag takes it to another level…think Ralphie’s dad from “A Christmas Story”. Despite being surrounded by small children F-Bombs and Bullsmoke galore. When I am with a buddy, or my dad, or someone who is old enough to drive, I honestly don’t care. But have some consideration for the parents around you that do.

The Pigpen Jag: This one is tough to deal with; no one wants to be the jagoff who points out others’ lack of hygiene. But when you’re going to be sitting in close proximity to dozens of fans, please don’t smell like rotten meat and dirty feet.

The Early Riser Jag: This is the person that feels compelled to walk down the aisle during gameplay, and obstructing everyone’s view. Listen to the pregame announcement of the house rules and don’t stand up until a whistle.

The Jagoffs Leaving Early: These are the people who spend hundreds of dollars per game, and leave with 5 minutes (or more) left in the third period. It doesn’t matter if we’re winning or losing; close or blow out. They always do the March Of The jagoffs.

The Leaner Jag: This is the type of jagoff that’s the bane of our hockey fandom. They get seats in the very front row and feel entitled to use half of their seat. I understand that some don’t realize that they’re blocking the view of others behind them. This isn’t about them. This is about the repeat offenders who always lean during every game. (I’m looking at you, guy in the Bud Light Party Zone jersey).

It’s not the end of the world if you are one of these jags. But the next time you’re at Consol be prepared to scream loudly (but cleanly), stay seated until the whistle, and for God’s sake, SIT BACK, YA JAGOFF!