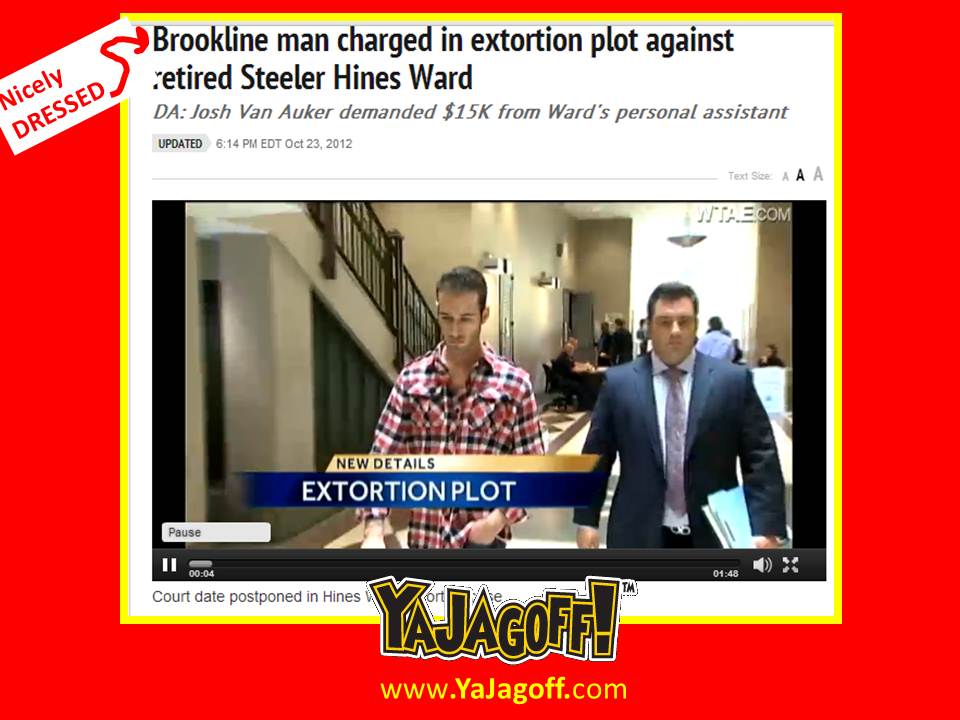 So yesterday, this guy from Brookline had to show up in court.  He is accused of trying to extort $15,000 cash from retired Steeler Hines Ward.  See the WTAE news story here.

Here is a summary of the SUPPOSEDLY’s:

26-year-old Joshua Van Auker, SUPPOSEDLY sent Hines’ assistant a text saying he had proof of Hines paying for sex and would go public with the information unless he was paid some cash

Here’s the kicker… he SUPPOSEDLY knows this because his “girlfriend” had a physical relationship with Hines Ward.

Well, there’s a great start to a happy life… throwing your girlfriend under the bus (and we don’t mean Jerome Bettis) by alleging she was a hooker.  WOW… gonna make the upcoming Holidays with the “honey” a little rough… now the entire family knows why she doesn’t show up for late-evening family functions!

Then, according to WPXI, Van Auker SUPPOSEDLY:

“When asked for comment after his arrest last week, Van Auker told the Pittsburgh Tribune-Review he’d grant an interview “for a price.”

So then the guy shows up for his preliminary hearing and, well, looks like he just walked in from an all-nighter on a South Side bar crawl.  Then, his attorney utters some of our most FAVORITE “he’s a good guy” type words,

“Certainly, he’s inexperienced. And I think he would answer for himself — which he’s not going to today — he certainly wouldn’t want to be in the situation he’s in right now,” (WPXI)

Ya know, sometimes you read criminal stories and you think to yourself, “that dude is REALLY smart.  If he would just use that intelligence to do good in the world, he’d be great!”  Well, not our man here…..we’re thinking he’s about as dumb as this all sounds!  We’re also betting that, in those texts, he’s ANOTHER person that doesn’t realize that old #86 spells his name H-I-N-E-S and not HEINZ like the ketchup.

Well my man, good luck with this.  The good news is that Hines wants nothing to do with you.  However, it would be cool to see you sentenced to 5 years in Hines’ basement tied to a blocking sled wearing a Keith Rivers Bengals shirt.  Then, when Hines gets mad about things…such as knuckleheads like you trying to take advantage of him, well, he has free access to come down a take a few runs at ya.  We also think you should be sentenced to live the second 5 years with the “girlfriend” that you just called a hooker on public record!

And finally, we have absolutely ZERO law experience other than Business Law 101 and 201 in college and watching episode after episode of “SUITS.”  However, we do believe that showing up in court fully intending on NOT being voted “Best Dressed” is a bad idea.  You might wanna check the Men’s Warehouse 2-fer sales in the upcoming weeks, Ya Jagoff!

Check out this new Recipe Book for from Ernie Ricci.  (Click the Pic for details)

It raises money in the name of the late John Cigna (KDKA Radio) for Little Sisters of the Poor! 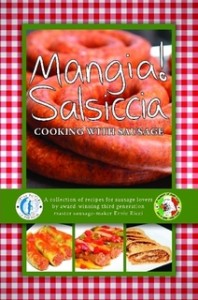 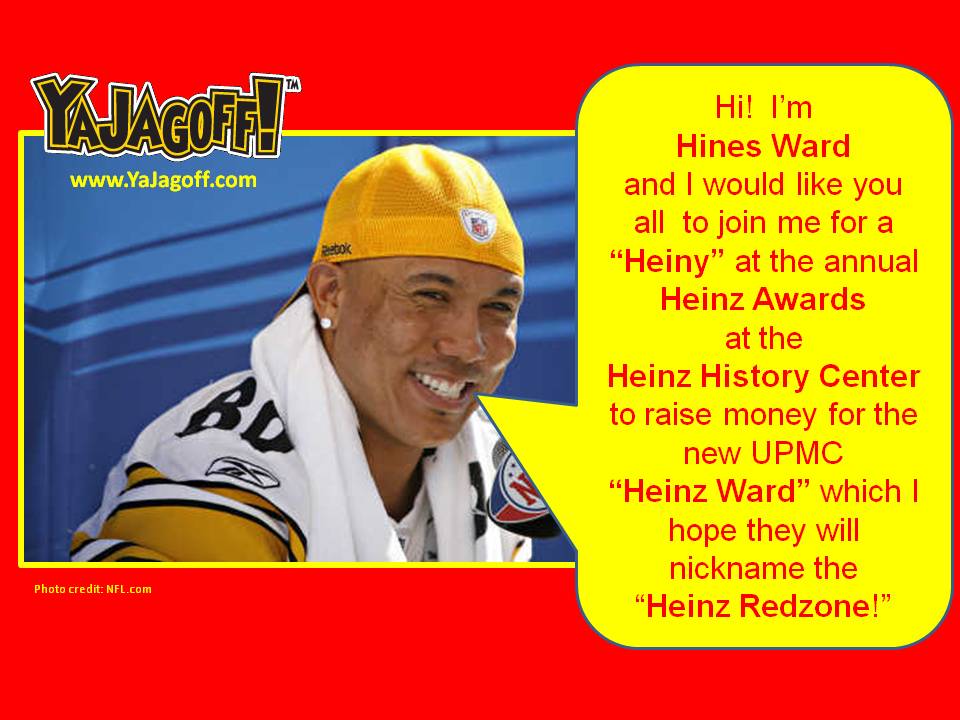 Where’s The “Heinz Ward?” UPMC or AGH? And What’s All The Fuss?

Just had to post this again given Hine’s awesome personal decision to NOT be like Franco Harris and Rod Woodson!!!! Originally posted, March 5th... 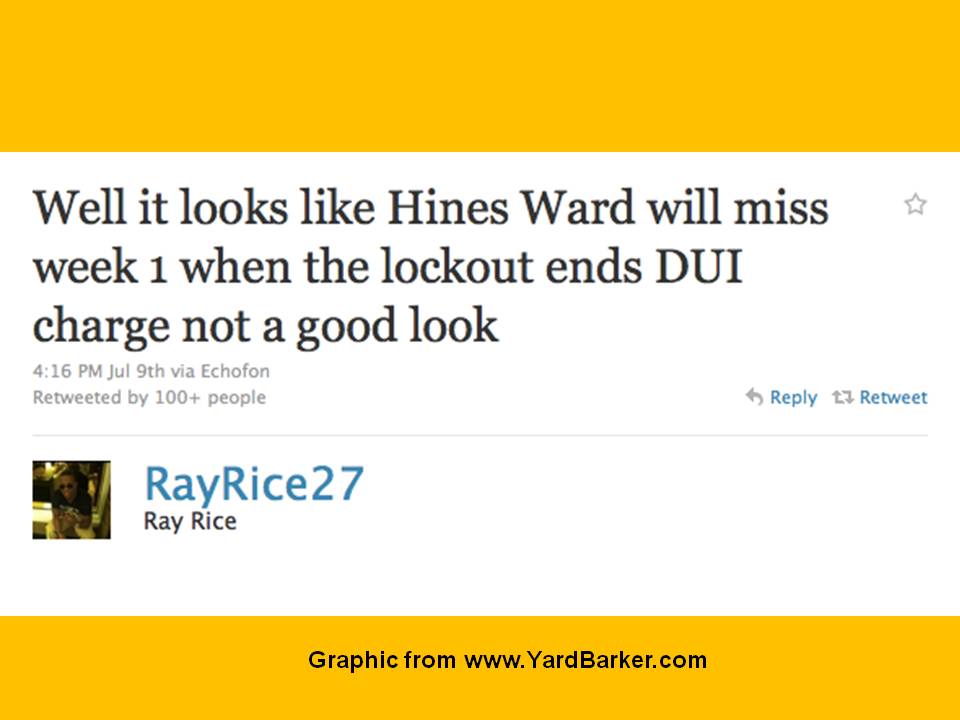 OK.. there are a lot of people that like Hines Ward and what he has done for the City and rep’ing himself.  This DUI...