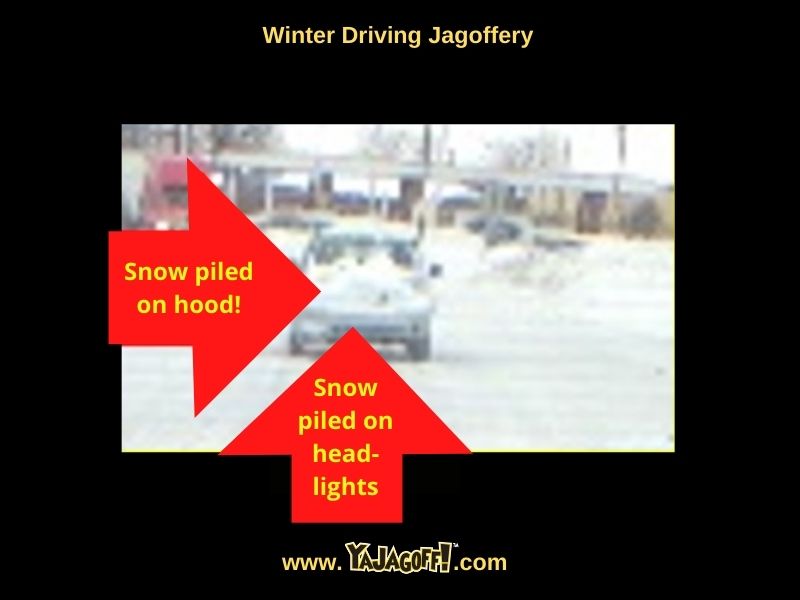 I realize it might be a little hard to see what’s happening in the pic above, it looks like it was taken by a Justin Beiber paparazzi with one of those old disposable Fuji File cameras while riding on a moped through  rural Italy.

At first, I took a second look… I thought I was seeing one of those cartoon cars with the engine sticking out of the hood… and.. of course.. covered in snow.

Do ya think this driver was driving around going…”Look at those mountains… how huge they are and how pretty they are covered in snow!” Or, “Wow.. it’s still snowing a lot and blowing right on to my windshield!”