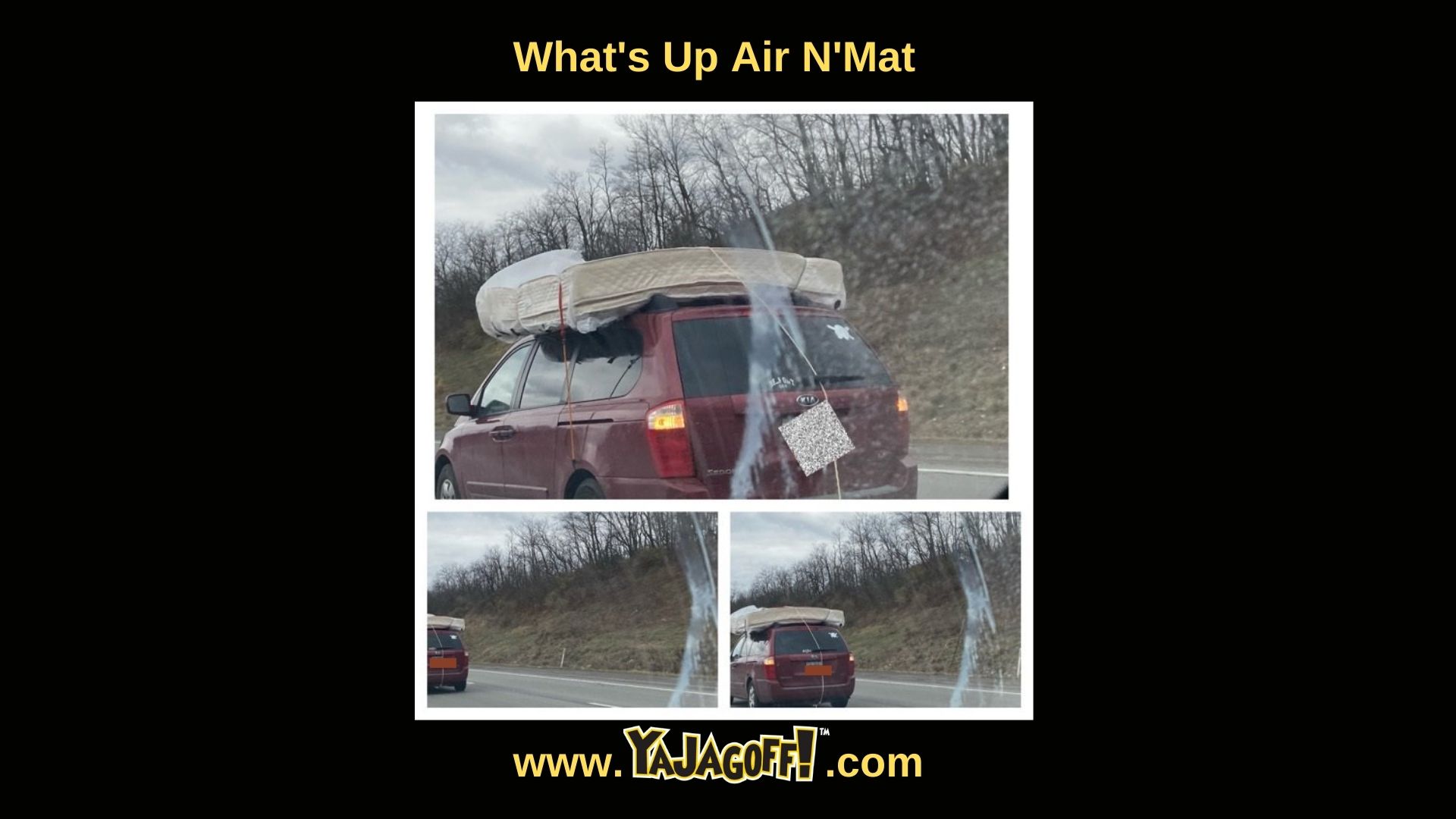 There is not some victory high five when we catch a jagoff.  Well, usually.  But occasionally when together we find jagoff joy in catching some, well jagoff, doing something a little cray.

John is almost always the one driving AND noticing odd things around us, in between his “driving annoyances,” not road rage.  While driving back to Pittsburgh from Gibsonia this weekend, John kinda yelled for me to get my camera ready.  I saw an SUV out of the corner of my eye with its blinkers on.  in front of the SUV was a vehicle with a mattress on the hood.

Clearly, John was kinda yelling because he was excited for me to capture the mattress, and before it became unattached to the hood of the vehicle and land on the highway causing a pile up.  I mean crazy enough that the probable queener was flopping around and could potentially cause a major traffic problem if it had fallen off, but a second culprit was involved driving behind it.  Like a procession for the mattress.

One bungee and a think strap on the back was supposed to hold the mattress muffin top AND there is a chance that the mattress overage MAY have crept onto the windshield, making driving a little more difficult. Not sure if there was a an MTO hankering at some point since they were near the Mt. Nebo exit.  Ya know, no Sheetz pit stop, ya jagoff!  Get it, Sheetz?  Mattress on the roof?  Happy Monday!