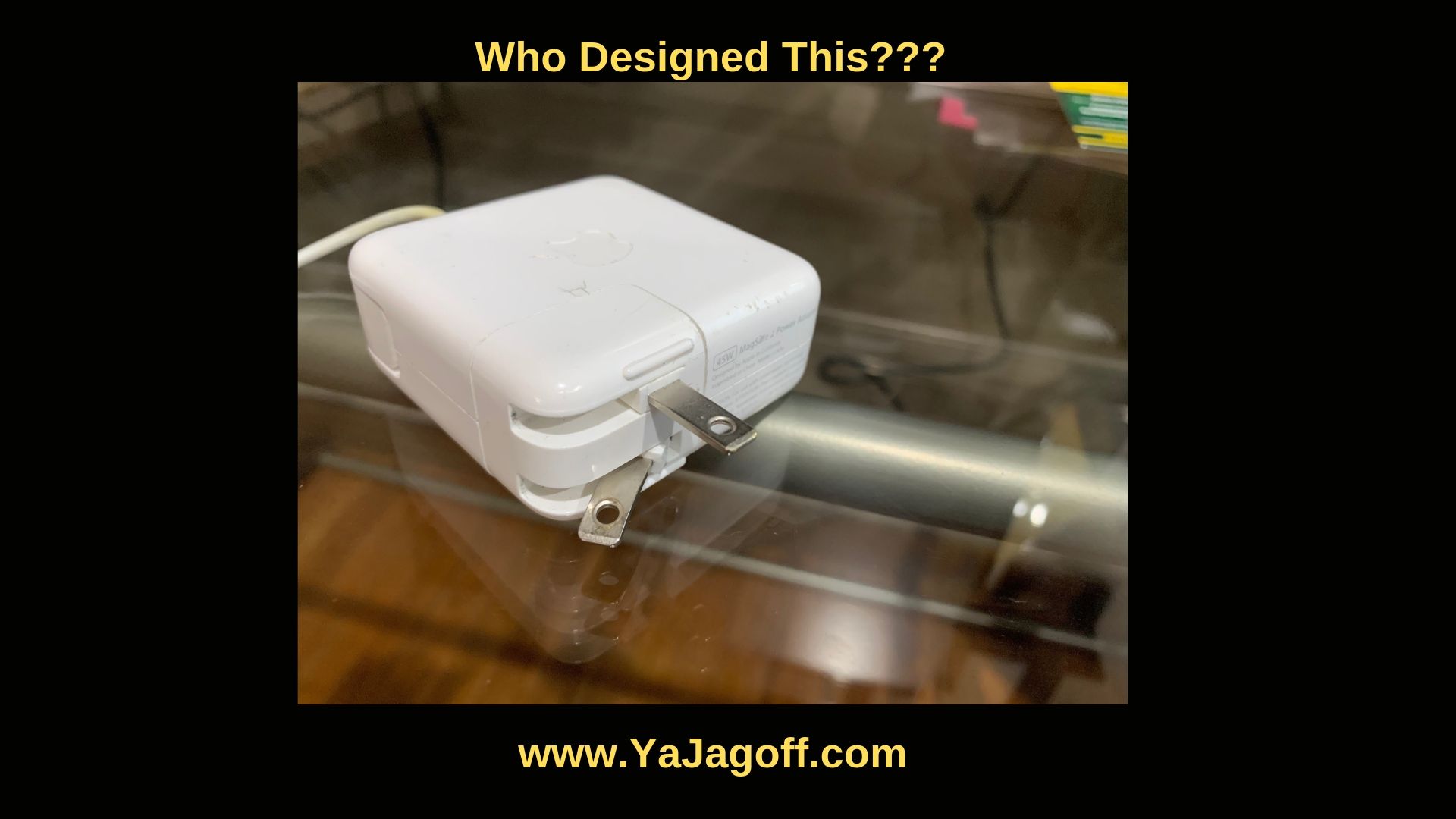 There is no question that the Apple folks have innovated.. to a point that some can’t even imagine.  I am almost ready to have an iPhone implanted into the back of my neck!

Truth be told, at times, when I am editing video in my Apple Smart Phone and it doesn’t work correctly, I want to throw the phone through the window! And then, I realize…settle down… you’re editing video on a PHONE… ya.. jag.. well…. you know.

And than there are some things that Apple creates that makes you wonder what spinning ride at Kennywood did they ride 4,021 times before creating a device.  Well..this plug is one of those!

We get it.. the plug is made to be flexible between all of the international electrical outlets. But….to have a plug where the prongs swivel in and out INDEPENDENTLY seems like someone flew out of the Kennywood Pirates Ship, landed in Baryne’s Curve for 41 consecutive rides and then hit their head on “taller than me” cut out at the bumper cars as they were passing out.

Who needs this?  Who has to plug the prongs in independent of the other?  Better yet.. who get’s so mad when he has to put this plug into an outlet and, now that it’s older the prongs swivel independently as free as a 15-year old boys head at the wave pool? ME!

Apple.. keep up your innovation.. but… can ya please sober up test some of your stuff before you put put it out.. none of those Microsoft plugs do the downward-facing-prong pose when I am trying to stretch around a chair and a lamp to the closest plut to emergently power up my laptop… YaJagoffs!