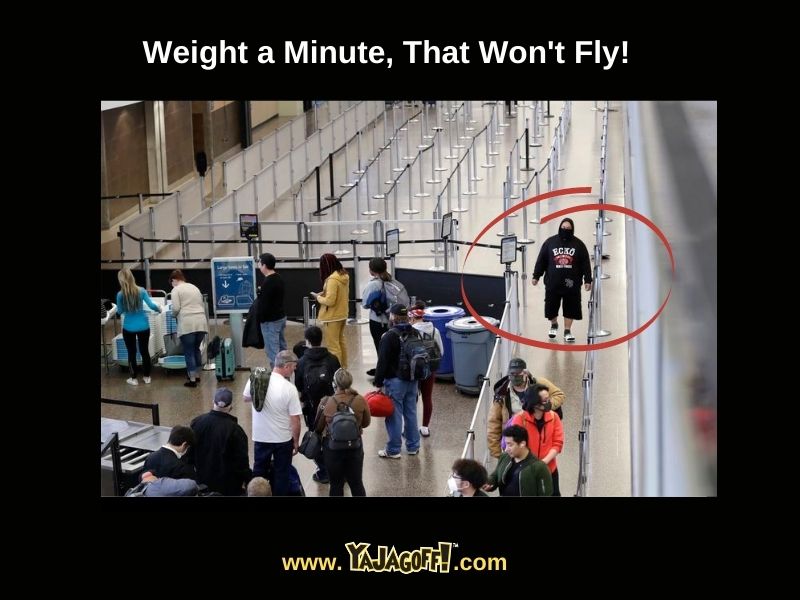 Picture it: Maui, 2000.  My husband of three days yells into the shower, how much do you weigh? Ummmmmm this can’t be a deal breaker because we ARE officially hitched!  He continued: today’s excursion on our honeymoon is a helicopter ride over the island. Silence resumes.

Fast forward almost 21 years and that convo could happen every time I want to board a plane that doesn’t overlook an island. As in, just to travel.  Like just to get on the plane.  No “ish” or “around” allowed.  Pump the brakes Rach, the info so far doesn’t declare you hafta do this.  I reread the article and these words stood out:

Being weighed or offering that information if asked would be entirely voluntary. If a person who is selected opts out, another traveller would be asked at random. It’s unclear if passengers would be weighed or asked to list their weight.

Thank you sweet baby Jesus.  I have worked years at wearing appropriate styles and dark clothing to mask my flaws and I am not going to let this new possibility cramp my style. IMO weighing before boarding is gonna stink royally, but it is what it is.  That is not the real jagoff move.  How about stop using the eager, heavyish, unsuspecting guy as the coordinating photo to the story, ya jagoff!