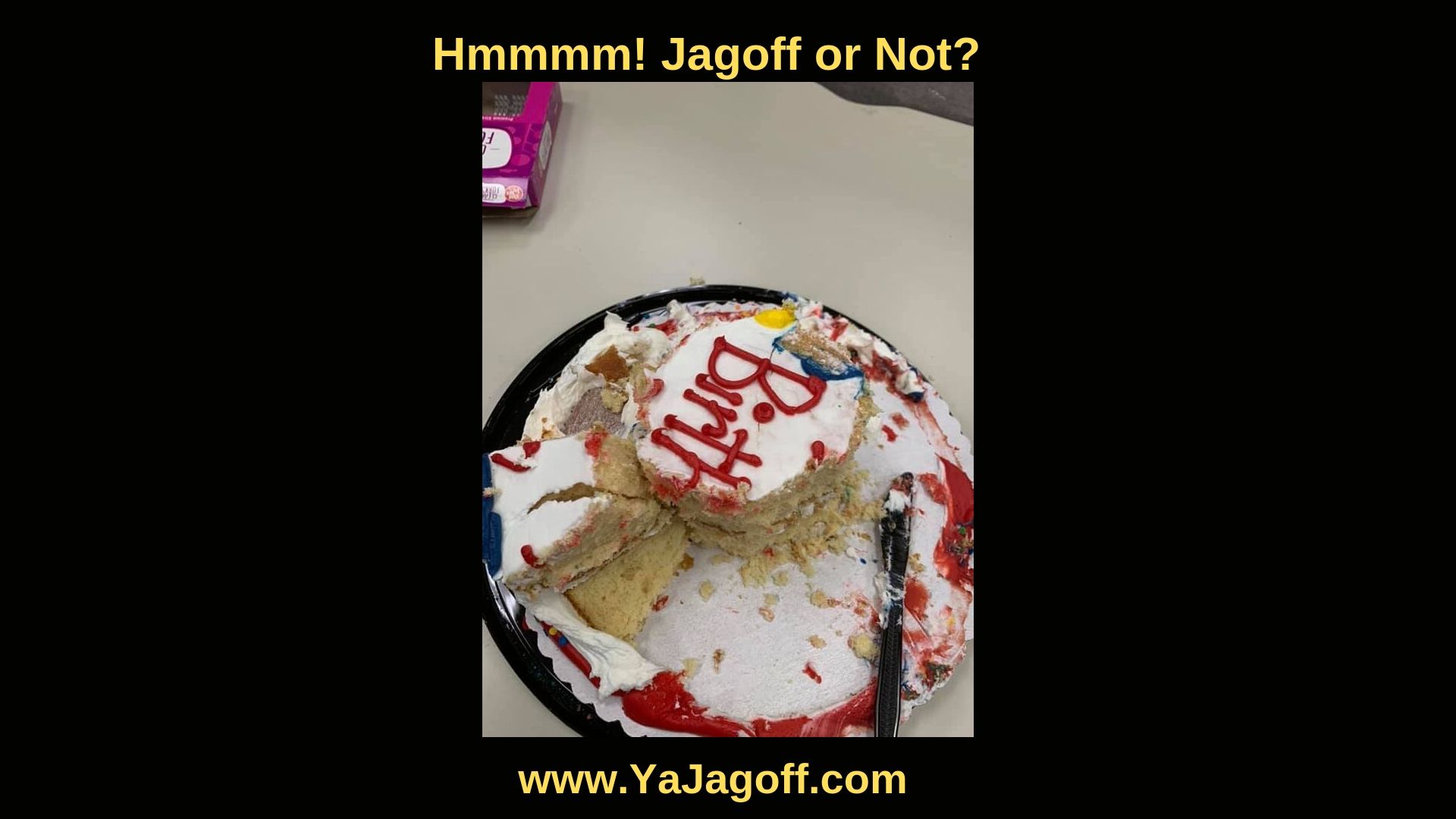 The pic above came from the Facebook timeline of Ron Smiley, KDKA- TV meteorologist.  He posted this comment with the photo:

I have no words for how someone in the KDKA newsroom cut into this cake. Seriously? ¯\_(ツ)_/¯

In looking at the pic, we get it. Everyone wants a piece of cake that has the icing going down the back of it. But, they also only want the standard, “just a small piece” or “just a taste,” (despite that fact that they REALLY want half of the cake) so they cut it short of the center.

Side note: nobody at KDKA is ever going to be a plastic surgeon with those knife-skills!

But.. now we have a column of cake that nobody wants! Or, do we have cake cut specifically for those very few co-workers who are NOT lying when they say, “I’ll just have a small piece?”

You make the call.. jagoff or not?