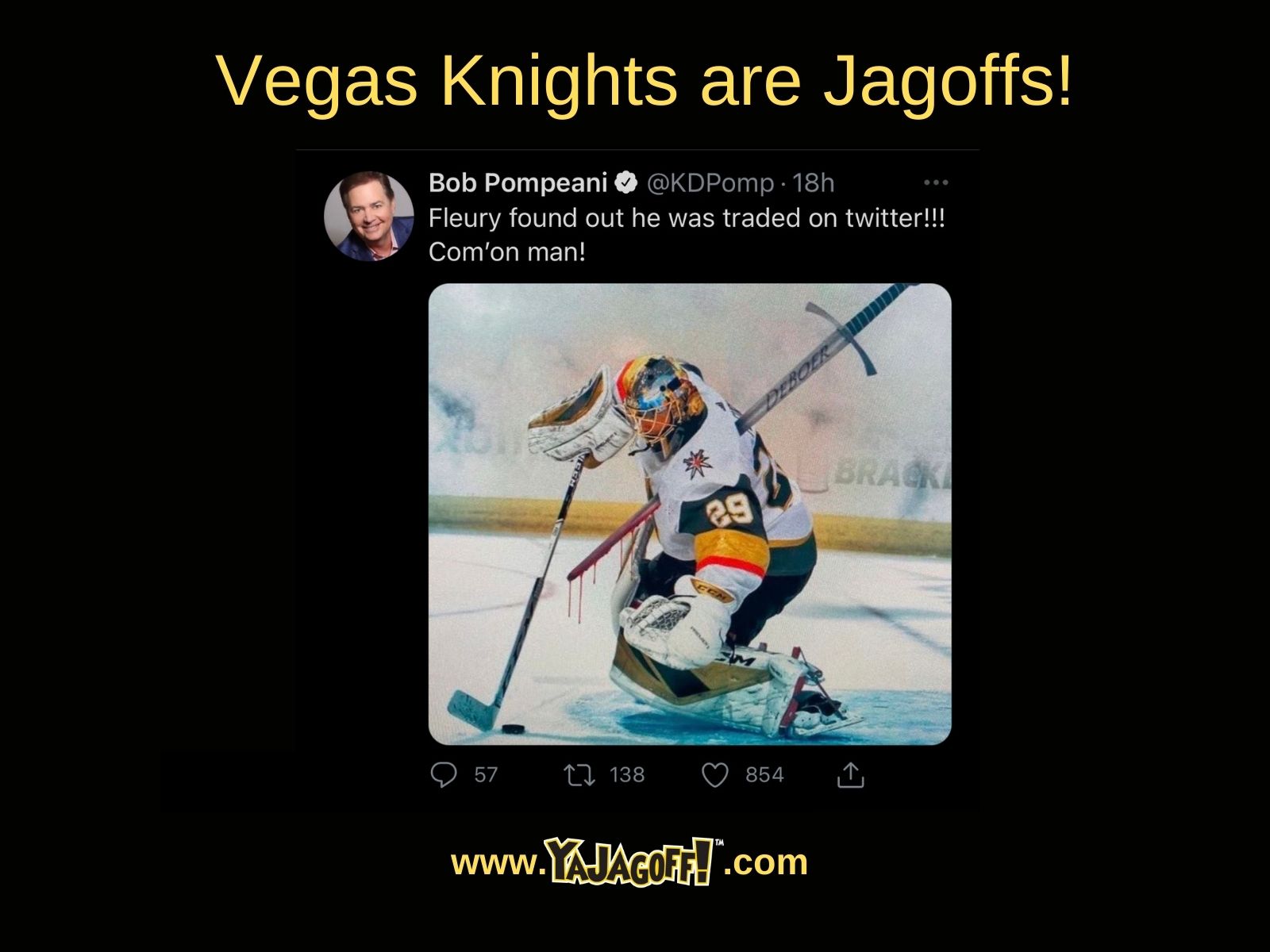 We were al bummed to see Marc Andre Fleury head to Vegas. But, in some cases, it was the right move AT THAT MOMENT. So, many of us decided to make the Vegas Golden Knights our “back up” team to root for.  The entire sitch sat with must of us much better once we saw the media showing Fleury acclimating to his new new and his new team featuring him as the face of the team.  “Good for him! He deserved that,” we thought.

And then, throw one of the most solid sources in Pittsburgh sports, we find out that the Golden Knights treated MAF like this.  Found out on twitter his confirmed trade to Chicago for basically a bag of peanuts and not even a Chicago-style hot dog or 2 or 2,301 of them.  To the Golden Knights, Fleury was a dump off (after winning the Vezina Trophy!)

To the Golden Knights’ entire admin staff: you have zero class. At least the Pens’ gruff GM, Jim Rutherford, knew how to handle Fleury with class.  You pulled him out to the desert and crowned him King. Now you kick, one of the nicest, classiest pro players to the curb (refer to follow-up tweets and the >6,000 comments on your IG post). Pittsburgh is done. Fleury deserved more a much more classy exit. We’re kicking YOU to the curb now…like you did to MAF, ya jagoffs!