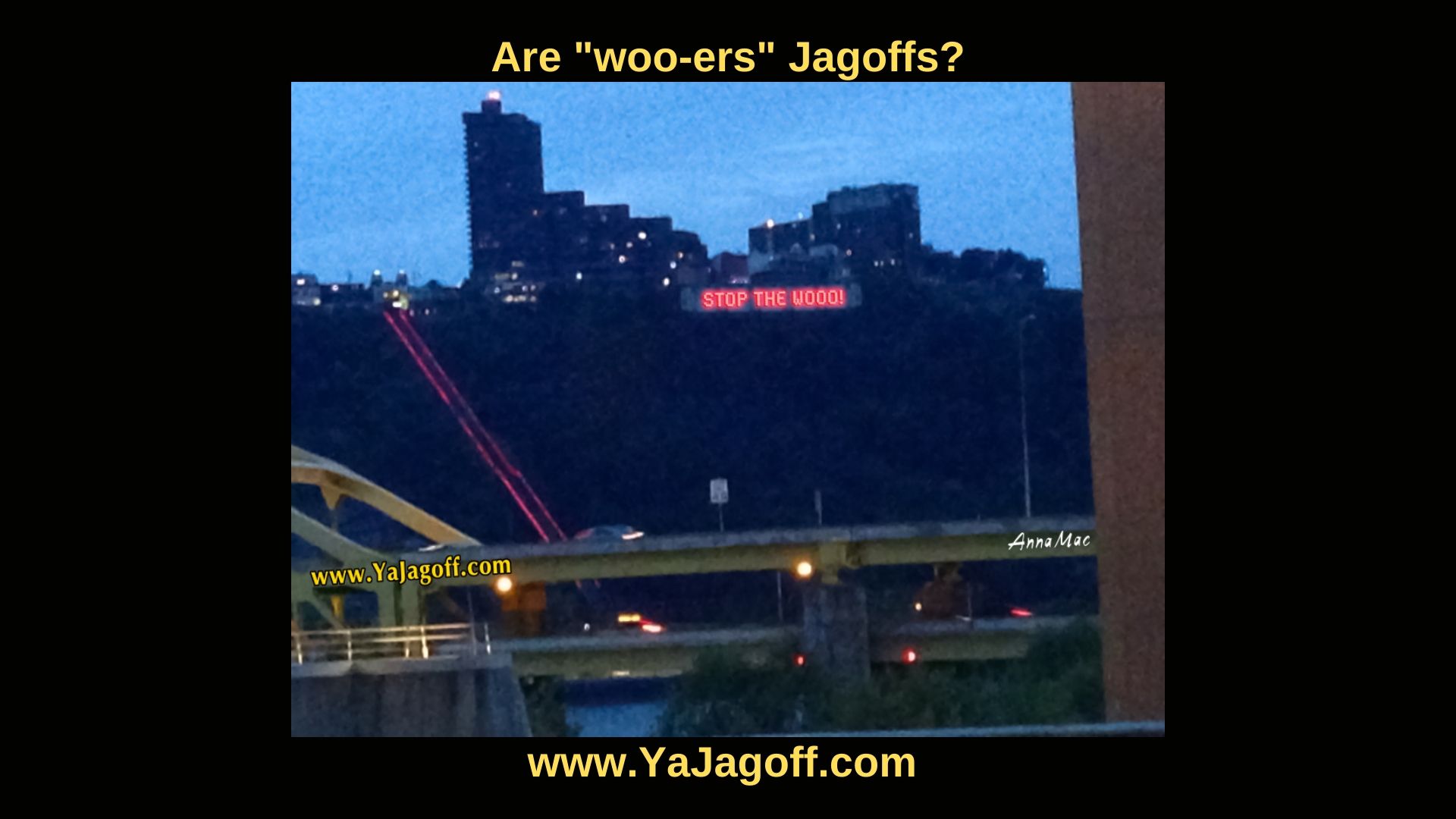 The Pirates are in Bradenton and soon you will be at PNC Park hearing random fans yelling a high-pitched “Wooo!”  They then wait for someone else in the stadium/arena to “Wooo!” back and then the “Wooos” kind of bounce around.

In the meantime.. WOOOO.. YaJagoffs!