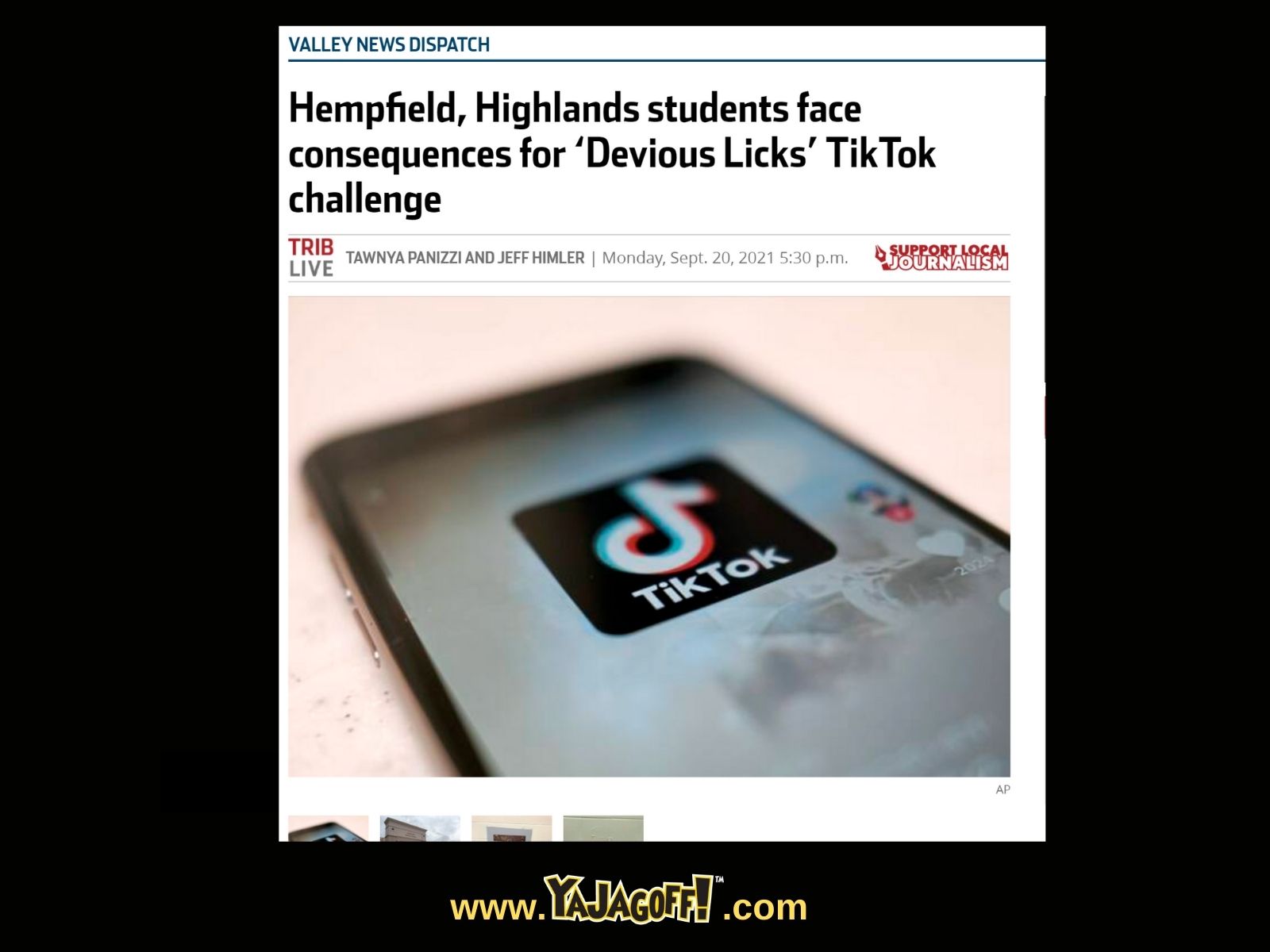 Many times we give the kids of the next generation after us a lot of credit for being faster or more adept at sports or smarter than “we ever used to be!” And why wouldn’t they be smarter, look at all of the smart phones, tablets, apps and potentially self-driving cars that are available to them.

But then, you have THIS story : Hempfield, Highlands students face consequences for ‘Devious Licks’ TikTok challenge. In case you have been living under a rock, or even worse, in a drunken stupor since the Steelers lost to the Vegas Raiders, this is a big deal all over the country.  “The “Devious Licks” TikTok challenge dares children to vandalize schools — in most cases, bathrooms — and nab items such as soap dispensers and toilet paper rolls as showpieces to post on social media.”

Now I ain’t any kind of cyber security expert or, when it comes down to it, any kind of cyber anything other than a “cyber whiner” when my Facebook app doesn’t work or my emails don’t open up fast enough. But here’s what I do know: When Benny F. threw and M-80 into the boys’ restroom to try and blow it off of the wall, nobody recorded it. Those who witnessed it told it. Those who didn’t witness it, told it like they HAD witnessed it and this became a game of Telephone which, at the end, had Benny F. blowing up 5 urinals with a stick of dynamite that he got from his Viet Nam war veteran uncle.  But, nobody really could prove that it was Benny F. It was all hearsay.

These TikTok challenges.. people talk in them, they laugh in them, they have an account, even a fake account, that points back to something as a responsible party. As a matter of fact, the little cyber security training I have from watching C.S.I tells me, every device.. phone, tablet, computer, etc. has a unique number to it soooo… it’s very difficult for a high schooler, who’s not the child of a Russian spy, to hide who tore the urinal off of the wall.

Well, we have time. And over time, the police are probably gonna put some scanning thingies on these internet accounts and boom, some students are gonna be sad when they get caught.

So, while you think you’re smart because of your smart phones, you ain’t as smart as Benny F.. he NEVER got caught. And when ya do, please don’t decide to hide behind your parents with some lame excuses, Ya Jagoffs!