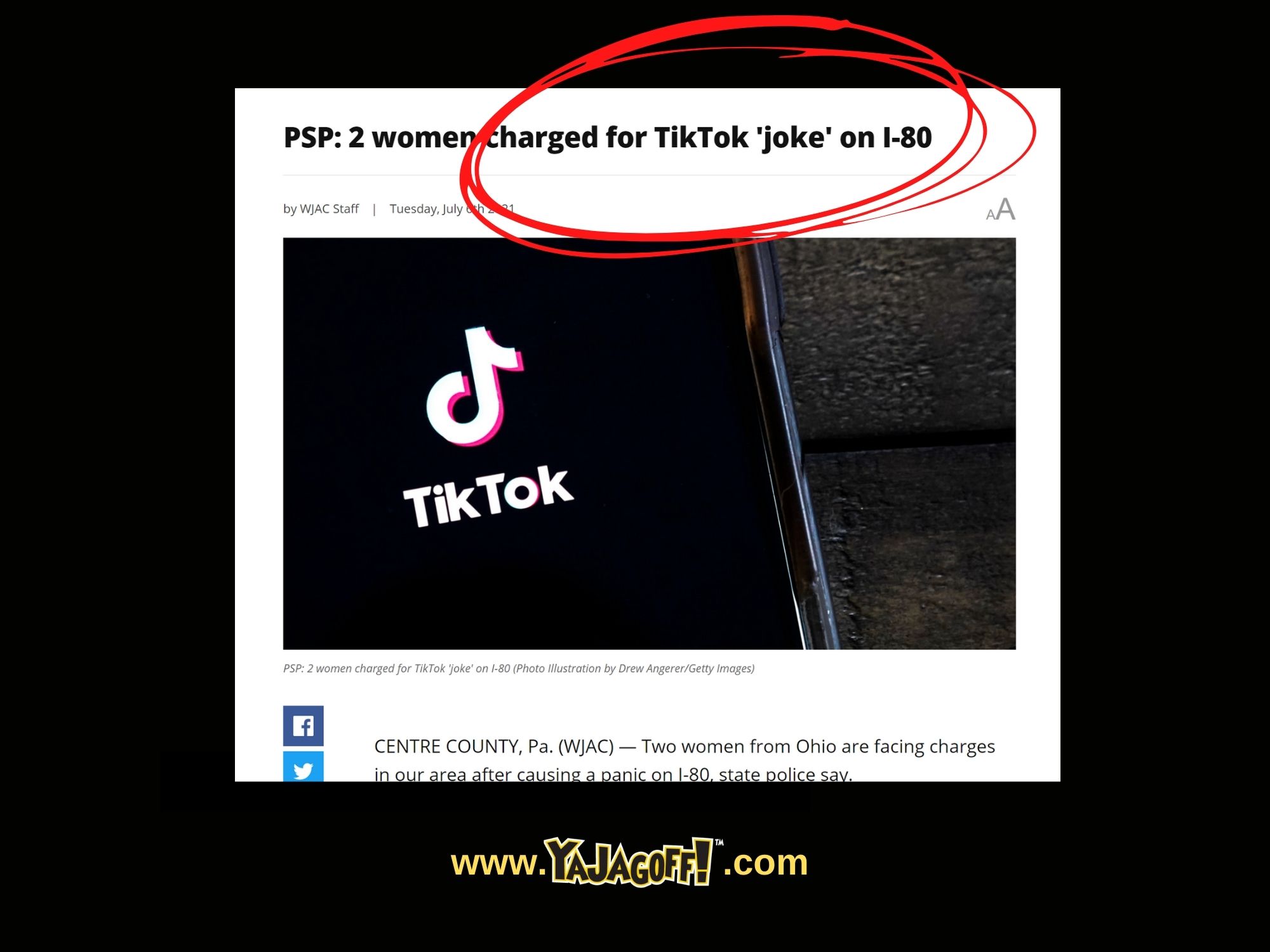 This didn’t happen right in Pittsburgh but, this is a good one.  We can all relate to sitting on the toilet, sitting in traffic, the waiting room of a Dr. or salon appointment or maybe even in the sitting room of a funeral home… scrolling through silly TikTok videos.  They can be super entertaining and a better time-burner than reading a Dr. office magazine. But, as usual, like your drunk Uncle Stush, someone has to take the game too far!  See below:

Two women from Ohio are facing charges in our area after causing a panic on I-80, state police say. State police say the suspects, 25-year-old Chelsea Clay and 28-year-old Erin Steed, were traveling in the eastbound lanes back on June 29. One of the women was holding a sign that said “help” and appeared distraught, troopers say. State police were notified and caught up with the women in Marion Township.

Ladies… many of these types of stories start off with, “We started drinking and one thing led to another…” but, since you were on I-80, we will cross our fingers that’s not the case. On top of that, when we read the headline, we were thinking, “Oh, probably some high schoolers doing a stupid prank!” But nope!

What in your right minds told you this was a good idea. In your own neighborhood? Maybe. Along one of the busiest traveled roads with outta towners, truckers, drug lords and carriers… awful idea!

Good luck telling your employers, fam and friends why you have to come back to PA (from home in Ohio) to see a magistrate… about a TikTok… Ya Jagoffs!