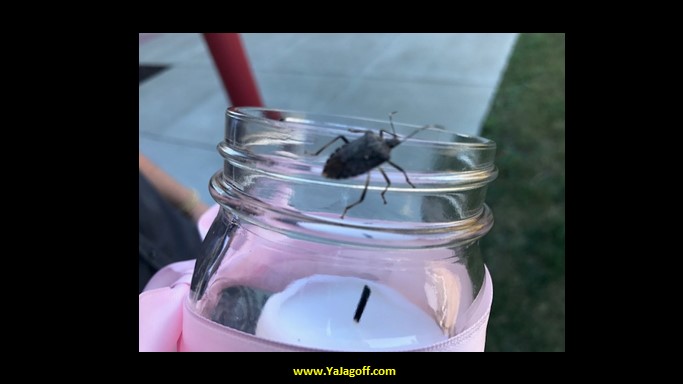 They are brownish gray, look like they are armored, can fly, but mostly shuffle through houses.  These pesky Halyomorpha halys migrated from China, Japan, the Koreas and Taiwan and made a splash the other night on the eleven o’clock news for the baggage they bring.  I mean their American name, the stink bug, denotes their legacy. The long-reigning father of all bugs, the daddy long legger, always had that pompous strut that picked up speed when a person dared to kill it, and the fly forever remains that buzzing nuisance that often can’t be caught because, well the obvious,  it can fly.

Now the stink bug has invaded and has the pompous strut of a long-legger, but is much slower, and the son-of-a-b can fly.  In addition, this bugger smells when squished and shows up everywhere.  The reason given for its indoor invasion is weather change; apparently, they need warmth too and find their way into homes.  It’s not suggested to hire an exterminator because once they are in, they tend to return, but a good sealant is strongly suggested to keep them out. But these pests are really something because they can’t survive soap or detergent and are warded off by catnip and mint. What I hate the most is their ability to camouflage with anything in the house from hand towels to lamp shades, although the news reported to use yellow lights to keep them away.  My solution, develop a

My solution, develop a stink trap that baits the son-of-a-b with a masked mint leaf. Once the bug is on the leaf, detergent hits it without it being squeezed, prohibiting it from smelling.  And if the bugger still arrogantly has a swagger, shine a white light on him, the stinking’ jagoff.