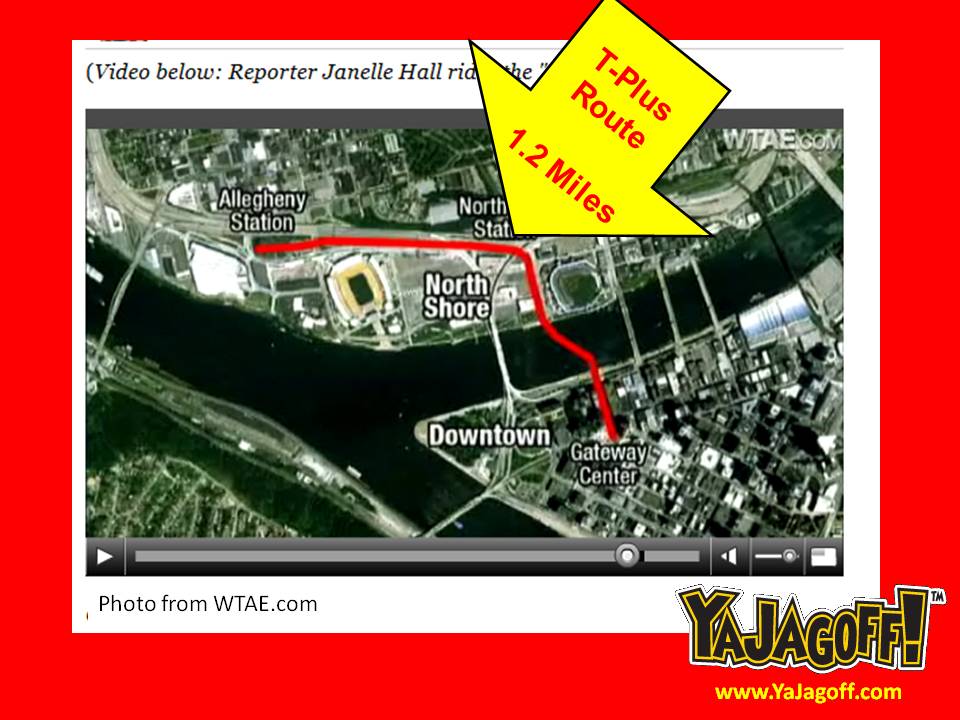 How many jokes have been done about the 4-year long, Port Authority’s $523.4 million, 1.2 mile light-rail extension North Shore Connection project?

Given that the connector, now called TPlus, is finally up and running, we thought we would give it one last shot!  We chose the WTAE-TV version of the story since  they interviewed one of the happy drivers who is soooooo excited that he’s a Steelers Fan and he gets to see Heinz Field every time his vehicle comes up out of the tunnel on the North Shore. (See WTAE video here…You have to see this guy.) By the way, funny how all of the reporters who were beating up on this punch-bag-of-a-news-story for 4 years and now they can’t wait to take a ride!

Back to the happy driver, in one 8-hour shift, how many trips of hauling drunk sports fans and seeing drunk concert goers peeing on the side of his machine, as he pulls up to the deck, will it take before he doesn’t give two beans about seeing Heinz Field??  And isn’t this how Pittsburgh’s own Michael Keaton started… driving the “Neighborhood of Make Believe” Trolley for Mr. Rogers at WQED?  Do you think Mr. Happy Driver is sooo happy because he thinks HIS bumper-trolley driving is going to lead HIM to a Batman role in 10 years? 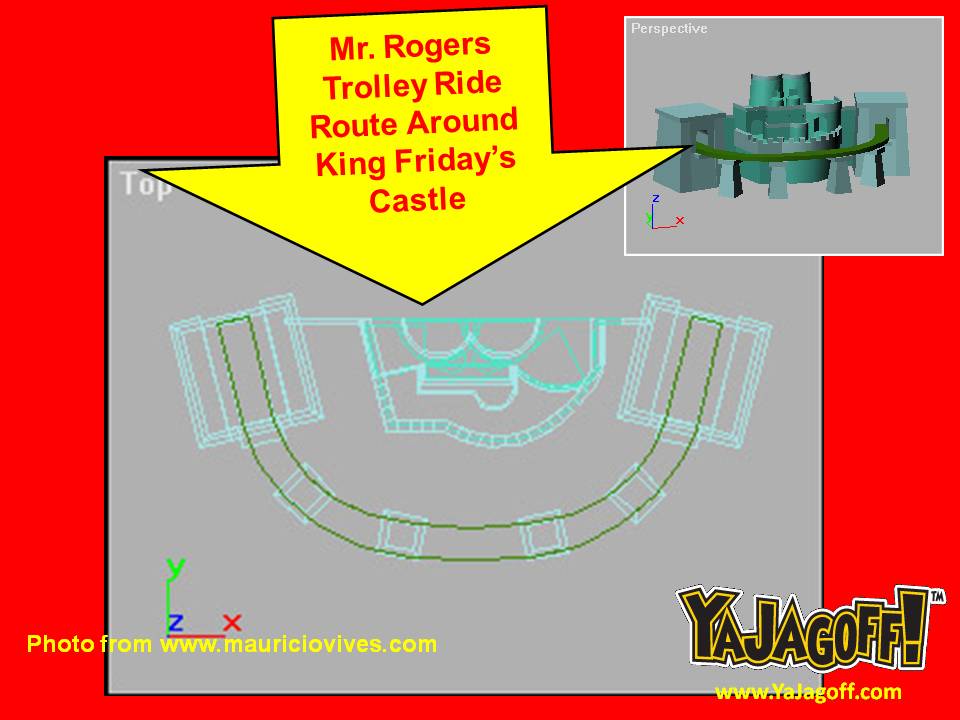 In the meantime, we find some unique similarities between the new TPlus and The Mr. Rogers Trolley.

Comparing the to pics above, the routes look awkwardly similar–about the same length.

The Mr. Rogers’ trolley traveled to the Neighborhood of Make Believe and the new TPlus takes people to the Casino-of-make-believe.

Do you think the little whislte, that road in the front of the Mr. Rogers Trolley, would get all excited at the site of Heinz Field and “toot-toot” every time just like it did when it passed King Friday’s Castle?

Soooooo, we are REALLY looking forward to the “mortgage burning party” that occurs when enough passengers ride this thing, at $2.25 per person, to pay off the $523.4 million.  In the meantime, we’re a little confused, cuz, the North Shore parking lots have lowered their parking rates on weekdays to help downtown workers save money by parking in their lots and taking the connector the final 1.2 miles to downtown.  But we also know that these are the same parking lots that raise their prices for every sporting event and concert……so does THAT mean that the downtown lots will lower THEIR rates so that, for these events, people can park downtown cheaply and go to the stadi-i (our own plural version of stadium) on the North Shore?

One thing we DO know, the new North Shore Connector does NOT give our fair city a way to create another unique “(Insert Name Here) Memorial Run” event  because the entire length of the 4-year long, $523.4 million North Shore Connector, out and back, doesn’t even equal 5K, Ya Jagoffs!!!