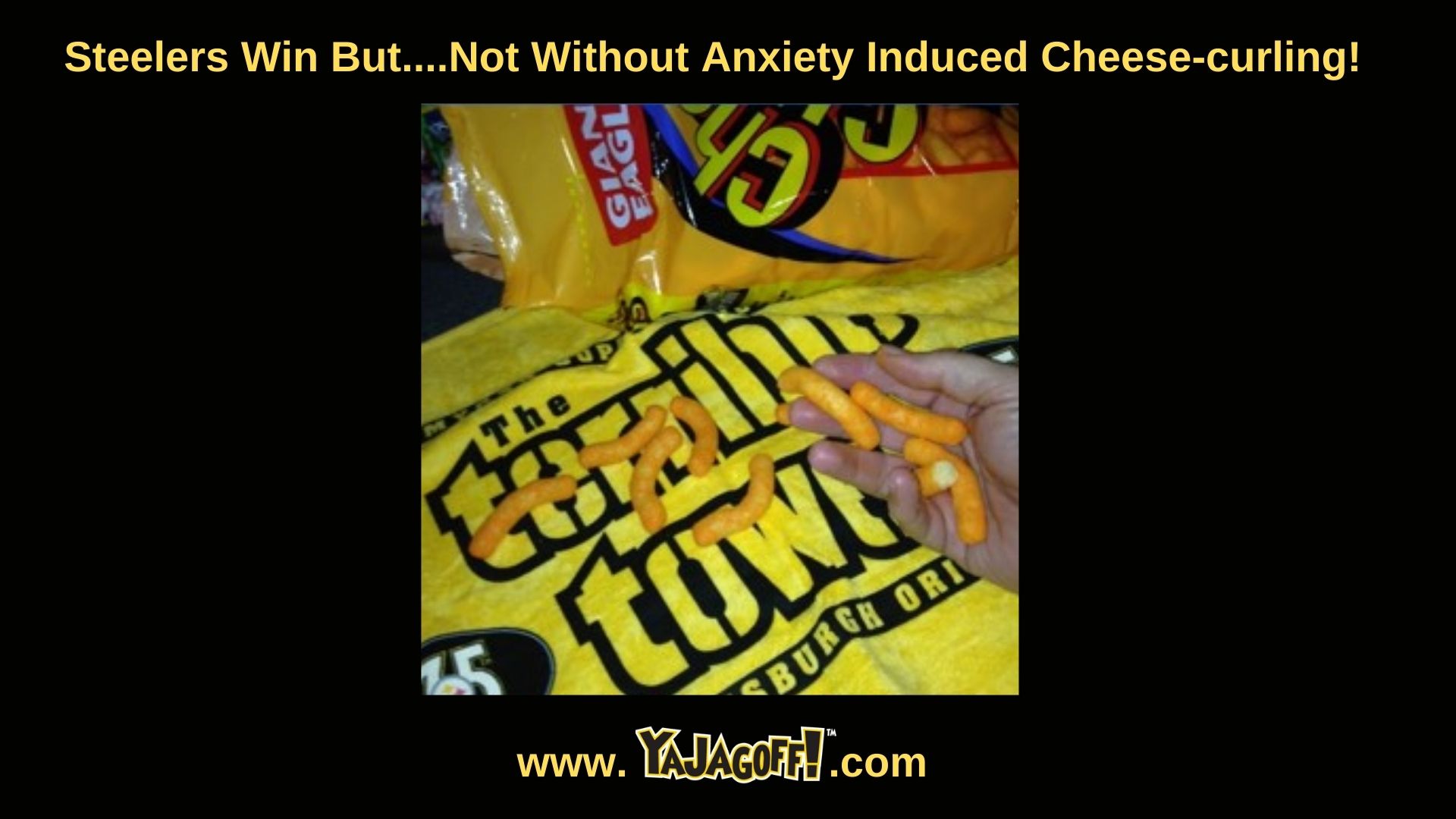 Being on social media during a Pittsburgh sports event is like watching the game with 10,000 other people as you sit in your living room… but you just don’t have to yell, “DOWN IN FRONT!” or “Shut the#@#%!* up so I can hear the TV!”

So, yesterday, as the Steelers were putting us all through more emotional ups and downs than your 80-year old uncle trying to do a Zoom call, it was a MAJOR cheese curl event.. they were going down in handfuls in the second half.  If there had been a cheese curl truck somewhere within 3 miles of me, I know I would have picked up it’s scent like a anxious male dog picking up the scent of a female in heat!

That’s exactly right… it’s why you don’t eat chocolate or bacon-and-barbecue-laced-water-chestnuts during a tense game… cheese curl finger marks are WAY easier to get off of your touchscreen than the other two as you’re feeding your stress and going through the various gyrations of your SFSMP (Steelers Fan Social Media Psychosis.)

But the bottom line is, Steelers (defense especially), I watched the game to the end.. despite what it cost me in cheese curls and sodium/cholesterol levels, Ya Jagoffs!