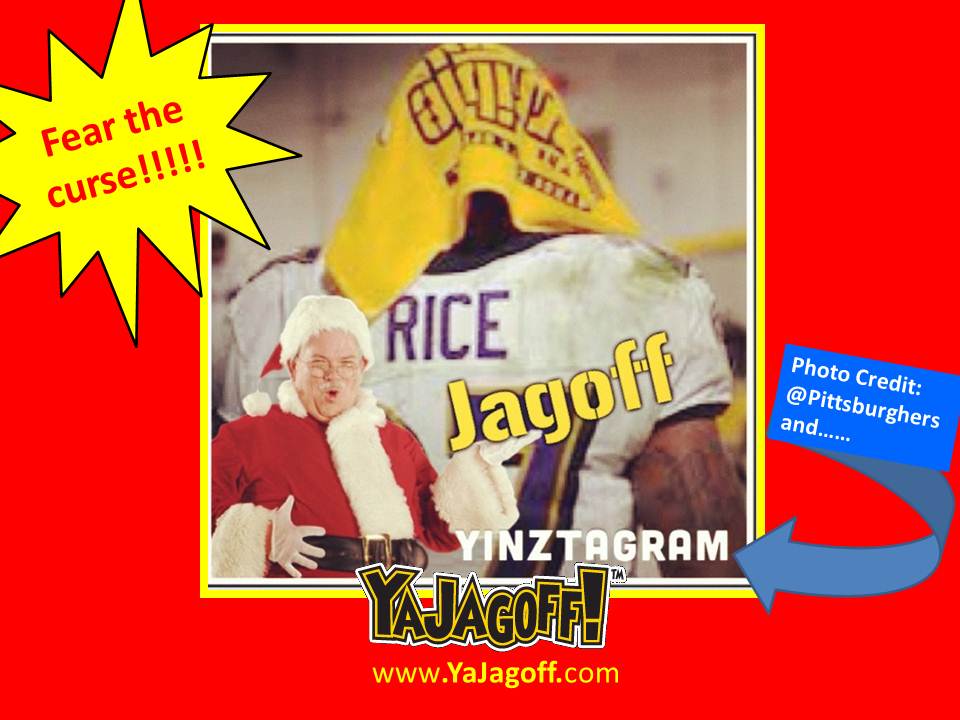 Last night was awesome.  We were so excited that we pee’d our pants.  While dealing with the clean up, we offered a Facebook follower to write today’s blog.  Brendan Gibbons, former Pitsburgher currently nestled in the wilds of Ravens-land got this to us before we went nighty-night!!

What a difference a week makes or is it what a difference a win makes? The Pittsburgh Steelers come from behind win to down the Baltimore Ravens 23-20 will, unquestionably, have a positive effect on the Steelers faithful throughout Western Pennsylvania.

While they may have questioned the abilities of their aging backup quarterback or the sure handedness of their running backs and/or receivers during this past week’s lead up to the game against the Ravens in Baltimore, this win against the division leaders means that the Steelers season continues with post-season hopes unabated. When the Steelers coaching staff breaks down the film from this game, they should acknowledge, if they haven’t already, that the game against Baltimore was hardly indicative of their collective best efforts this season. But a win is a win regardless if it’s pretty or ugly.

Hopefully today’s game is a talisman of better things to come, despite the injuries to key players. The Steelers have four regular season games remaining in their 2012 season and three out of those four are at Heinz Field. Furthermore, only one of those four teams has a winning record – the Cincinnati Bengals.
But enough about what lies ahead for the Pittsburgh Steelers. Let’s enjoy this improbable win against Baltimore. According to most sports analysts, the rivalry between the Steelers and the Ravens is arguably among the best in sports. These two teams just don’t like one another.

Now the fallacy that the national sports media likes to portray is that Pittsburgh Steelers fans travel well. As if this is the only reasonable explanation as to why our ranks fill NFL stadiums throughout the country twirling our Terrible Towels. The truth of the matter is that many Steelers fan, such as my wife, our two young sons, and myself, live in these rival NFL communities keeping a vigil for our beloved Steelers in the face of scorn and derision from our neighbors and co-workers.

Nevertheless, my wife and I are raising our sons to be like us – proud Steelers fans. We know this cannot be the easiest thing when virtually everyone else they encounter in their day-to-day world during football season wears purple and cheers for the Ravens. It’s especially uncomfortable in the run up to the two regular season games between the teams.

Fortunately, there are many Steelers fans here in Baltimore who will utter a kind word or provide a nod of support when they see our boys in their Steelers gear. Such was the case on Friday night when we went out for pizza. Our waitress shook both boys hands for wearing their Steelers snow hats, although she did it quietly so the locals wouldn’t stiff her tips.

It was also the case on Saturday when we went out to cut down our family Christmas tree. The guy who helped load it on the roof was a Steelers fan. Then this morning at church the majority of the congregation wore Ravens attire, but there were a few, including our boys, wearing their Steelers jerseys. We look out for one another and this makes it a bit more palatable living behind enemy lines during football season.

By virtue of the Steelers winning in Baltimore, the season series is even at a game each and the matter of who is a better team, regardless of the final overall record, can only be settled by a possible playoff match-up. More importantly to my wife and me is that both our boys have narrow window of immunity from the taunts of their peers and other followers of the Ravens.

So enjoy this win Steelers and then get back to work because there’s a lot of football left in this season and a lot of jagoffs we expect you to beat.

All we have to say to end this is.. “DAMN that was exciting” and “Hey Rice-man, respect the curse of abusing the towel, Ya Jagoff!!!!”

Thanks to Twitter Follower Dave Pierce for the pic today!