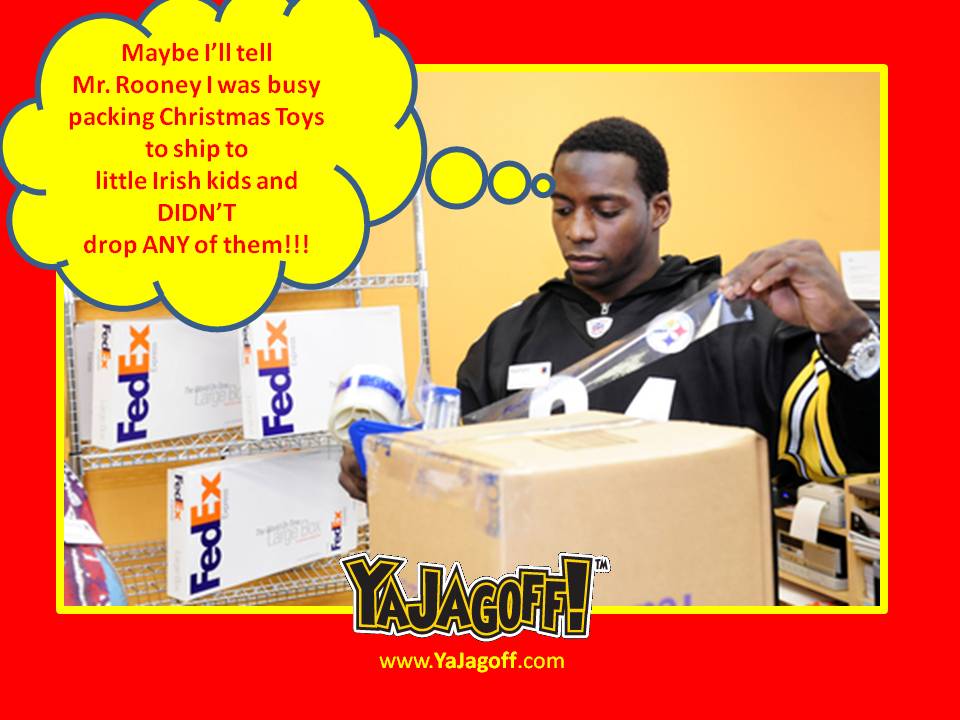 It’s never a good thing when you’re calling your team’s number one draft pick a jag….. well…. you know!  But unfortunately that is something you see a lot of in the NFL these days and the Pittsburgh Steelers are no exception.

Rashard Mendenhall was taken 23 overall by the Steelers in 2008 with high expectations.  He has had his ups and downs on the field in his time here but his performance, good or bad,  DOESN’T qualify him for true jagoffery because he was on the field.

This season, a year when he’s looking for a new contract, Mendenhall is struggling worse than ever….injuries, 113 rushing yards, zippo-zilch-zero touchdowns and 3 fumbles!!!!  So he was benched by Mike Tomlin but still “on the field.”  But this past Sunday, in the Steelers loss to the San Diego Chargers, Mendenhall was nowhere to be seen.  HE DIDN’T BOTHER TO SHOW UP!  He has since been suspended by the team for “conduct detrimental to the team.”

Now the story we’re REALLY interested in hearing is what kept a man, who’s job it is to show up and play a game and get paid millions of dollars to do it, from stopping by to simply WATCH the game.. it was a 4:25pm start so pretty sure it wasn’t an alarm clock issue.  The guy could have literally shown up in a bath robe and nobody would have said a thing about it. Couldn’t he even find his sweatpants and fuzzy slippers? Maybe he was just too busy.. that’s probably why the team gave him off next week in Dallas as well and probably the rest off the year.

There are a lot of people that have WAAAAAY tougher jobs around here and would GLADLY take a couple-a-hundred grand, per Sunday, to stand on the field and watch a Steelers game.   So Rashard… what better way to show your current OR future bosses that you wanna contract than to NOT SHOW UP FOR WORK without even a cough-faking or phony-throat-clearing phone call!!!

Hey Mendenall-ogram, as long as you’re on the roster, get your ARSE to the games and figure out how to enjoy the heated, non-splintering bench…. because, with those SLIPPY hands, ain’t NO WAY your getting picked up by another team AND you should have no fear of being drafted by the vendors union to sell hot dogs, nachos or beer, YA JAGOFF! 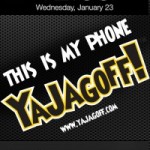