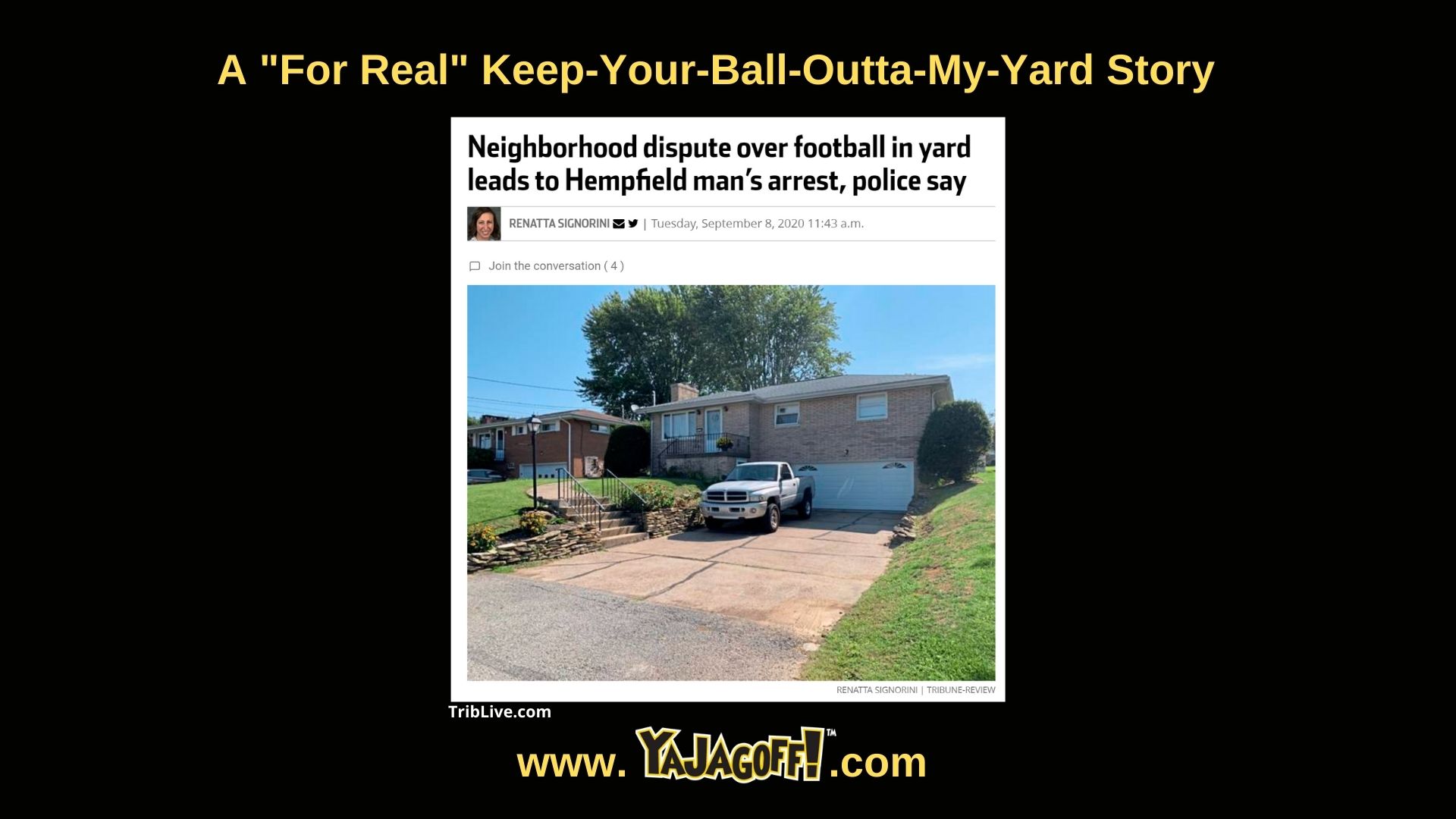 We all remember, or at least say that we remember, an elderly neighbor story where there was a cranky neighbor that would keep the baseballs, pucks, footballs, Frisbees that inadvertently went into their yard. And the stories usually go that kids were afraid to go knock on the door because the neighbor might have beat a kid with a broom and dustpan back in the 1940s.  (Yes, I know the math doesn’t compute.. neither does the reasoning in this real-life story.)

So the story goes (as per TribLive) that some neighbor kids were catching football and their ball went into an elderly neighbor’s yard, next door,  the neighbor took the ball inside and refused to give it back.

The classic part of the story:

A woman came outside from the neighboring house, grabbed the ball and took it inside. Payne said she later tried to get the $18 football back from the neighbors, but was told they were keeping it for a few days to teach the children a lesson.

And here’s where the not-so-classic part begins:

The situation escalated from a neighborhood dispute to an alleged assault when Joseph “M”, 60, fought with state troopers who arrived to get the football returned, according to court papers. – TribLive.com

It appears that Joe got a little outta hand when arguing about an $18 football. Even IF, the kids allegedly would have trampled a coupla flowers or broke a tree branch retrieving a ball in the past, that seems a bit excessive. (Nothing like that in the story though.)

Hey Jabby-Jab-at-the-State-Troopers-Joe… it’s a football.. it’s kids. Did you NOT have a childhood? Where you born 60 year old crank? (which isn’t that old by the way.) Seems like this think could have been worked out in a neighborly way. Or, maybe you just coulda been a nice human being… howzabout dat?

Well, hope it was worth your $100,000 investment, I mean bail.  You might be the epitome of the phrase, “There goes the neighborhood!” Good luck borrowing a cup of sugar or a roll of emergency toilet paper in the future… YaJagoff!