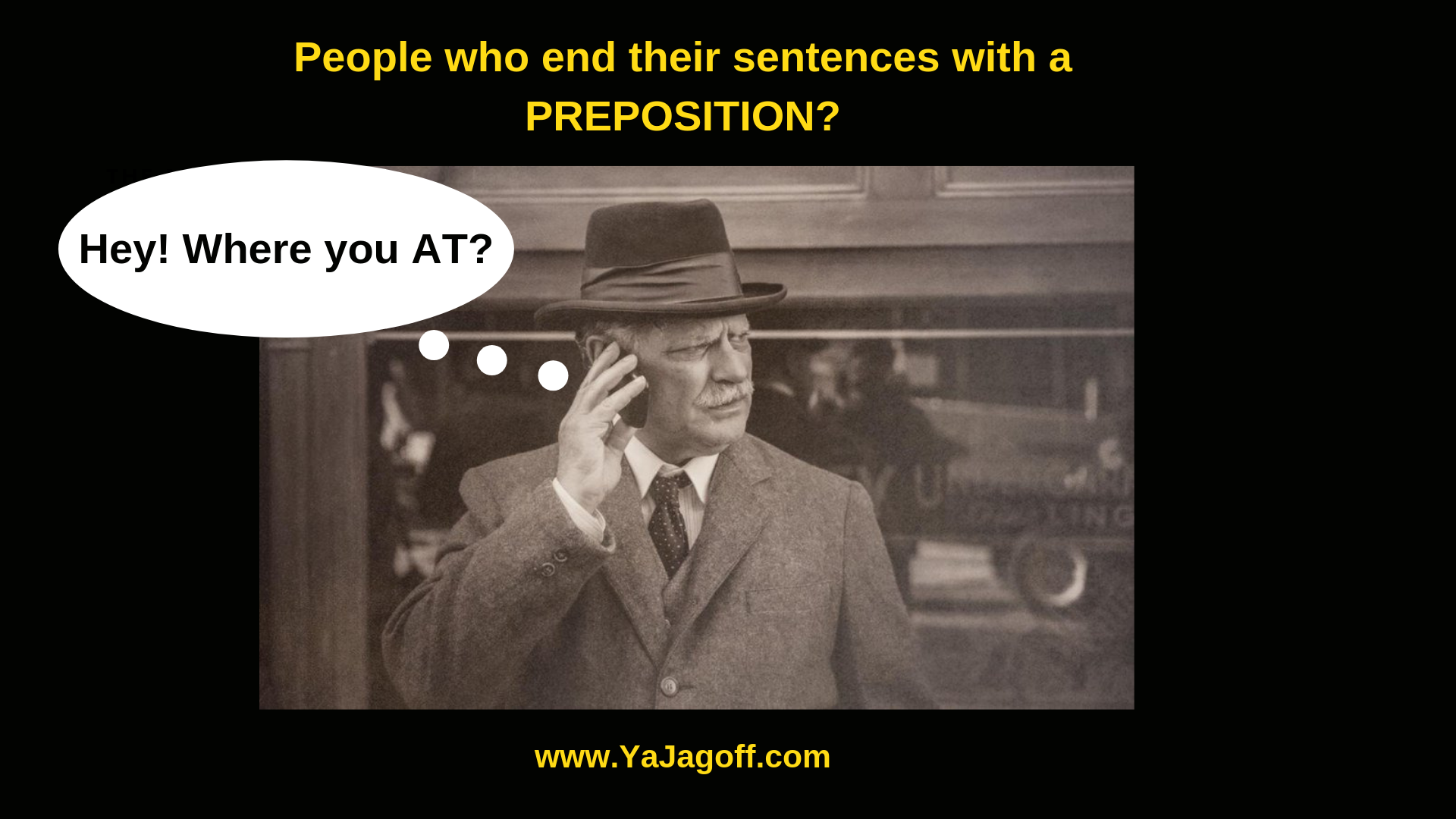 A preposition is a word describing a relationship between two nouns. These include words such as “on”, “to”, “beneath”, “before”, etc. (Maybe the most popular in Pittsburghese… “Where you at?

Not every use of a word that LOOKS like a preposition is one, however. But the most well-known thing about them is that you SUPPOSEably cannot end sentences with them.

Many sentences just don’t flow in English if this rule is applied LITERALLY by those that are LIT and evidence has been shown that ending sentences with prepositions has been happening a looong time. Maybe longer than Yinz!

In Pittsburgh, there are different reactions to this. The person who states the rule might be accused of being a Grammar Nazi. But, the Oxford University English Department says that ending a sentence with a preposition is perfectly acceptable.

And then there’s the person who cannot help themselves and will continue to end their sentences with propositions, i.e. “What Pens jersey do you have on?” or “Where you going to?”

At times, the preposition-perpetration-proponents (PPP) get corrected by on-site grammar correctors. And when they get called out, they have a tendency to reply in a snarky manner with spin…repeating the sentence but concluding with an insult … example.. being asked to correct “Where you at?” might turn into something like
“Where you at, @#%%?”

That sounds a little too mean so, while we are NOT proponents of ending your sentences with a preposition, if you do, and you ARE corrected by a grammar snark, might we suggest your response be:

Tell them that the Oxford University English Department says it is perfectly acceptable and that you recognize no higher authority. (See how smart you would sound?) Then throw out a snarky response that ends with something that ends in “off.”

Noooo.. not what you’re thinking.. hmmmm… circle back and say something more like, “Where you at, YaJagoff?”