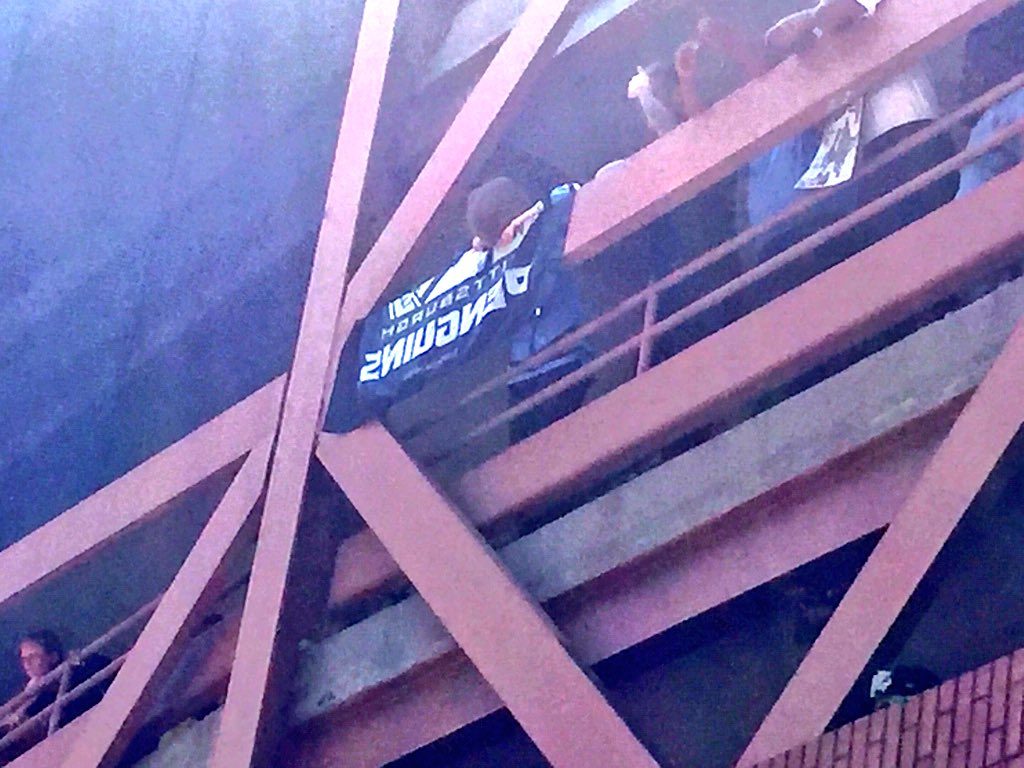 Yesterday was the Pen’s victory parade and the news says upwards from 400,000 people attended the celebration.  I got downtown about 8:45am and promptly parked myself along the Boulevard of the Allies, right along the railing.  Prime spot. Now it was my challenge to stand there until the parade started and made it’s way to my spot.

Time ticked away even SLOWER because I turned my cell phone off to conserve the battery.  I didn’t want the cup to get there and see the ol’ 2% battery icon. It was almost sheer panic that I couldn’t use my phone but I did ok.

Tick…tick…….tick……tick… (OK, you get the drama I think!  It basically took forever for time to pass by.) 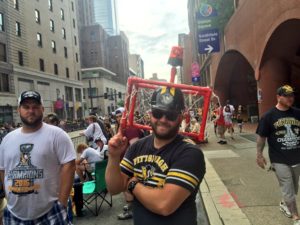 He’s about 15 feet away from me.  I felt like I needed his photo but, he wasn’t close enough to just grab a creeper shot from the distance. Sooooooooooooo I left my post along the railing….for about 45 seconds and guess what happened?  I got the picture but…3 people stepped into my spot along the railing.  A mom and her two college-aged co-conspirators.

When I returned, I thought that they would have abided by the parade-spot protocol of who had that spot gets to keep it if they return in a reasonable amount of time. But nope!

As the crowd filled in to be eventually about 6-deep behind me, others marked their territory better than I did as they left to buy a hat, t-shirt or go find a restroom.  They would mark their territory by laying a t-shirt, a hat, a coffee cup or their parade partner would make themselves wide like a peacock until they returned.  So maybe I should have marked my spot better.

But I didn’t think that I had to mark my spot at the railing since, the people behind me seemed to be respectable prior to them hijacking my spot with blatant disregard of the protocol. I mean, they had seen that I walked over, took a photo and came right back.

SIDE NOTE: If you follow on social media, you saw the header picture yesterday!  All dressed up with a Pens banner for the parade but, hung it backwards!  I was thinking they hung it that way so that drivers could see it in their rear view mirror!

I eventually got a spot back along the railing near these inexperienced (using that vs. rude giving them the benefit of the doubt).  But, do you know the parade-spot protocol? Do you abide by it?  Were these people Jagoffs or Not?  Comment below.