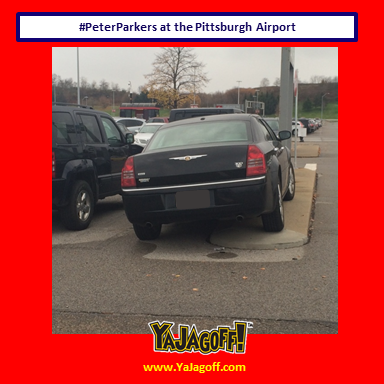 To be honest, this space looks like it could barely fit the width of a bicycle with a banana seat, sissy bar and super-aero handle bars.  So it shouldn’t even be a “space.”

On the other hand, even I can see, very clearly, that nothing much bigger than one of those red and yellow Little Tykes cars should be there so why park there?

Hey Chrysler 300 or 200 (whatever you are) driver, I’m gonna just kind of jump off a cliff here and ASSUME that, based on your spacial awareness skills and/or lack of caring for others and protocols, that you are same Jagoff Travler that hogs the entire airplane armrest. Even sweats a bit so that nobody even comes close to touching your arm and armrest.

Maybe instead of trying to squeeze a Chrysler 300 or 200, into such a slim space, you should drive a Marlboro 100 Ya Jagoff!

Thanks to Elizabeth from BeezusKiddo.com for being our Honorary Jagoffs Catcher. 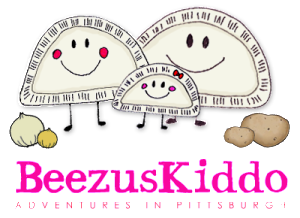