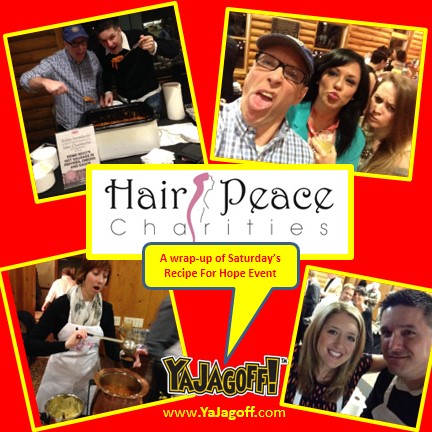 Keep reading… at the end of this post, there are chances to win your very own package of Ernie Ricci’s Italian (pronounced as EYE-talian in proper Pittsburghese).

I was paired up with Robby Ismanakowsi, of Root Sports Pittsburgh to dish out freshly made Ricci’s Hot Sausage. 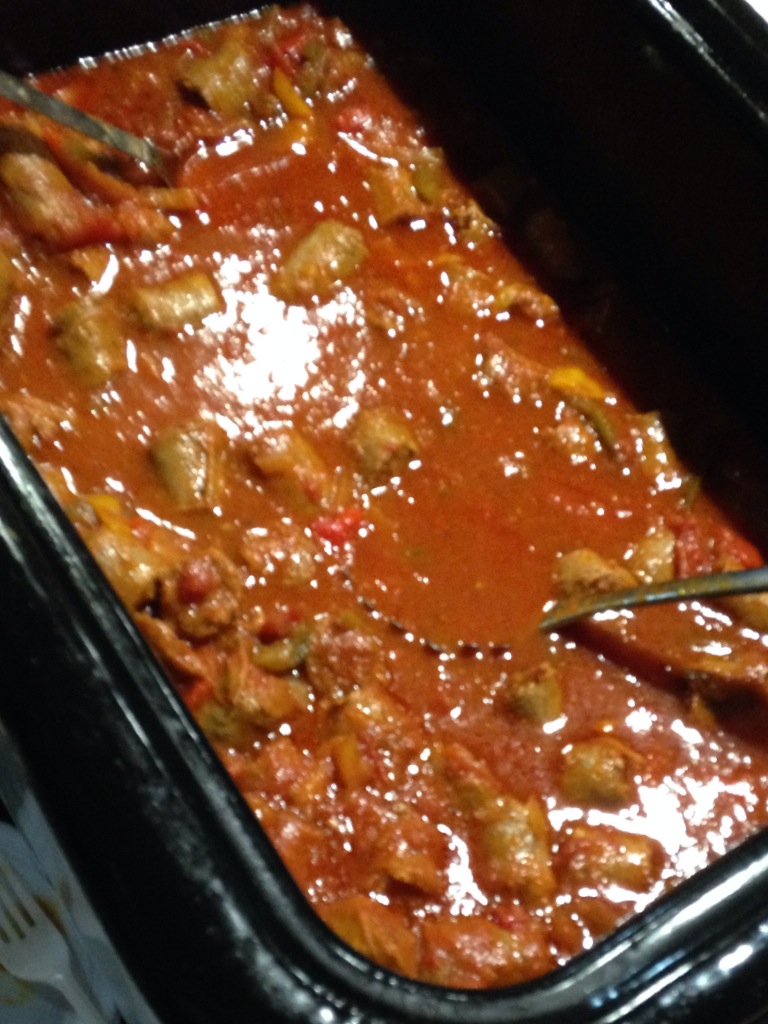 The pot of freshly made Ernie Ricci’s Hot Sausage! That nobody could resist.

We stole a page out of the McDonald’s game plan…we wafted the aroma out into the middle of the room and the guests flocked to us like lemmings with their plates, forks and Pavlovian drool. 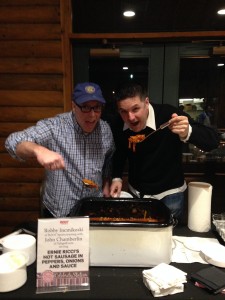 OK.. so this might NOT be our best “Look at us we’re eating the sausage” pose.  But at least Robby put the spoon near his mouth.  Me? I look like I’m feeding my belly button for some reason!  But we were damned good at serving up that sausage! 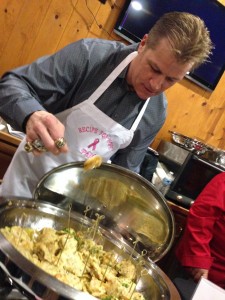 Check out the 3 Stanley Cup Rings on Phil Bourque.  To compete, Robby and I slipped on our high school class rings but,  but nobody seemed impressed for some reason. 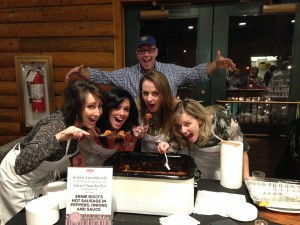 The ladies of Star 100.7 FM.. Shelley, Kelly, Elista and Melanie

To be honest… I have no idea what I’m doing behind them… I think it’s my “Hey I’m in a picture, I better do something WHACKY but I really look like an dork” pose! 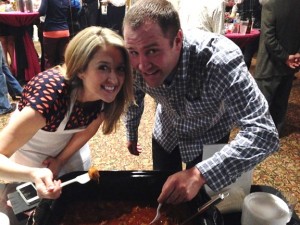 Cara was next to us.  She had made 350 Buffalo Chicken Bite appetizers.  I’m pretty sure I ate 30-40 of ’em.  I felt guilty so I let her and Scott dig into the pot of sausage. 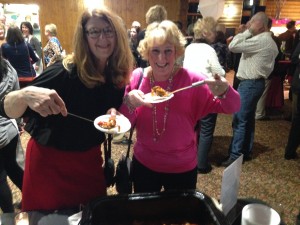 We met Linda and Susan.  Celebrities in their own right.  They said if I put their picture on the blog, they would read it soooooooooo there ya have it! 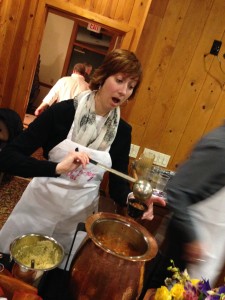 Val Porter was dishing up this CRAZEEEE good Minestrone soup from Bella Sera in Canonsburg. She’s belting out  The Clark’s “Penny On The Floor” in opera style while serving. 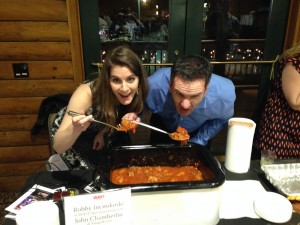 This is Scott Harbaugh in the “Severe Sausage Center.”  No school closings to list. 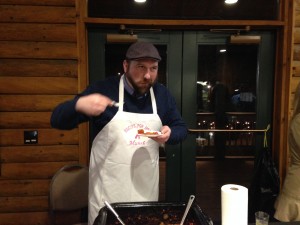 This is “Munch,” food writer from the Post Gazette (@PGMunch on Twitter). I sooooo expected him to have a bag on his head or a black bar across his eyes!

By the way, he served an unbelievably awesome Butternut Squash soup.   I’m gonna write an article about it.. “Ya Jagoff Goes To Munch’s House For Soup.“ 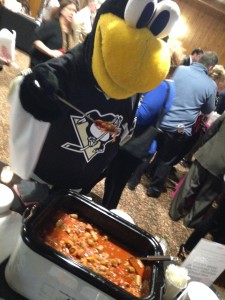 Finally, Iceburgh! If this was me, I guarantee  a few drops of sausage sauce would have found it’s way to the one little white spot in the center of the Pens logo.   It got a little odd when he quietly handed me his resume to give to Ernie Ricci, in the event that Ernie hires a Hot Sausage mascot!

Thanks to Bonny Diver and all of the volunteers who did an UNBELIEVABLE job Saturday. Yinz all made everyone feel so welcome.

Thanks to Ernie Ricci for the cooking and donating the hot sausage. 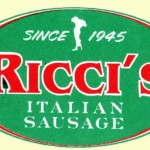 NOTE:  Ernie Ricci is not responsible for this contest or prize.  Prize will be purchased and provided by YaJagoff.com.  The prize will have no cash value.

If you missed it, get over to HairPeace.org and get on the mailing list for next year!