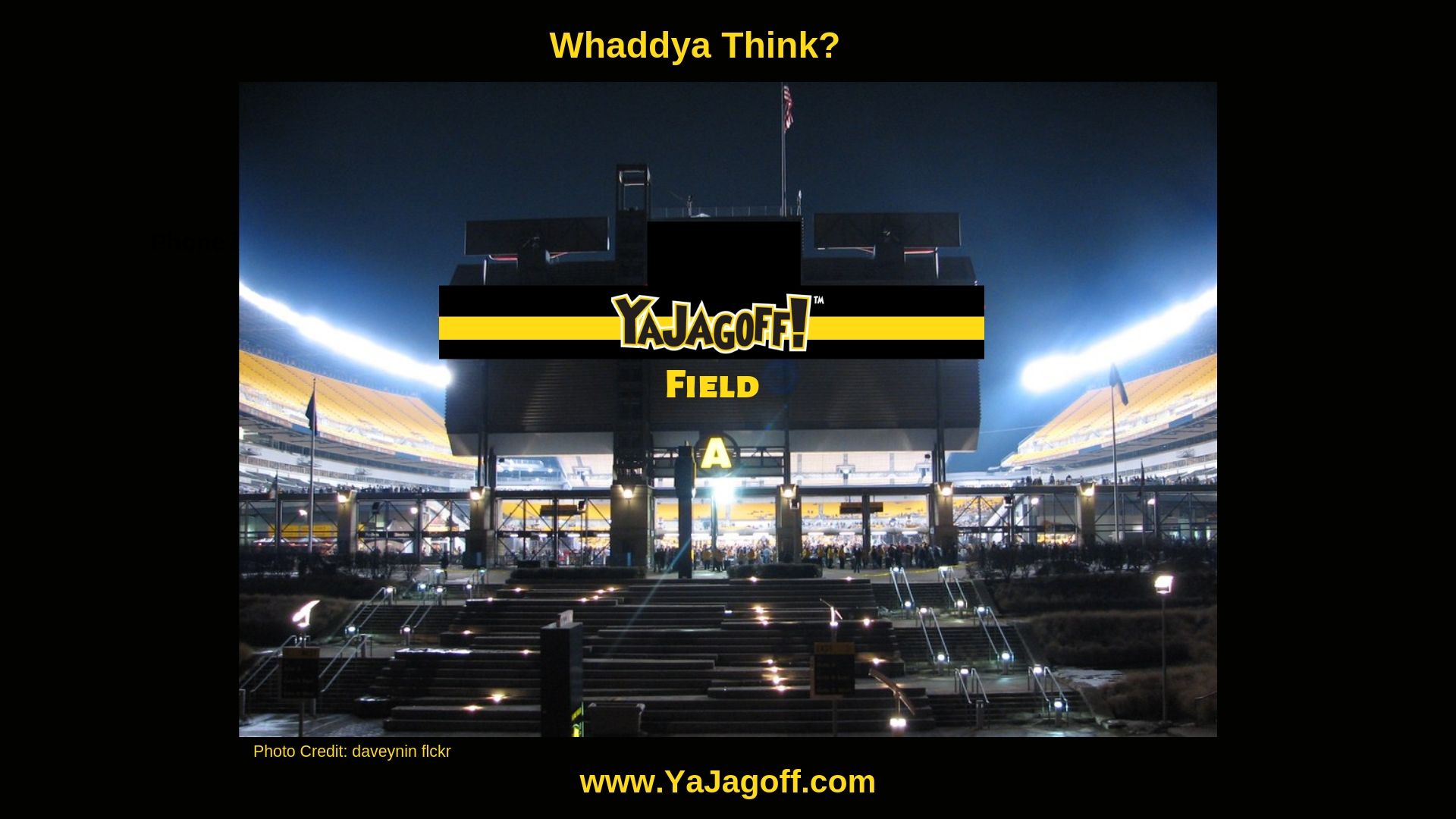 The latest rumor “floated” is that Heinz corporation may not want to keep the naming rights to the house of pain, the home of the Steelers, Heinz Field.  This, of course, after the entire area of Western Pa went absolutely bonkers over Kennywood making a decision to use Hunt’s Ketchup at the park.  We get it.. you don’t make pickles or ketchup here but, Heinz, you’re thinking those awesome animated ketchup bottles that tip on every Steelers’ score is not great national exposure?

No worries…we got this!  The owners of YaJagoff Media, (blog, videos and podcast) put on their condiment capes and are ready to save the day! That’s right. John and Rachael met with their corporation’s Board Members last weekend and have made a clever pitch to the Steelers to call the stadium, YaJagoff Field! Who wouldn’t want that?

The parking lots would be full of jacked-up Burghers who can’t park. We’d spend the majority of time on the PA system announcing #PeterParkers that have parked on the yellow lines or parked too close to the hoopty next to them!

Aaaand… instead of two silly spilling ketchup bottles, when the Steelers score, the jumbo tron will play videos of famous Pittsburghers yelling, “Touchdown, Ya Jagoff!” (Of course using the term of endearment form of the phrase!)

The original agreement was supposABLY $57M for for 20 years. The price is probably a little higher than that now but YaJagoff Media is going to propose making daily payments via Venmo.

Additionally, the company will be initiating a huge hoagie sold and YaJagoff t-shirt sale over the next 12 months. Additionally, YaJagoff Media partner, Mary Mac’s Bakehouse is planning on selling some of their awesome pies and cinnamon buns to raise funds for a new area. That area will be a place to watch games while doing hot yoga called.. of course… the “Mary Mac Bakehouse!”