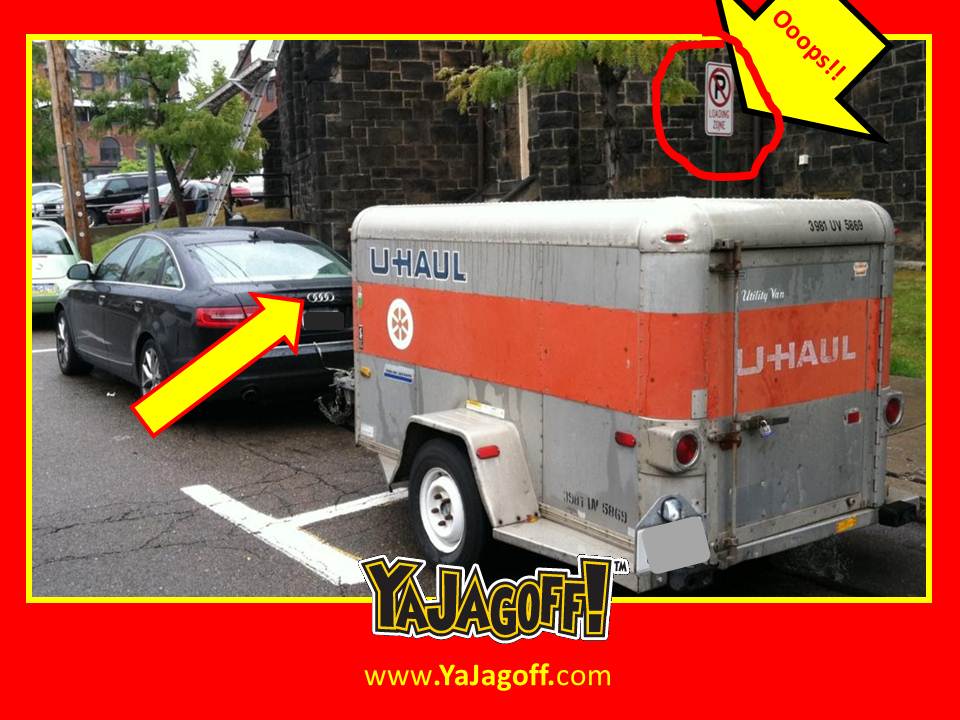 The car in the pic above is driven by one of our loyal-blog-following-t-shirt-wearing-help-with-promoting-submit-a-Jagoff-or-two email list followers.  It just so happens that the driver of this vehicle hangs out with a couple of loyal-blog-following-t-shirt-wearing-help-with-promoting-submit-a-Jagoff-or-two JAGOFF CATCHERS!!!

(Haaaa….haaaa…..Oh God….momma always said “Watch who you keep company with!”)

Here’s the message that accompanied the pic above:

“Some Jagoff in a 60K Audi pulling a trailer-trash-Sanford-and-Son-UHAUL parked in a Loading Zone in Bellevue.”

In writing this blog post, we know how PEEVED the driver of the Audi is gonna be when he opens up his email today and sees his own car.  On the other hand, as we write this, we sit here giggling with the devilish-ness of a 2nd-grade boy who just saw a hint of a nun’s girdle when she bent over to reach down to the floor and pick up the piece of chalk that fell outta that multiple-line-making-chalk-holder-thing-a-ma-jigger! 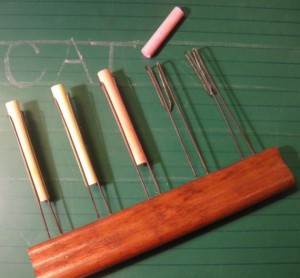 As a side note, one of our Twitter followers taught us an Audi joke a few months back:

Do ya know what the 4 circles are for in the Audi logo?  It tells you how many Jagoffs the car can hold!

Soooooo Yogi-The-UHAUL-Hauler (not his real name just in case you were wondering), we’re not sure if that circle joke is exactly true but one thing IS indeed true.  You parked in a “No Parking Loading Zone” and, unless you’re picking up old cigarette butts, coffee cups, napkins and coins from that Bellevue side street and loading them into that trailer, you were not permitted to park in the “Loading Zone!”

So hey Yogi, take that trailer and park it lLEGALLY the next time and show us that you really are “Smaaaaaaarrter than the AV-er-idge Audi-driving-trailer-hauler,” Ya Jagoff!!!

Click the Pic And See How To Get Your Shirt and