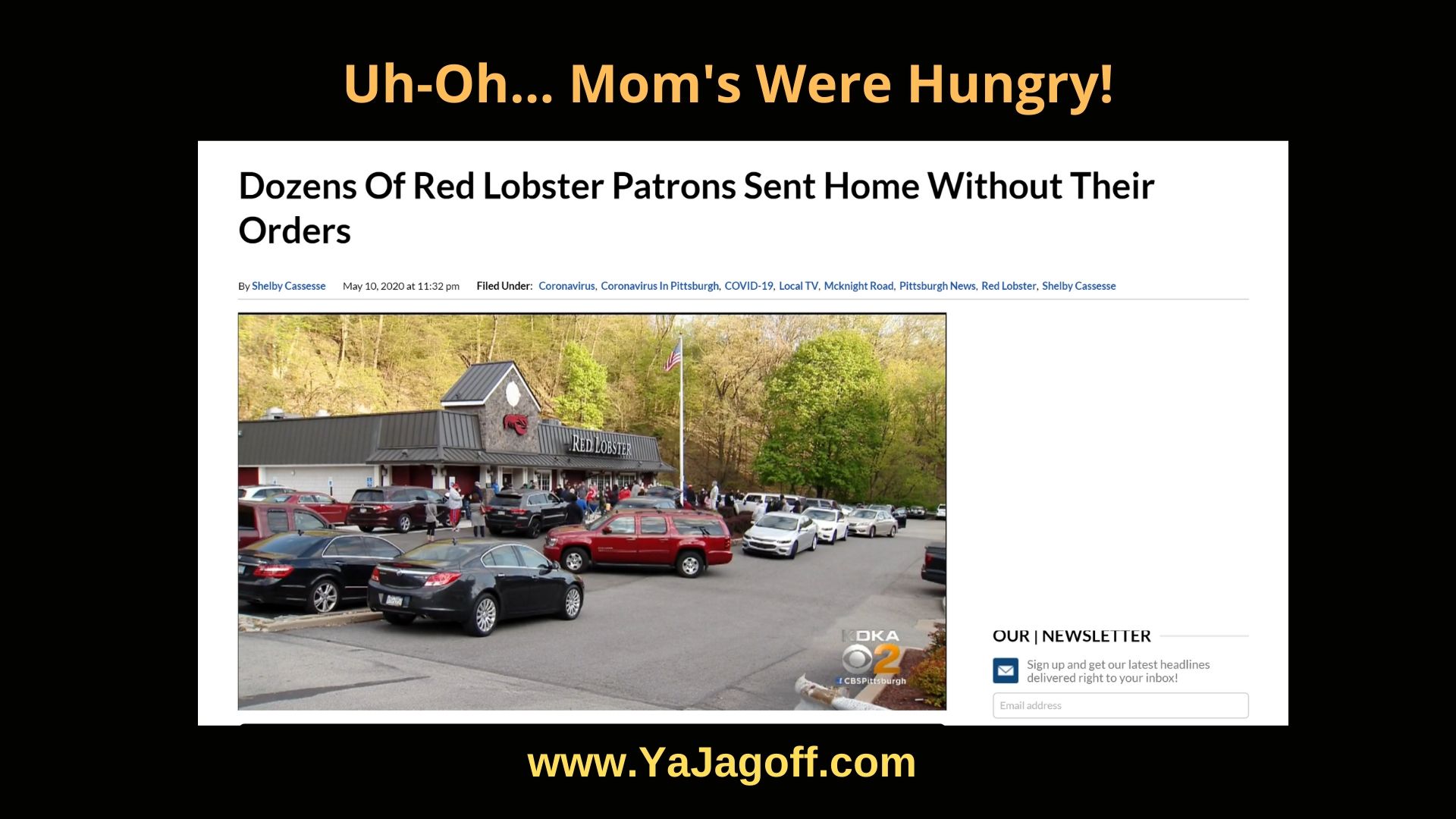 There was a food fuss all over Facebook and of all days for the fuss?  The mother of all family days: Mother’s Day.

Line-ups and car jams became the norm at some local chain restaurants during the dinner hours and lasted through the early evening. After all, the mudda of all questions on Mother’s Day is what or where to eat so momma doesn’t have to cook.  Welp, hundreds of moms had the same idea.

Longhorn Steakhouse hosted what looked like a carwash line on the first 75-degree day when people clamber to worsh their winter-mucked cars and welcome spring.  It wasn’t.  It was a line-up to get mother’s meal in the Cranberry location.  As for the king of crab legs and all things seafood? The McKnight Road Red Lobster location looked like a parking lot party. It wasn’t.

People piled into the parking lot waiting for hours and some didn’t ever receive their food.  I am talking collapsible chairs were popping up and music was playing as peeps waited not so patiently for their dinners. Some people never received meals, called news stations to complain, and restaurant staff called the police to keep hangry customers at bay.  Not Old Bay even, because again no sign of seafood for hours and many did NOT receive their meals. Yikes.

While the parking lot party was not much of a good time and people left hungry and annoyed, at least all eyes were spared from freak shell flings from crab leg cracking, not to mention butter splattering from the lobster indulgence. There is always a bright side, Ya Jagoff!