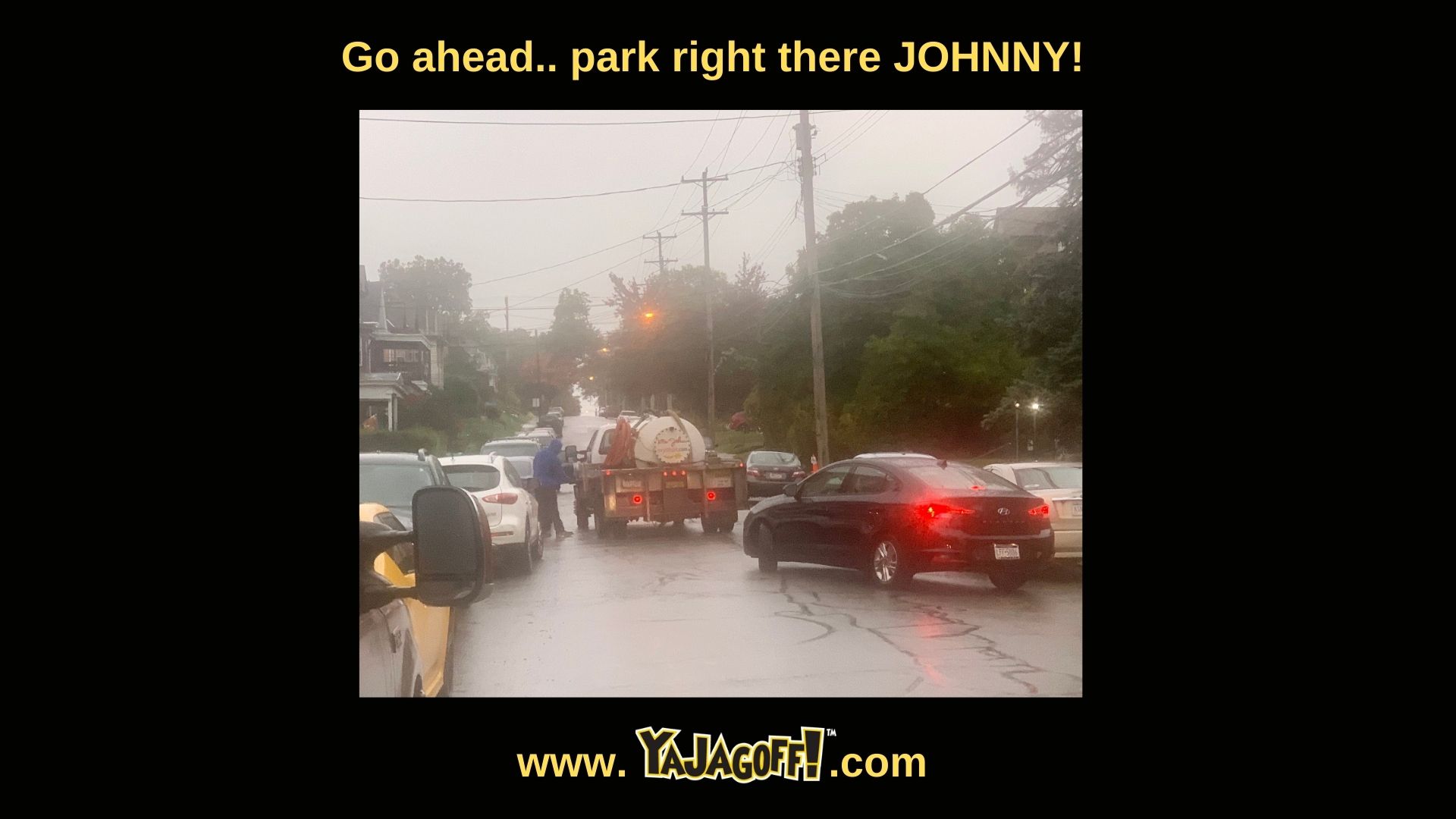 There are a few streets in the Burgh that morning rush-hour drivers use to scoot around traffic. They can take the main road and sit at a light or, make a quick turn and kind of speed through a neighborhood.  All along THINKING that they are shaving off 10-minutes from their travel time (a fairy tale of course just like the people that run a large parking lot in diagonal fashion vs. using the rows and lanes. They save about .00004 seconds.)

Well, this is a pic of one of those streets. Termon Avenue in Brighton Heights. Peeps barrel down there to cut a few seconds off of their gotta-hurry-and-getta-coffee-on-my-way-to-work path to Route 65.

But.. not THIS day. (make brake squealing noise in your head right now.) Turns out.. the rush hour drivers looked like Wyle E. Coyote running into a wall after the Road Runner painted a fake cave opening on it. Turns out, the Mr. Johnny truck decided to use rush hour to pull up to a construction site and suck out a toilet and change out TP! And, as you can see, had zero interest in pulling toward the curb on this narrow street with cars parked on both sides.  The result: all of the gotta-hurry-and-getta-coffee-on-my-way-to-work drivers had to wait! (make brake squealing noise in your head one more time for dramatic effect.)

Mr. Johnny driver, thanks for just “doing YOUR duty” in front of everyone as you were cleaning up from people who had done THEIR “duty.”  Did you not know it was rush hour? Not botthered by all of the cars stacked up behind ya? Ya clogged the Termon Ave like a low-volume toilet after someone downed an entire bottle of Miralax… Ya Jagoff!