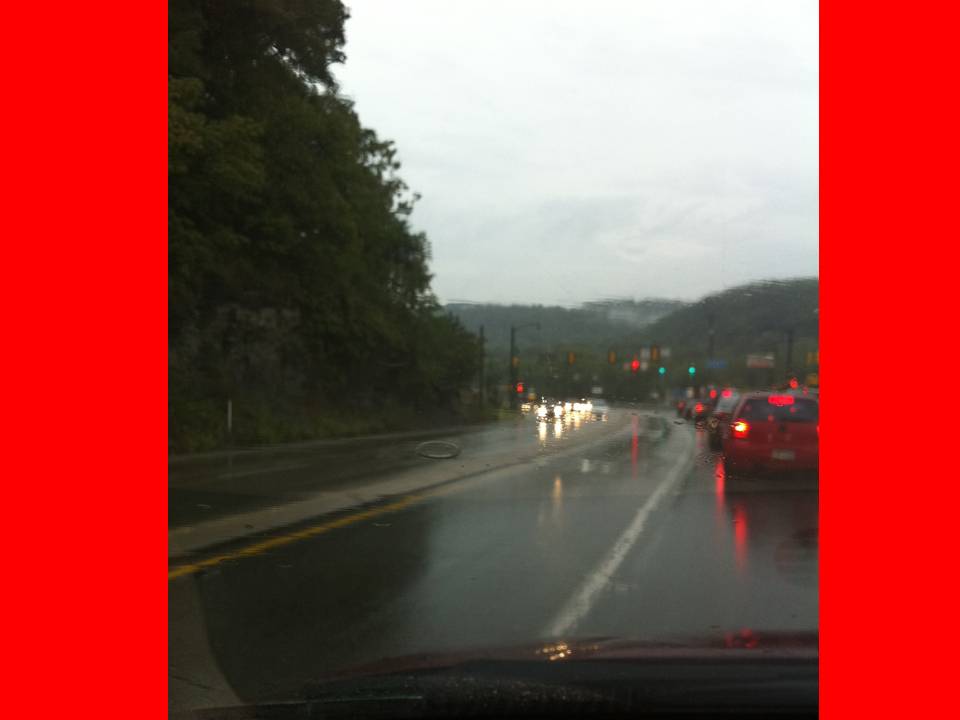 While our contract with all of you only requires us to post on Monday, Wednesday’s and Friday’s, this post just HAD to be made.  And made ASAP!!!

Yesterday it rained.  Rained some more and then it rained more.

Yesterday, IN THAT RAIN, I spent more time behind the steering wheel then most cab drivers and the Made-U-Look advertising trucks combined.  (This includes the wasted miles, in the rain and traffic, up Route 28 to Etna for the Scarehouse Crazy Scary event THAT ISN’T UNTIL NEXT WEDNESDAY.  It also includes the TOTALLY-TICKED-OFF-AT-MYSELF wasted miles on scary Route 28 in the rain and traffic GOING BACK HOME from Etna after actually READING THE DATE PRINTED ON THE TICKET …. October 19th)

Back to the rain, we don’t know what happened to everyone’s driving skills over the summer but, what we DO know, there aren’t many people around here that are ready to drive in the sleet, freezing rain and snow of the upcoming winter.  To put this in Steelers terms, our first pre-season game before the winter driving season revealed a lot of WHOLES in our ability to execute—the standard is NOT the standard at this point i.e, 25 mph in a 40mph area just cause it’s raining IS NOT THE STANDARD!!!!

One of our Facebook followers summed it up perfectly with two posts on her wall yesterday.

As per Funk and Wagnall’s official definition, “road rage” was originally spotted on a rainy Wednesday morning in Pittsburgh…..just sayin’…..

Author’s Note: We took the liberty of adding our tag line to her second quote. 🙂

THANKS TO OUR HONORARY FACEBOOK FOLLWER THERESA METELSKY FOR LETTING US USE HER QUOTE!!!

If you want tickets to the Crazy Scary event NEXT WEDNESDAY at Scarehouse, which benefits

Make Room for Kids and Christmas Crazy for Kids,

In this article: Drivers In The Rain, Pittsburgh