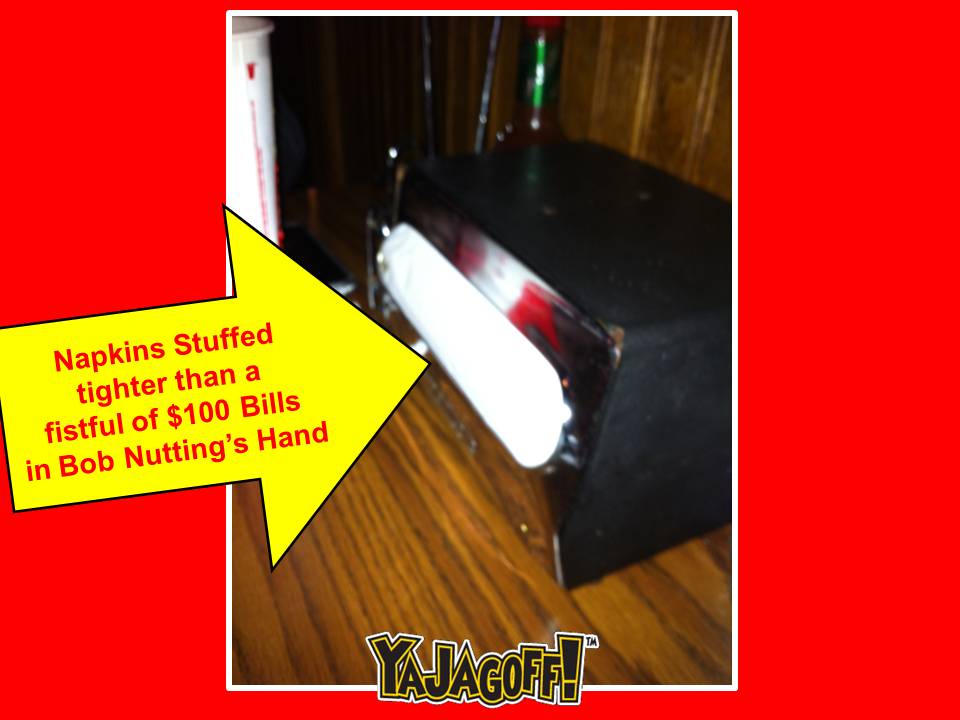 So I go to Primanti’s for .. oh, it doesn’t matter what.  Possibly it was to celebrate losing 10lbs thanks to a commitment that I made to myself to “eat more healthy.”

Either way, I KNOW that any visit to Primanti’s Brothers means lots of napkins.  So I really appreciate it when the servers stop by and plop down a 3-inch stack of napkins.

So now I’m elbows deep into a salami-and-cheese sandwich and the cole slaw juice is running down my fingers toward my wrists.  In my bestest “Primanti Table Manners,” I talk with a mouthful and say, “Can you pleath hand me a napthkin?”  What happens next is napkin travesty.

So to all servers and bus staff (in any restaurant cuz this can happen ANYWHERE not just Primanti’s), you’re not doing us any favors by power-loading the napkin holder.  It’s like putting twice as much Turtle Wax on your car because you think it’s gonna make it EXTRA SHINY, Ya Jagoffs!!!!