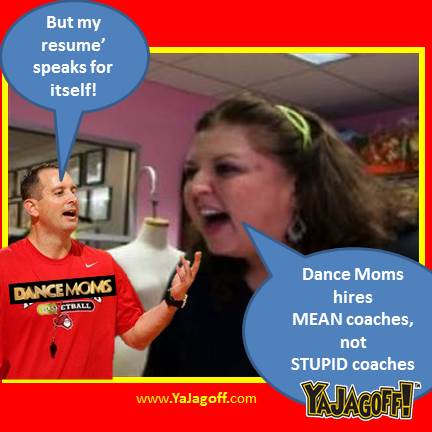 Well, unless you really DO live under a rock, you know about former RMU Men’s Basketball Coach, Mike Rice, recently of Rutgers, getting released from his duties due to some issues.

He’s accused of being too aggressive…yelling, profane language, punching, pulling, kicking and throwing things at his players.  Sounds like an episode of Housewives of New Jersey!  He’s even captured calling the players gay slurs.

Gay slurs????  JEEEEZUZ…. that’s about as trendy as a navy blue bell-bottomed leisure suit with a white belt and white platform shoes. Oh wait, betting you’ll give the old “But some of my best friends are……..” line.

So let’s go through this systematically…

Should coaches be aggressive? Yes, sometimes.. grabbing the athlete by the shirt, getting their attention…. but playing whack-a-mole with them goes a little far.  I sure hope Rice doesn’t come out with a wrongful-job-loss law suit against  the “3 Stooges.”

Should coaches throw balls at their players? Well, maybe it happens to motivate as, I think, most athletes will testify.  But on THAT note,  do ya ever picture Coach Bylsma wailing pucks at his players?  It’s pretty clear why the Rutgers players don’t know their basketball fundamentals.. they’re all taught to throw the ball at the other players’ heads and groins.. not their hands!!!

Coach Rice.. we don’t know you from anything other than the video clips that we’ve seen on the news.  And there are a lot of people around here that respect you.  On top of all of that, we love aggressive, motivating coaches. BUT……………..those tapes, wow, it starts to look REAL bad when people that watch “Dance Moms” find you offensive.

And here’s the final straw…. the other day, when this finally came out… THAT’S when you cried and felt bad about your tactics.  It all took me back to my 4th grade days of throwing spit balls at Sister Concessa when her back was turned….I was the class clown for weeks while it was going on but MAN I cried like a momma’s boy getting on his first school bus ride when I got caught….just like you did.. when once you got caught, Ya Jagoff!!

Special thanks to Sue Kerr for her help in pulling today’s blog together.

By the way, have ya seen the video spot about gay athletes from Pens tough-guy Brooks Orpik?