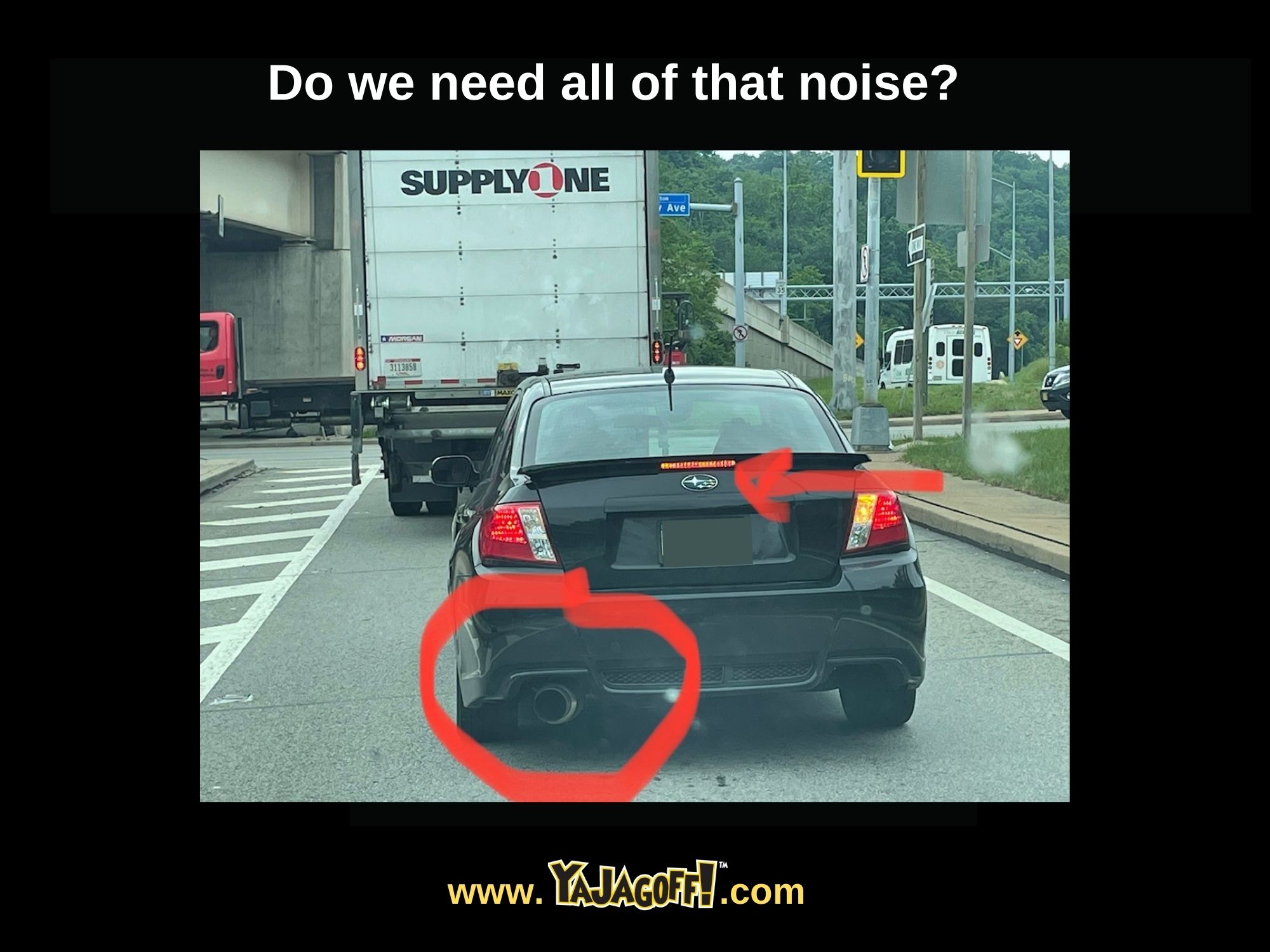 Remember as a kid, playing with a toy race car, pushing it around on the floor and making that pursed-lipped-tongueless-raspberry noise as if the engine was revving?  Well, put that simple noise on the Heinz Field P.A system, turn it up to the we-need-t0-be-louder-than-a-KISS-concert setting and that’s what this Subaru sounded like running around on Route 51.

He came from behind us.. heard him coming. Went around us… heard him, and then pulled in front of us only to be stopped at a redlight right in front of us.  At the redlight, he thought it was awesome to sit at the light and rev his engine as if the NASCAR light tree was ready to click to green.

Dude… no idea why you need such a noisy car. What’s the fascination? If my car made that kind of noise, it would mean that something is broken and I would simply turn up the radio until I had time to take it to a mechanic.  But, let’s say you wanted a cool, noisy, racing type car so ya throw a 4-barrel, 764 glass pack, 192 horses under the hood.  I don’t think Subaru is the right model for your fake race car noises. Go get yourself a real noisy car like a Camaro, Corvette or a 1979 Rambler with a bad muffler and THEN maybe you’ll look macho speeding up and down 51.  Maybe, then, you can even pretend it’s actually a real race car by using the “air stick shift” YaJagoff!