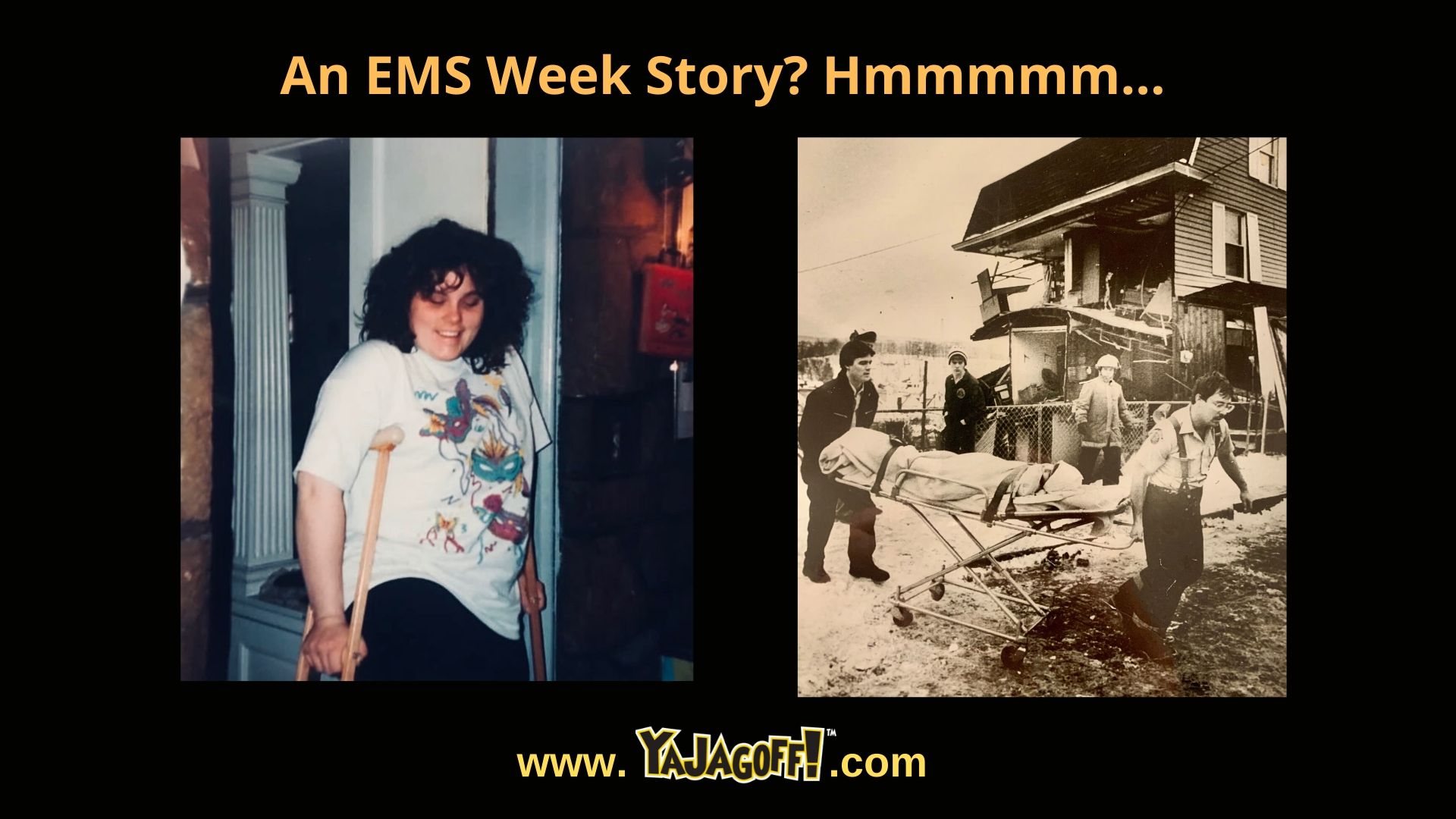 The hard work and grit of EMS workers is enough to show appreciation, but EMS hits home for the jagoffs for more reasons.

While both jagoffs credit the other for each jagoff’s success, it could have been that John was the first responder responsible for the lifesaving task. The thought of knowing someone who stops at nothing to make that happen is mind blowing.  You wonder if that were me then would I stop at nothing? In the world of EMS, the answer is yes.

If/then didn’t happen obviously, but EMS remains the common denominator of our appreciation.  Especially through the trying times of this pandemic, we salute those who are NOT in an IF/THEN, rather fight the fight daily.  Happy EMS week from the jagoffs!

My days of patient care are over.  There are many professionals out there, today, who care for patients whom they have never met and may never see again.. total strangers. Rachael and I were total strangers when her accident occurred. But cool that we are linked by a common caring individual.

Thankfully, the EMS industry, typically callous to its providers to “buck-up and move on” to the next call, has started to look inward. EMS/public safety professional’s physical and mental health, divorce, burnout and suicide rate are now under scrutiny.. THANKFULLY.

In the meantime, what can YOU do? (thanks for asking)

We realize that every profession has a week of appreciation at this point but, this week, and this week only, we are hoping you will take some action for your EMS professionals. We would appreciate it if ya did…. Ya Jagoffs! (used in the term-of-endearment form!)