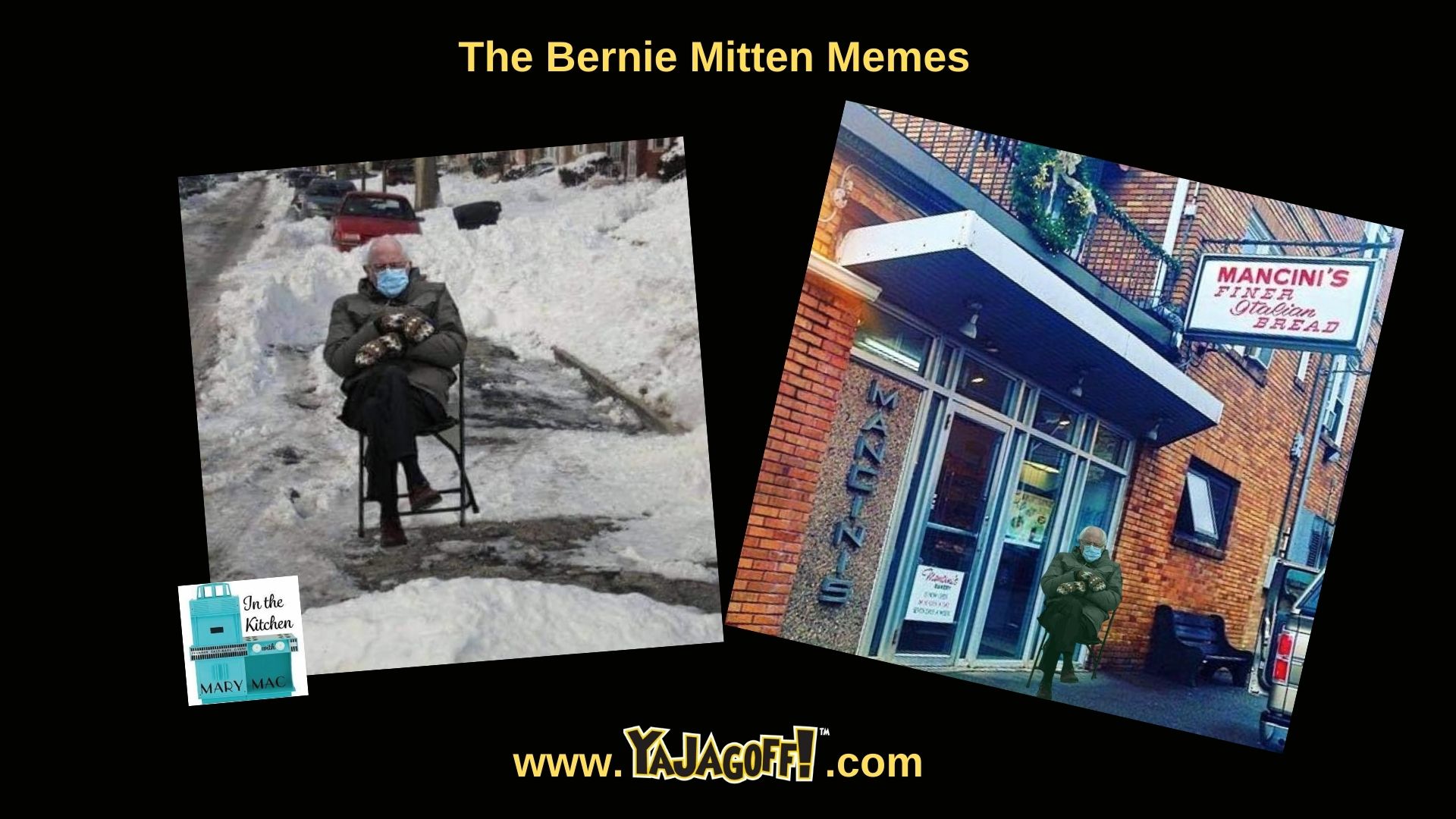 Yinzers, we have been through almost one year of a global pandemic, a few funny memes about Bernie Sanders are not going to end the world. Lighten up!

Since Wednesday, the Bernie mitten memes have been seen nationally and locally too many times to count.  In case you didn’t see, our man Bern was photographed at the Inauguration wearing oversized mittens and a coat sitting in a chair, and for Pittsburgh, it just helps enhance the parking chair.

Nationally, celebs like J-Lo were with the mitten-laden Senator, and in Pittsburgh, he showed up next to Big Ben on the bench, in front of Mancini’s waiting for bread, and even on a Kennywood coaster. Funny stuff Pittsburgh!

Supposedly a bobble head is in the works, and sweatshirts boasting the meme have already sold out!  Bern was even on Seth Myers, and unphased by the meme-a-rama.  Basically, his reply was,

“In Vermont, we dress warm.” His mitten-maker is a hit on Twitter stating she made the mittens as a gift years ago from repurposed wool sweaters and lined with fleece from recycled plastic bottles.  So, stop the political banter, this is all in fun.

Where will he turn up next?  My hope is the multiple pleas we have into the Bernie camp for a podcast interview will pan out.  Our pitch: Bernie, in Pittsburgh we dress warm, too, YaJagoff!