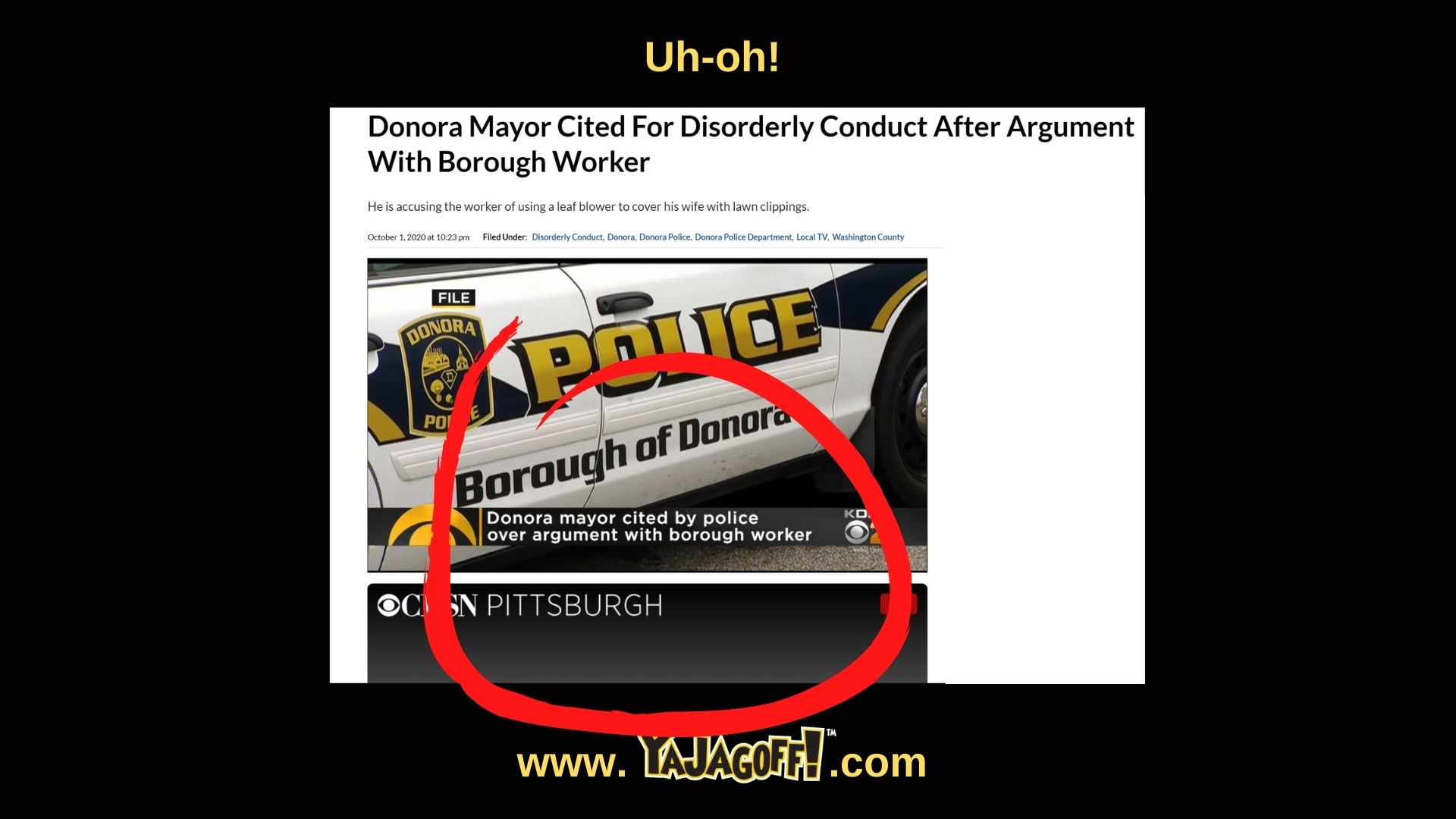 Just when you thought this week’s debate with the potential leaders of the free world was juvenile enough, a local mayor accused a city worker of covering his wife with leaves…intentionally. (See story on KDKA TV)

Did I recently hear that there has been a spike in whoopie cushion sales AND a recent dental report noted that trick gum is in serious demand?  Must have been during the intentional neighborhood water balloon fight where I overheard your momma jokes.

For realz people what world do we live in? Who woke up one day and decided that Pee Wee Herman would be a good leader OR that we should proudly live in a world with the Impractical Jokers? These are characters to laugh and to be used as a release.

There is nothing that could happen that should prompt one human being to intentionally turn a leaf blower on another person.  1. Someone could get pieces in an eye or could get scratches and scrapes. 2. In the words of Mr. Rogers, it is just not neighborly. 3. It may not be in a worker’s rule book, but it is not a good use of time. (Insert emoji with the large eyes as if confused or thinking WTH?)

To add a layer of craziness in this case, the mayor is in hot water for arguing with the worker for his action. Ummm, I guess we should be happy that he didn’t set up boobie traps to Kaplooie the worker? Not much more to say folks.  Let’s get back to a time where we are courteous and cognizant of others.  And for goodness sake, leave the antics to late night talk show hosts and Comedy Central shows, ya jagoff!