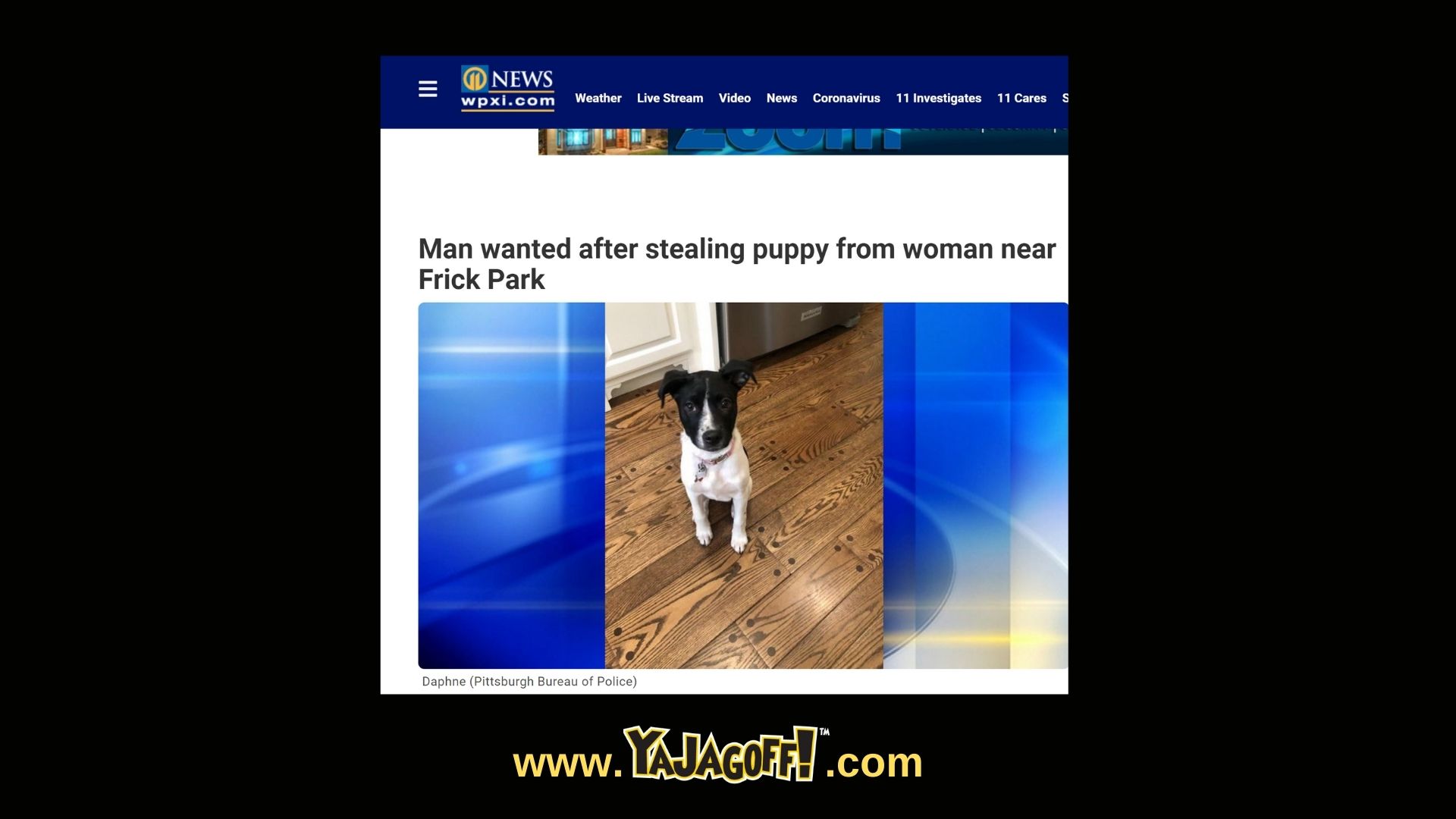 Some things in life are just a given as pleasant experiences…meeting up with someone’s nice (not mean) dog, petting it, etc. is one of those things. It’s kind of like, basic, old-fashioned “Hi ya doin’ ” stuff. But, some guy tainted THAT basic pleasantry.

The story on WPXI.com describes that a woman was walking her 4-month old puppy near Frick Park. A guy asks to pet it. He ALLEGEDLY then picked up the dog, unhooked its leash and took off with the dog.

WUT???  Who does that?? But also, WHY? Where’s he gonna walk that dog once he gets it home? There’s gonna be pics of this dog all over the internet. It ain’t like a car where the thief can paint the thing a new color in a local garage.

Either way, this has caused stress for the dog and the dog owner so, when this guy gets caught, we say, don’t let him go to jail. It’s too easy. If he likes dogs so much, dress him up, upside down, as a fire hydrant, face uncovered, spray him in dog urine to initially mark the territory, and then let all of the humane society dog residence have at him after they’ve been allowed to drink 30 gallons of water without relief.

Hey Paul-the-puppy-poacher, thanks for destroying one of the basic pleasantries of park life. Now people are gonna walk their dog handcuffed to their wrist like it’s a Blues Brothers briefcase full of harmonicas.. YaJagoff!

(sorry to the younger peeps for the ancient Blues Brothers reference! Go google it)