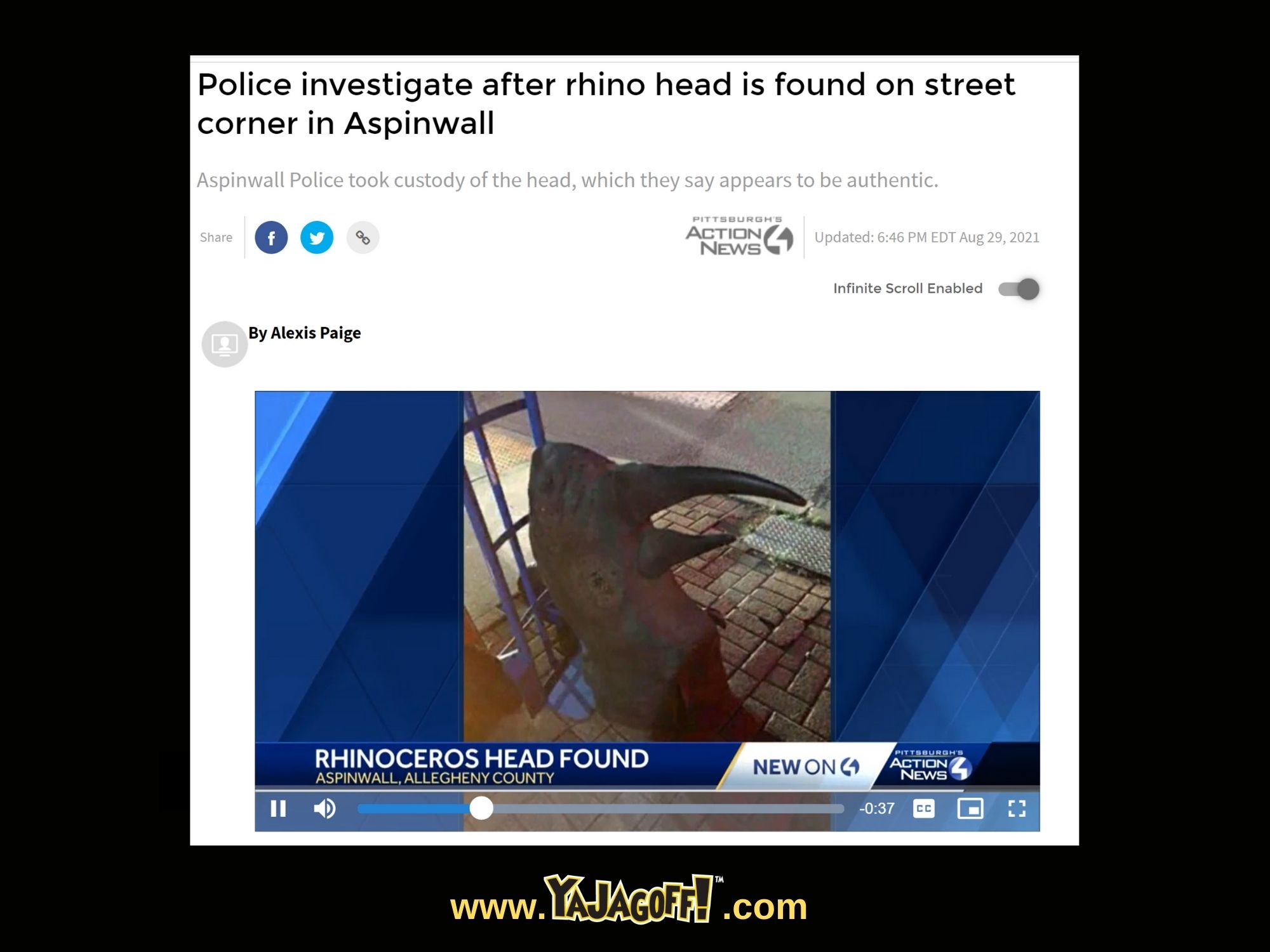 You remember how weird it was, in the old days, to find a single sock or show on the sidewalk or street?  Well, things just got WEIRDER! (Yeah! I know that’s not a real word.)

In Aspinwall, a dog walker found a taxidermied rhino head on a sidewalk.  (See story on WTAE.com.) As a matter of fact, if you look close at the pic, you can see an upright dolly that seems to be with the rhino head.  At press time, our IJU (Investigative Jagoff Unit) had still not confirmed whether or not the upright dolly had been taxidermied as well.

Here’s the kicker:  the police have video of “a guy” SAPOZABLY leaving the head and dolly there so we’re thinking that it won’t be long before we all get one of those “alleged” announcements.

Hey generic culprit, we’ll call you Al Legedly, do you not realize that there are cameras all over every neighborhood. Between, traffic cameras, business security cameras and everyone getting doorbell cameras, there are more cameras per square foot on the street than there are if you have 44 food bloggers in a 10′ x 10′ restaurant grand opening party room. You can’t get away with anything!

Seriously, Al, can’t wait until your real name is revealed so that we can get another blog post out of your reason for leaving a Rhino head on a street corner… YaJagoff!