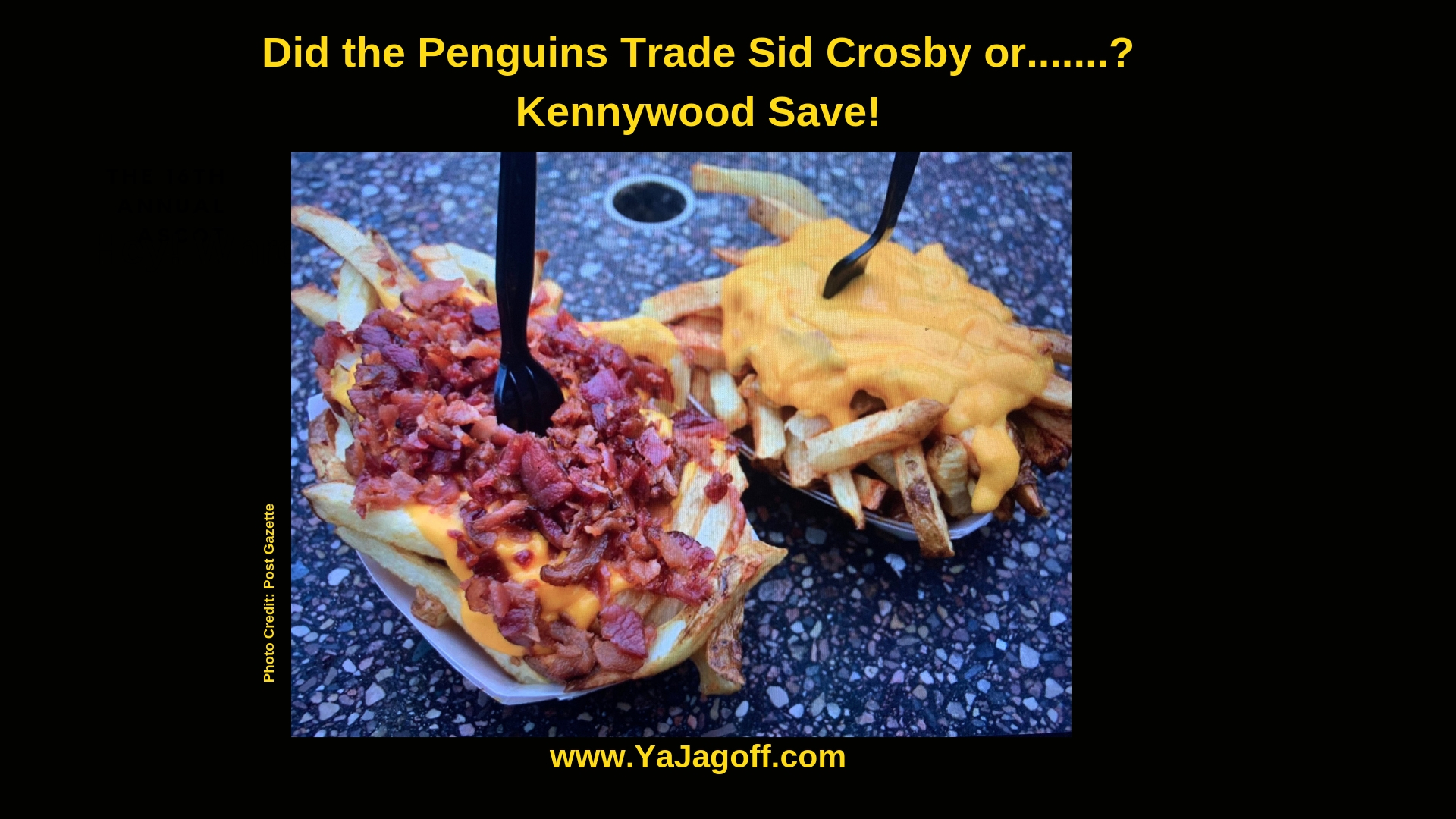 Well…. no they di’int but something worse happened over the last few days. (spoiler alert.. all is ok NOW!)

Remember when it was announced that the Civic Arena was going away? The anti-new-cheese campaign on social media was like that… only bigger.

At one point, our man, Nick Paradise, calmed the hysteria with the statement that everyone wanted to hear! He walked to the bottom of Mount Washington.. opened up 2 cement slabs full of Pittsburghese, said that he had seen a burning jagger bush that helped the Kennywood admins see the light.

He read from the stone tablets…(we are paraphrasing of course) “Ain’t no watery cheese sauce gonna touch any PP fries… the old cheese sauce was returning!”

The Ohio River split right where the mud line usually is that splits the Mon and Allegheny Rivers, and the REAL cheese sauce flowed through like manna from the north side!

Bottom line.. don’t mess with the cheese sauce OR the fries… YaJagoffs! (the term used in the friendly, term of endearment, manner for our friend Nick Paradise!)