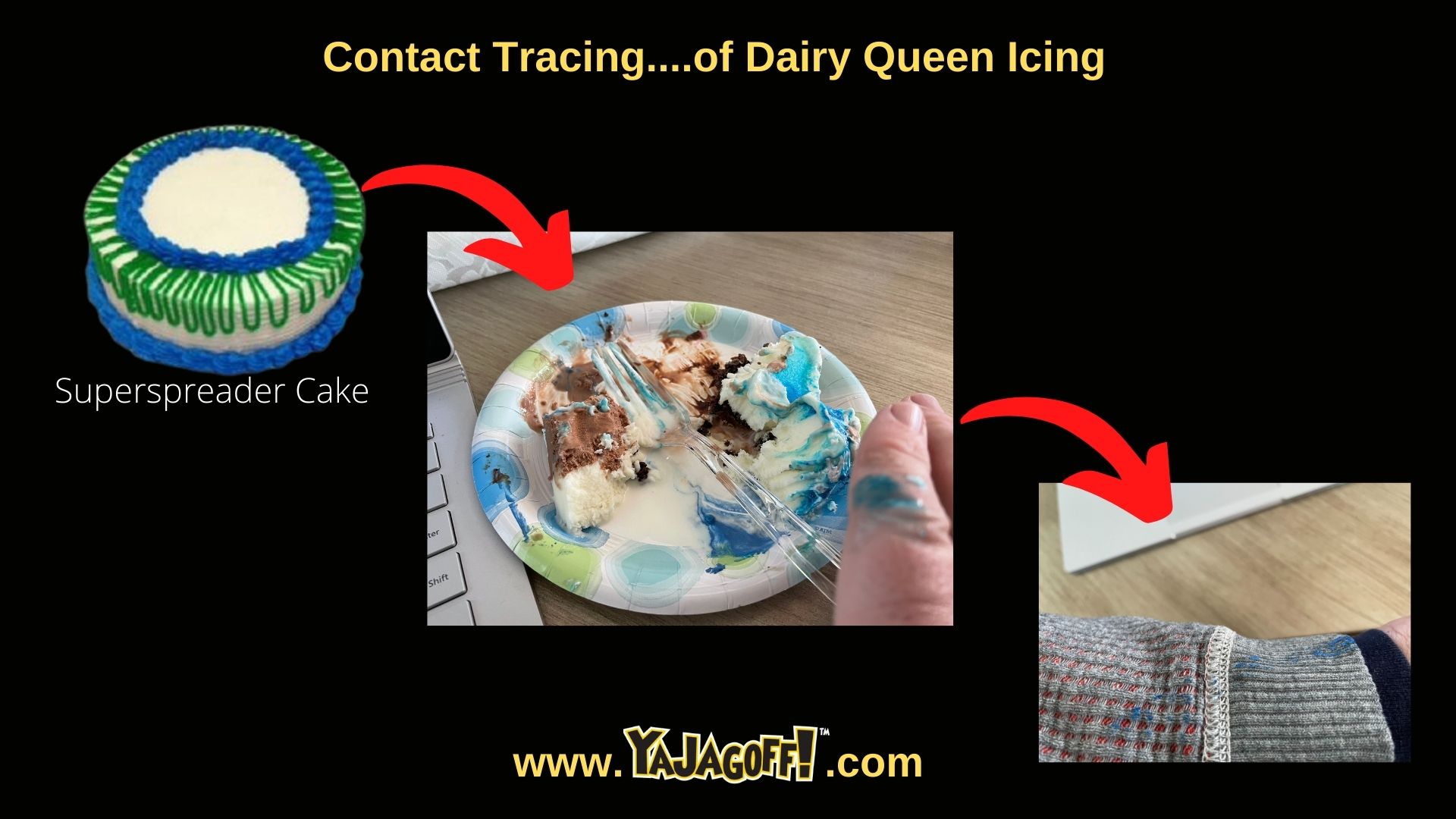 But…what are they using for the decorative icing.. the spot of color.. that seems like it’s made with some kind of NASA-level-oily-paint?  Don’t get me wrong. It tastes good to but the stuff clings on to everything.

The Rennebecks had a DQ cake in their freezer, leftover from a b-day party. I tried to serve myself a piece of said cake one day for breakfast. Seemed like a good idea at the time. But needless to say, the blue icing was the evidence of my crime. I realized some of it was on my finger, then I realized some of it was on the table, then it got on my shirt and THEN, when I saw Rachael in her kitchen wiping off the counter, where I cut the cake, I knew I was caught!  Thankfully, I got to the inside of the freezer to wipe off THAT little smear, from when I put the cake back, before she saw it!

CONSPIRACY THEORY ALERT! Bottom line, enjoy your DQ ice cream cake but, if you’re on any kind of a diet plan, be careful. DQ clearly has a covert work agreement with Weight Watchers and other diet plans to catch you if you sneak a piece.. contact tracing via their superspreader icing! It clinks to everything.

If you’re not a conspiracy theorist, you’re probably saying, “Hey John! No conspiracy here.. howzabout using a napkin to wipe the icing off your hand before you stuff the cake in your grocery hole, YaJagoff!”