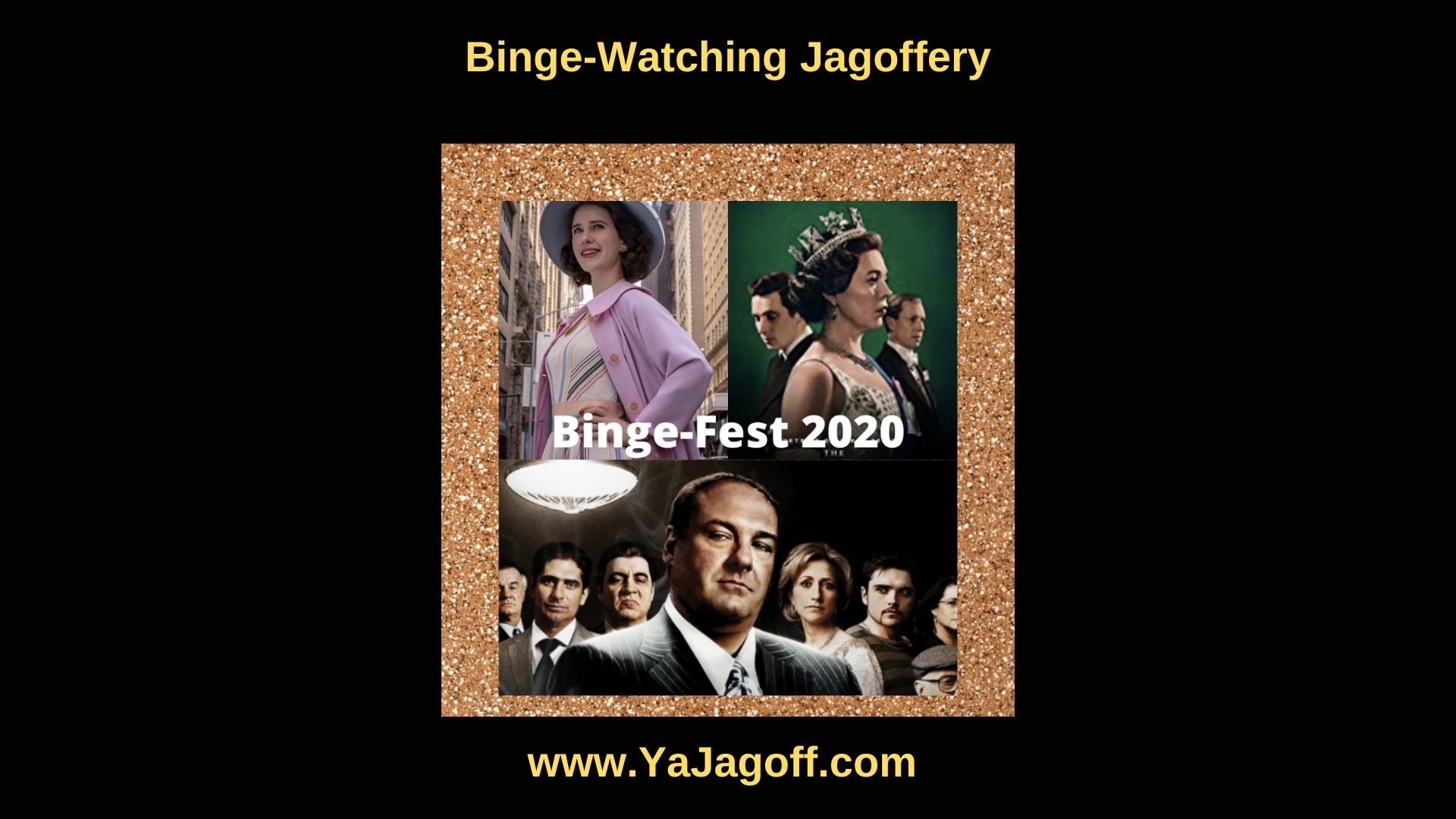 In the 80’s, Days of Our Lives, Another World and Santa Barbara consumed the afternoons.  The competing networks had The Young & The Restless, One Life to Live, as something turns blah, blah, blah.  It was all soap operas all the time.  Dynasty and Dallas still controlled the evening airwaves.

The 90’s had us humming along to I’ll be there for you, and staying tuned to the show about nothing, Seinfeld.  The series-watching catapulted other sitcoms and dramas that had people buzzing.  There was the hospital hoopla like ER and Grey’s Anatomy, funny phenoms like Wil & Grace and then Modern Family.

The digital age with Netflix and Amazon Prime and other apps created the era of binge watching and oh my gosh it is quite the craze.   Better Call Saul, Working Moms, The Marvelous Ms. Maisel, Dexter, YOU, where do you start? Maybe the scary series craze like American Horror Story, The Haunting of Hill House, Bates Motel, geez! Then there is the series of series that was and is again like Sopranos, Mad Men, Friends and the comeback of Full House, now called Fuller House.

Thank our lucky stars that the holidays are over because that is binge-watching capabilities at their finest.  Early mornings and late nights to start and finish a series to get to the next group of episodes in the series.  But then that series is on hiatus making the new series, so a new series has to start.  Then a new series has that hold because that iconic character like John Stamos makes a cameo and you are in hook, line and sinker.

So, now I can join FB groups and chime in on IG comments and tweet back about Spinning Out and the Messiah, plus The Good Place and The Blacklist and.….wait a minute you sneaks.  These have been on network TV.  This binging thing is not easy.  So many series to watch and so little time.  But I am committed to a few series and I consider binge-watching an art, and I am an appreciater of it.  Don’t judge the binging, ya jagoff!