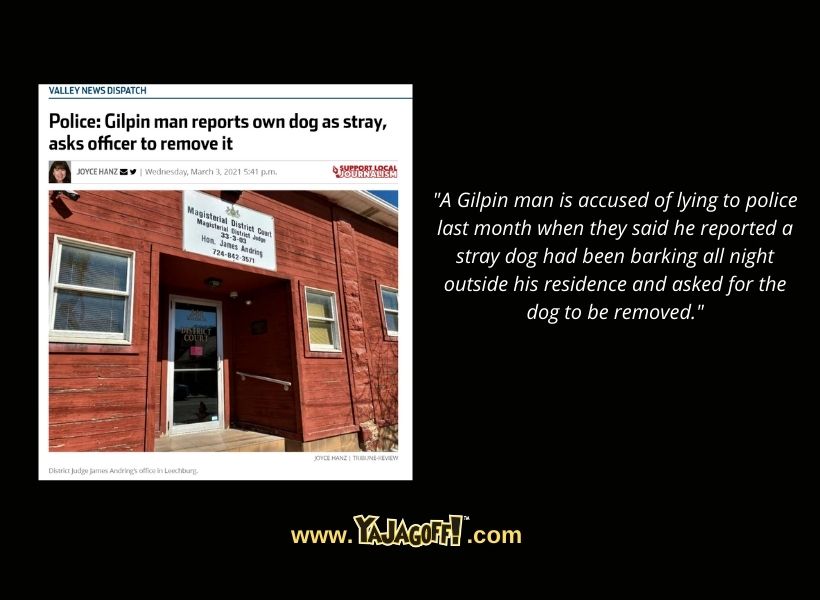 Pro tip: Don’t post pics of you with your dog on social media if you think you might wanna call the cops on them sometime in the future!

The neighbors provided police with a Facebook photo showing Brumbaugh with two dogs, including the purported stray, the complaint said.

Police said Brumbaugh became “vulgar” when asked if the dog was his, but later admitted it was

Haaa.. I always say.. it’s ok to be stupid every once in a while, everyone has their moments. But, when you’re being stupid and mean and loud about it, well…that’s STOOOOPID.

Just goes to show ya, some PEOPLE should be required to have a license to have a dog vs. the dog have any kind of license. Good luck at the magistrate hearing. Second Pro tip: if you’re car starts to make a loud noise, don’t call the cops to say someone left it in front of your house!  Just turn the radio up and drive the crap outta of it like the rest of us do… YaJagoff!