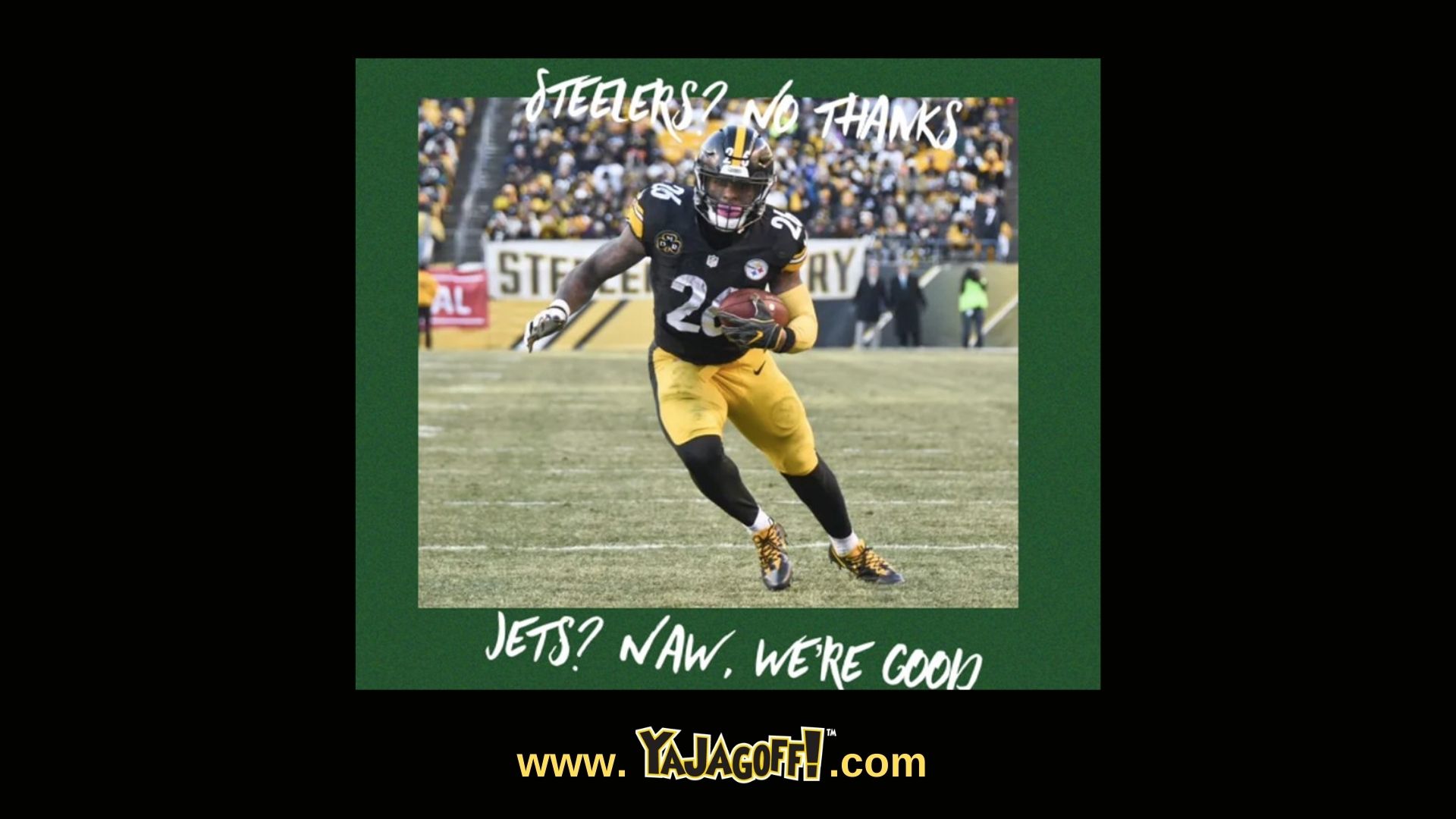 My kids regularly remind me of my unique ability of making up songs that express my emotions or reflect current events.  Ok, it annoys the hell out of them.  So, when news struck about Leveon Bell, I easily quipped ‘Bye, Ba Ba Ba Bell with the Jets.’  Could NOT resist.

With the ‘Lers having a kick a@@ season, happily sitting with a 4-0 record, it is hard to believe that the Bell bull was buzzing a little over a year ago. His antics weren’t quite at the Antonio Brown level, but his tardiness, lack of team interest and non-accountability gave him the title of team headache at one point. The black and gold hurriedly rid of their Bell jerseys, and even craze of Bell leggings, once Steelers nation was sure that Bell was outta the Burgh.

No surprise that there was no big story surrounding Bell’s departure, just that the Jets had been shopping Bell, but guess what?  No takers.  So, it was an N’Sync kinda mid-week for Bell with a bye, bye, bye, bye-bye. No gloating Steeler nation, Bell is water under the city of bridges.

In fact, if ya get the urge to purge some negative comments about Bell, just think, the black and gold is going strong.  Each game is another positive outcome.  Repeat after me, here we go Steelers, here we go. (To the tune of Renegade of course.)  Bye Bell, ya jagoff!