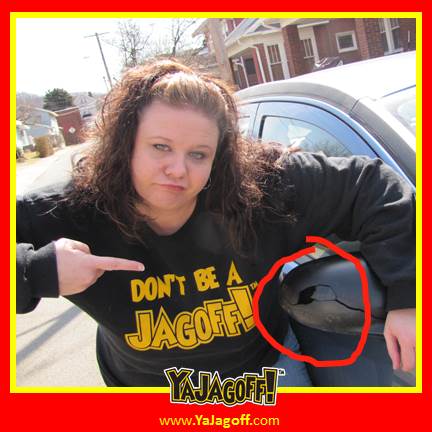 Our April Fool’s Day post comes from Tiffany Harkleroad of Tales From A Small Town, and is part of a special day of April Fools Guest Blogs from other Pittsburgh Bloggers.

You can see MY post over on Sean’s Ramblings.

Even though I claim Pittsburgh affiliation, truth of the matter is that I live in Kittanning.

For the few Pittsburghers who actually know where Kittanning is, it may as well be Canada.  We all know to a real burgher, nothing of value lies north of the Highland Park bridge when you are driving good old Rt. 28. I live in a town that, to city folks, is about as interesting as three year old Readers’ Digest at the dentist office, so if I ever want to see my burgh dwelling friends, I have to journey to the Steel City.

Consequently, I recently took a trip to Lawrenceville.  As an up-and-coming neighborhood, it is no secret that Lawrenceville, or L-ville as the kids call it these days, is chock full of hipsters.  Boutiques spring up like dandelions, run by mop haired poppets in skinny jeans smoking French cigarettes.  Every noun is preceded by words like handmade, artisanal, and vintage-inspired.  Their bible is the newest ModCloth Look Book.  None of this is bad, nor are hipsters bad, not really.  I simply cannot relate.

To the hipster, I am square, uncool, and old.  Me, with my outdated iPhone, my lack of desire to drink PBR, and my (gasp) late 1970s birth date.  To a hipster, I am a very nerdy dinosaur, and not even the cool kind of nerdy at that.  I am the Cadillac to their stacked bicycle.  But the lull of the hipster is strong, and as I crossed the 40th Street Bridge, I had the overwhelming urge to immediately Instagram everything.

As I was driving down one of the side streets, one more narrow than a bike lane, with cars parked on both sides, a gigantic SUV came barreling up it.  This thing was the size of a fighter jet, and its pilot was doing mach 5 straight at me.  Despite the fact that I was as far over as possible, this behemoth was not moving. It became apparent that my car was not coming out of this unscathed.  I had to make a choice, do I get hit head on, or let her push me into a parked car?  I opted to let the car push me over.  It resulted in the casing for my passenger side mirror getting obliterated like the Death Star.  I may have let out a string of words like “gosh and gee willikers” while the road hog went off without a care in the world.

After inspecting my damage, I headed off to eat a $20 artisanal salad, and try to forget my troubles.  I could not help but notice, while I walked several blocks of Lawrenceville, many a car had damaged side mirrors.  So, clearly, this Jagoff and others like her have been busy.

Well, Lawrenceville, thanks anyway for the hospitality, and watch your side mirrors YA JAGOFF.

Read more of the April Fools Guest blogs such as:

Oh Honestly, Erin for everybody loves you… (www.everybodylovesyou.net)

everybody loves you… for The Great Scott! Blog (www.thegreatscottblog.com)

Shannon from Librarian Lists and Letters for PrettyBurgh.com