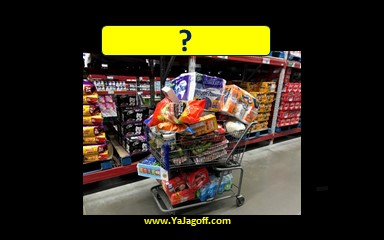 It is a topic that has to be top of mind every day as people plan their days.  So many certainly have an opinion about it but talking too much about it makes it even more real.  It’s not quite the government shutdown, but it may be driving mom’s and those tasked as the family grocery getters to lose their $%!#!

It is the #aisleblock syndrome.  Yep, I created a hashtag because it single handedly created the curbside pick-up movement.  Now, I am not knocking that option, but just like Amazon became every retailer’s competition, curbside pick-up is now the arch nemesis of grocery stores. Thank the #aisleblocker for ending the proper cantaloupe feel as well as the right piece of meat look-over the glasses stare down.

But, we saw it coming.  Kuhns made their aisles way too narrow, Giant Eagle jam packed their end caps, and Sam’s Club and Costco made their carts way too big to maneuver. So here it is the #aisleblocker era that spawned curbside pick-up.  Bye-bye friendly butcher, see ya happy scanner who wears the nametag proudly, and forget the romantic possibility of finding “the one” amidst the mangos.

I will start using curbside, sure.  It may help resolve the cart overload stuck in the middle of the aisle craze that drove me nuts, but what happens when the guy in front of me for curbside pick-up takes up too much space and won’t move his car up enough for me to get in line? Then what, curbside jagoffs!