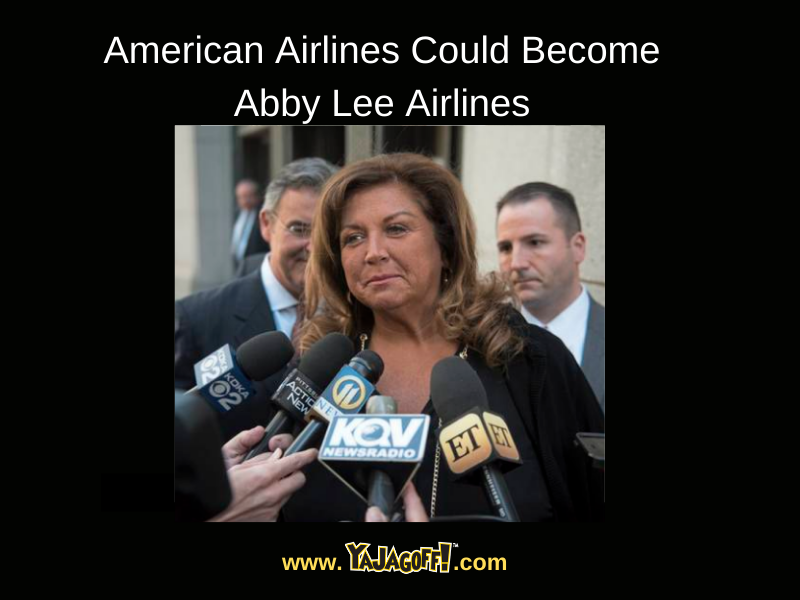 Could Abby Lee Miller secretly be sabotaging American Airlines?  Remember last week’s blog post about the airlines canceling flight after flight and with no real time to prepare? I mean I am no conspiracy theorist but could Abs be behind it?  Like secretly calling off flights in her fit of anger with the airline?

The Dance Moms creator who is notorious for negative news is supposedly suing American Airlines for dropping her while transporting her between two wheelchairs.  No laughing matter that she has to be transported via a wheelchair, but what is worse in this instance? The fact that she was dropped between a transport or the fact that she is so peeved that she is actually suing an airline? I mean sister is no stranger to courts since she served time in prison for hiding almost a million dollars when she declared bankruptcy. But again, the airlines are not the most diligent peeps either.

The good news is the occurrence was in 2019, and it was a VISIT to Pittsburgh, so she had time to find another city to yell at young aspiring dancers and their over the top moms while she waited for the lawsuit to come to fruition. As for the airlines, watch your back. Abby Lee is a scary vindictive instructor, and your wheelchair handlers dropped her, ya jagoff!

Full article thanks to TribLIVE