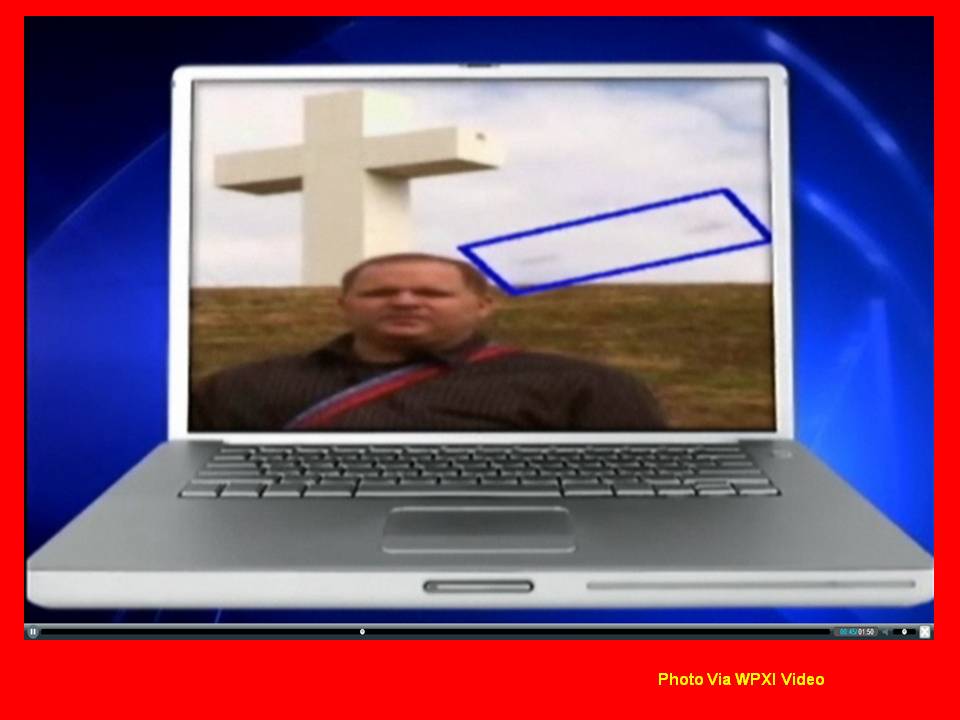 Last night on Facebook we actually had BREAKING JAGOFF NEWS all over the place.  But in yesterday’s post, we promised we would write about this guy today. For the record, we may need days ADDED to each week so that we can keep up with the submitted Jagoff stories.  Be sure you follow us on Facebook or add yourself to our email list!

We actually do not have an opinion on the existence of UFO’s.  But if we did, we would say they exist.  The standard joke-line about UFO’s, however, is, “Why do these aliens always seem to show up in RURAL areas?”

We’re not saying that this guy could NOT have captured a UFO on his video.  What we ARE saying is, isn’t it suspicious that he JUST HAPPENED to call this out  TWO DAYS AFTER a convention called “The Pittsburgh UFO Bigfoot Conference ended???” (See write-up from JanePitt HERE)  Did we check Harry’s wallet for a conference souvenir name tag?

This is why WE don’t suggest sneaking into “AARP” conferences for free snacks– because we may suddenly find ourselves getting up to urinate three times due to psychosomatic side effects!

Harry Metz says that while he was filming a guy standing in front of the Jumonsville Cross (literally JUST STANDING THERE as you can see in the video) these two SOMETHINGS speed by the lens.  Harry says he only saw it while he was editing the video AND, while they were at the scene, they never heard anything.

Hmmmmmmmmmmmmm….Now the Cyril Wecht side of us comes out.

1)  They were shooting video but, watch the guy.. he’s just standing there like “Wuuuuuuuut?” kind of look on his face SWAGGIN his manbag strap.  (It’s VIDEO big guy,  if you don’t move a little, this is going to be one of the WORST demo tapes ever submitted as the replacement for KDKA-TV Traffic reporter Jim Lokay!)

2) Harry noticed this a few days after the video shoot and, coincidentally,  THE CONFERENCE

3) Ever see those times when WPXI Traffic Reporter Trisha Pitman shows a traffic camera and there’s a bug on the lens? BINGO!!!!!!!

Soooooo Harry-Metz-Sally-And-Possibly-An-Alien, God bless ya for getting this on the news.  But we think that you and The-Real-Life-Mister-Bill-with-his-manbag MIGHT have had some seeds planted at the recent UFO conference (hey it was a cool thing to do while the ladies were at bingo).  And now your just DYING to be the guys that catch yourselves an alien.  PLEASE don’t attend a conference on the Shroud of Turin, we don’t want ya seeing the Lord’s face in a piece of toast.  In the meantime, we think you should be a little more practical in your theoryISMS.

What WAS that something flying by the lens?  Think stinkbugs, Ya Jagoffs!