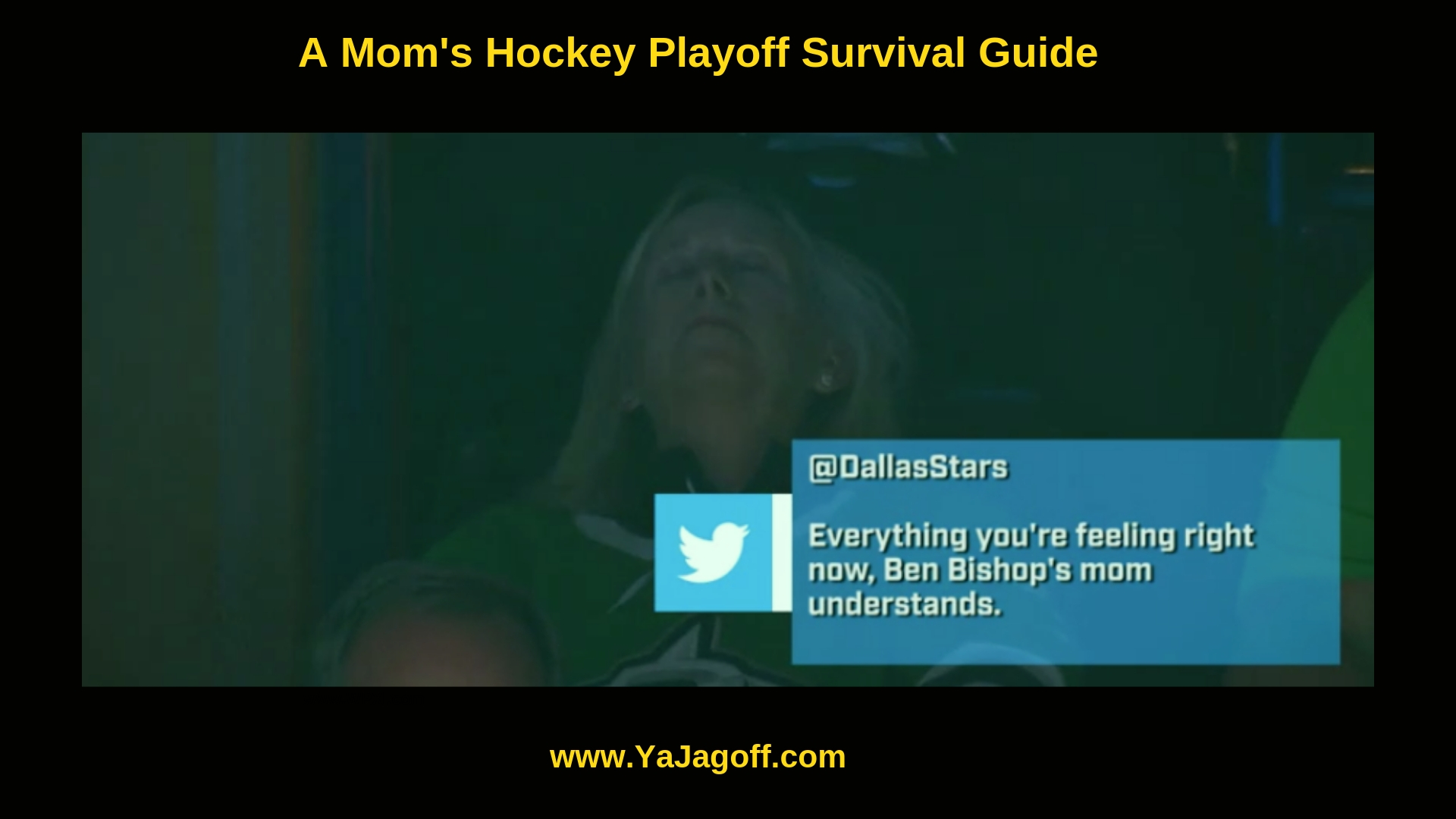 It is the first time in NHL playoff history that 3 game #seven’s went into overtime. Pretty cool statistic! The playoff battles have kept disappointed Pittsburgh fans content with watching good hockey… even though it is not our home team competing.

Why does it intrigue me? I mean the Penguins are out and with three dudes in my house, there is certainly a divided- opinion on who will be the Stanley Cup champs. So, here’s the hockey moms guide to successful “hockey talk” in YOUR household:

Do enough research on the remaining teams to engage in the conversation at home, but don’t overdo it.

Do not choose a winner based on appealing uniforms, appealing skaters, your favorite color OR cities you have visited!

Do figure out fun facts and one-line statistics (like my intro sentence—which I copy and pasted from my husband’s text this morning) that are sufficient-enough to hold a conversation.

Do not boast about a particular player in a current game because you don’t know what his regular season persona was like. (Like never say something nice about Ovechkin!)

Do listen to Mark Madden just enough to understand what irritates people and what ‘story’ is trending.

Don’t randomly pick a team because the underdog in your household thinks they are the winner. (This is wise because I always go with my middle son since he is often more wrong.)

You can do it.  We are in the home stretch…it is almost chill, nacho-eating, beer-drinking Pirate game-attending time when everything is simpler.  For now, survive the rest of the NHL season.

My trick?  Practice a little bit of hockey sense, 16 years of momming and acknowledge the thrill that we are no longer talking about Bell or Brown. Whatever you do, do not be that girl, that person who inserts a how about them Pens comment in a conversation, Ya Jagoff!