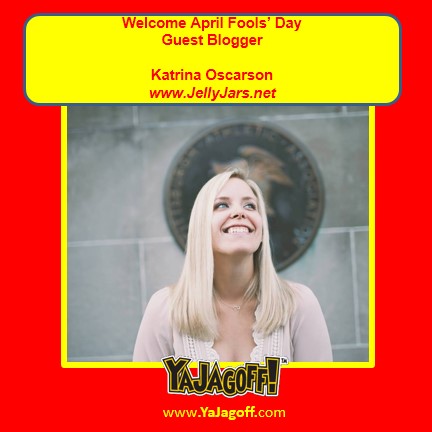 Today’s post comes from Katrina Oscarson of the JellyJars blog.

You can see my post over on Librarian Lists and Letters blog, where I list, “What’s Happening on my Bookshelf”  Hint: I haven’t ready many books.

I work in a government office. It’s not a very popular place in the public eye, sort of the bastard child of government offices, but for the sake of anonymity we’ll say I work for the IRS.  There are 3 IRS offices in our building and all the phone numbers scramble. This means when someone from my office calls you, the number on the caller ID is not their number. For whatever reason, instead of these scrambled numbers directing back to our main office, calls from all 3 offices come to the office I work in. At least five times a day, I have the following conversation:

*phone rings, I pick up*

Jagoff: Somebody called me?

Me: I’m sorry, all of our numbers scramble on caller ID, do you know who may have called you?

Jagoff: Who is this?

Jagoff: Why is the IRS calling me?! What do you want with me? Who called? I don’t even have any money.

Me: Sir, I don’t know who called you; it could have been anyone from our office, or a different office in this building.

Me: It could have been a wrong number?

Jagoff: Oh, yea, it was a wrong number.

Now aside from the fact that not one single person listens to what I say when I pick up the phone (I’m going to start answering “Psychic Pizza. $14.83. About thirty minutes.”) Who are these people that just dial back unknown numbers that call them? They don’t care who it is enough to answer the phone, but they will call back and berate me for not knowing who called them. I don’t answer unknown numbers and I sure as hell don’t call them back. If you aren’t one of the ~50 people in my phone, I don’t want to hear from you. (And I might not even want to hear from you if you are one of the 50.)

But the WORST, the WORST are the ones who, once we go through the whole song and dance, instead of admitting that it may have been a wrong number, are the people who say, “Oh, well let me listen to my message and call you back.” YES. DO THAT. Listen to the message that the person who called you left which most likely includes their name, number and reason for calling and please stop harassing the poor peon who answers the phone…Ya Jagoff.

D&T In the Burgh

Tall Tales from a Small Town