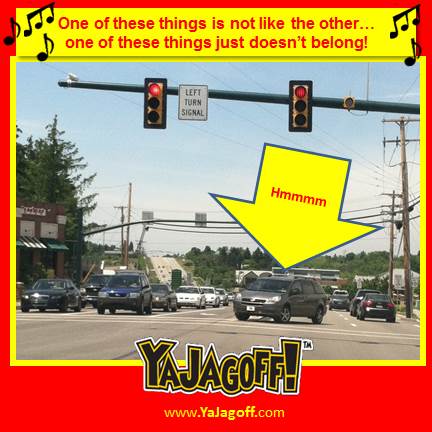 You know the song from Sesame Street….

One of these things is not like the other.

One of these things just DOESN’T belong.

(You’re welcome for having that song stuck in your head all day!)

Now we knew you’d be somewhat dazed and confused coming into a Monday wondering if INDEED hell froze over, given our Pirates have the best record in ALL OF BASEBALL!  So, we made it easy and pointed it out for you what was not like the other!

Sort of like that driving game when you see those signs “Hidden Driveway” along the road ….they sort of take the fun out of looking for the thing!!

But back to the photo at hand….this was the tweet that came with this pic above from the northern suburbs:

Yes, this Jagoff is driving south in the North bound lane.

Maybe the person in the mini-van is listening to a different song.. like the LMFAO song, “Sexy And I Know It.”

“When I PARK in the spot, (yea) this is what I see (okay). Everybody stopped and they starin’ at me.”

Of course everyone is staring at you (and taking your picture to post on the internet)….you’re driving like you think you’re in Australia mate!!!

What do you think the odds are that, if you gave this driver a horn, that they would have thrown a finger as if YOU were doing something wrong?

One note Ope… just because the GPS unit is INCESSANTLY saying, “Recalculating, make a U turn!” doesn’t mean you should initiate a game of chicken with the oncoming traffic of Route 19, Ya Jagoff!

Thanks to Email Subscriber, Chuck E. Stugots, for being today’s Jagoff Catcher! 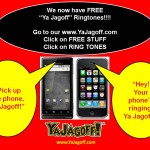