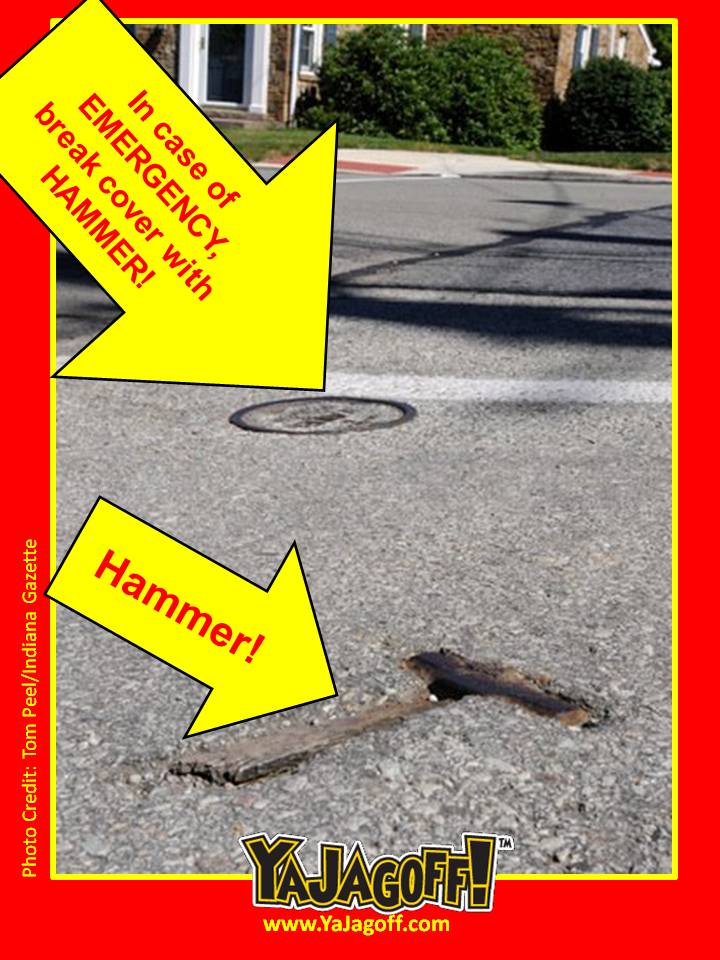 Surely you have seen those photos of a dead animal in the middle of a road with the double yellow line painted over it.  Who knows if they are real or photo shopped.  But bet your IUP drinking cup, this one is the real thing.  It’s a pic from the Indiana Gazette.  Here’s the message posted with it:

A hammer that had apparently been left on the road and rolled over, now seems to be a permanent part of the road at Locust and Fourth streets in Indiana.

At the time we were writing this, it still had not been confirmed if this was a contractor or municipal employees who, when they got back to the garage, were wondering, “Where in the @$*! did I put that hammer?” Well, look no further astute road-pavers, Indiana Gazette photographer, Tom Peel, found it!

Here’ what we think is the funniest thing about this photo.  More than likely, a steam roller smashed it into the asphalt.   How fast does a steam roller go?  Yeah….slower than Pedro Alvarez rounding third on an inside-the-park homerun attempt!

Hey construction dudes and dudettes, this pic really isn’t a big deal trophy to incompetence but, if the steamroller driver was watching what he was doing, once he/she saw the hammer on the ground in front of him, we feel sure that he could have radioed to the project supervisor that there was a hammer laying in his path, that project supervisor could have finished his cigarette, walked over to the water cooler, grabbed a little white-cone cup, filled it 3 times with water, then radioed to the SLOW/STOP sign-holder on Locust, who would have let 27 more cars through, then turned their sign to STOP, then walked over to the cone-placer guy who was waiting for the tar-squeegee guy to finish so that he could pick the cones back up, and asked, “How about those Pirates?” and then after they talked about McCutcheon’s recent batting average, walked over, signaled to the steam roller guy that he was going to pick up the hammer in his path, took two last drags on his cigarrette, threw it to the ground, stamped on it with his steel-toed boot with a twist, then exhaled a chest full of smoke, walked over, leaned down, picked up the hammer and walked away before the steam roller traveled 6 more feet.

But then again, who are we to judge?  Next time throw a candlestick, rope, knife, and a lead pipe in front of the steam roller, then we can have a big game of Indiana “Clue.” Thanks for the smile and the blog material, Ya Jagoffs! 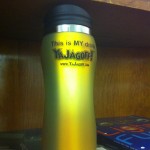 In this article: Indiana Gazette, Jagoff, Pittsburgh, Pittsburghese, Ya Jagoff