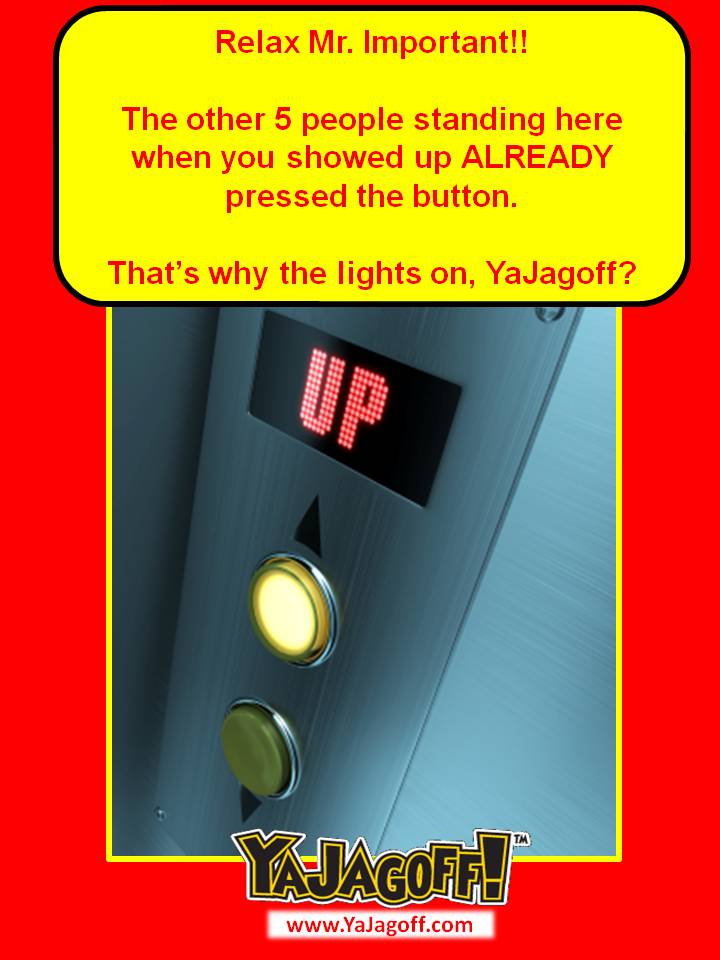 If you were in THAT much of a hurry walk.  With your antsy energy, you could have been to the top of the UPMC-but-most-people-still-call-it-the-steel building by the time the rest of us got to the first floor.  And quit pumping the UP button like you’re priming the fuel line of  a cheap WalMart lawn mower.  Pumping the button does NOT make the elevator come any faster, Ya Jagoff!